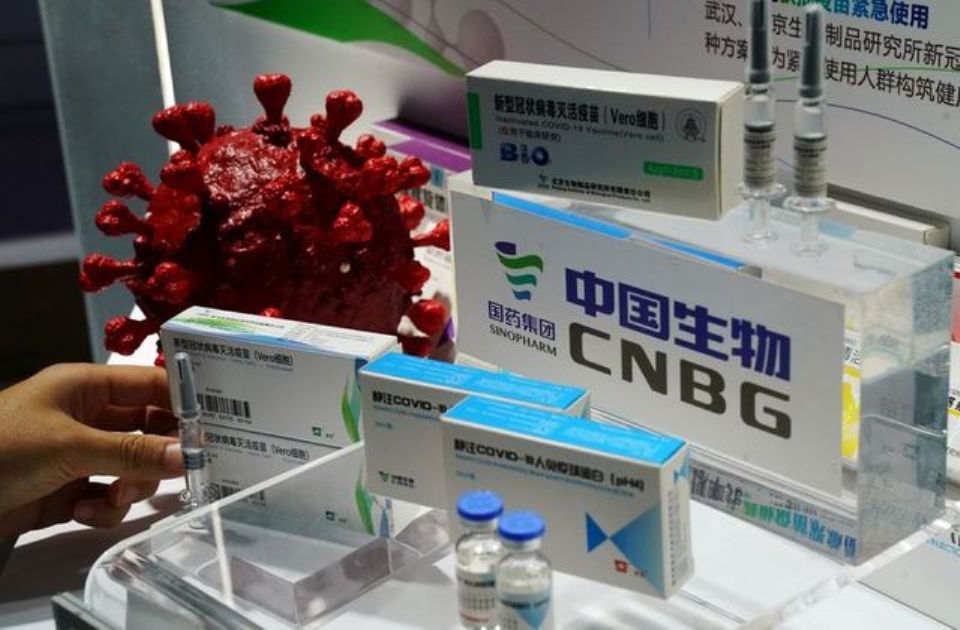 BEIJING, Dec 31: China approved a COVID-19 vaccine developed by an affiliate of state-backed pharmaceutical giant Sinopharm on Thursday, its first approved shot for general public use as it braces for increased transmission risks over winter.

No detailed efficacy data of the vaccine has been publicly released but its developer, Beijing Biological Products Institute, a unit of Sinopharm subsidiary China National Biotec Group (CNBG), said on Wednesday its vaccine was 79.34% effective in preventing people from developing the disease based on interim data.

The approval comes after the United Arab Emirates this month became the first country to roll out the vaccine to the public.

While China has been slower than several other countries in approving COVID-19 vaccines, it has been inoculating its citizens for months with three different shots still undergoing late-stage trials.

China launched an emergency use programme in July aimed at essential workers and others at high risk of infection and as of the end of November, had administered 1.5 million doses using at least three different products - two developed by CNBG and one by Sinovac.

While the efficacy of the Sinopharm shot trails the more than 90% success rate of rival vaccines from Pfizer Inc and its partner BioNTech <SE BNTX.O> and Moderna Inc, it points to progress China has made in the global race to develop successful COVID-19 vaccines.

The regulatory approval is a conditional, given to vaccines deemed urgently needed to cope with major public health emergencies even though complete clinical trials have yet to be completed, China’s National Medical Products Administration said on Thursday.

The approval came as Britain on Wednesday approved a second COVID-19 vaccine, a shot developed by Oxford University and AstraZeneca, as it battles a major winter surge driven by a new variant of the virus.

BEIJING, June 2: The World Health Organization (WHO) said on Tuesday it has approved a COVID-19 vaccine made by Sinovac... Read More...

KATHMANDU, May 26: China has announced a grant of 1 million doses of COVID-19 vaccines for Nepal. ... Read More...

Prior infection, vaccines provide best protection from COVID
15 minutes ago

Westerly wind likely to cause rain, snowfall
45 minutes ago