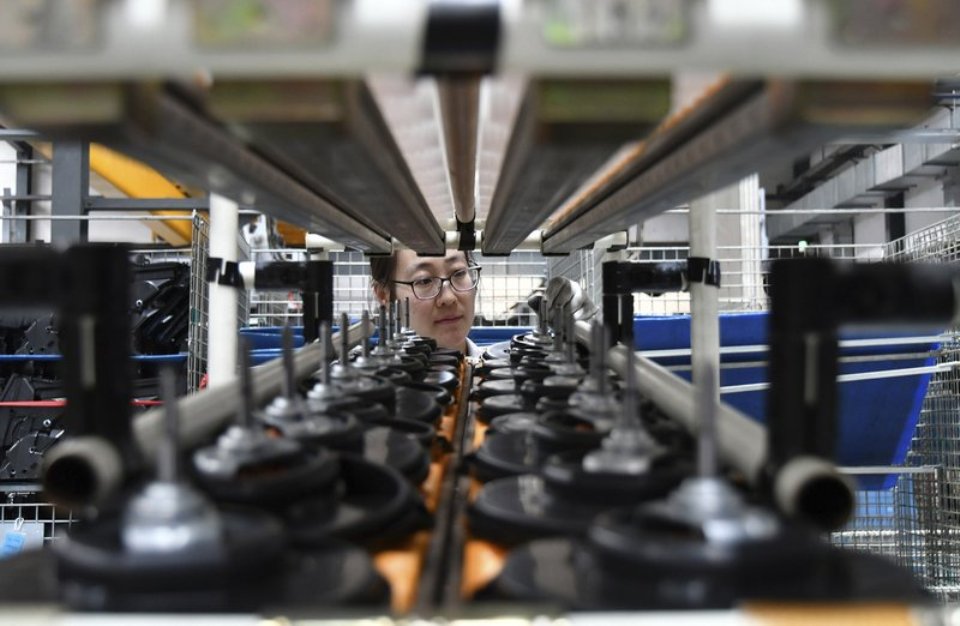 FILE - In this May 15, 2019, file photo, a factory worker checks parts at a manufacturing plant for automobile air conditioners in Yantai in eastern China's Shandong province. Two gauges of Chinese factory activity improved in September ahead of talks with Washington aimed at ending a tariff war, according to survey released Monday, Sept. 30, 2019. (Chinatopix via AP, File)

BEIJING, Sept 30: China’s factory activity improved in September ahead of talks with Washington aimed at ending a tariff war.

Surveys released Monday by an industry group and a business magazine both showed improvement, though gains were small.

The China Federation of Logistics & Purchasing said its purchasing managers’ index rose to 49.8 from August’s 49.5 on a 100-point scale on which numbers below 50 show activity contracting. The magazine Caixin said its index rose to 51.4 from 50.4.

Demand for Chinese goods has been hurt by weakening domestic and global economic growth as well as U.S. tariff hikes in a fight over trade and technology.

Negotiators are due to meet next week in Washington but there has been no sign of progress toward ending the dispute, which threatens to tip global economic growth into a recession.

“We don’t expect a meaningful breakthrough,” said Citigroup economists in a report. “Even if there is a ceasefire, the damage is already partly done because of elevated business uncertainties.”

Weak factory activity is adding to pressure on Chinese leaders to shore up economic growth. But they have resisted U.S. demands to roll back plans for state-led development of technology industries that Washington and other trading partners say violate Beijing’s market-opening promises.

The Federation described September’s data as a manufacturing rebound and said “business confidence shows signs of stabilizing.” But forecasters warn China’s economic activity is likely to decline in the longer term.

A construction boom is winding down and Chinese regulators who want to reduce reliance on debt to propel growth look unlikely to ease lending controls. Beijing has avoided following the United States and Europe in cutting interest rates to spur activity.

A separate index by the Federation of service industries declined to 53.8 from August’s 53.7 as construction activity cooled.

“This is unlikely to mark the start of a turnaround,” said Capital Economics in a report. “Not only is global demand set to weaken further, but the long-overdue pull-back in property construction is getting under way.”

Given China’s desire to be a respected member of the international community, a more satisfactory US approach would involve seeking... Read More...

New rules to deny green cards to many legal immigrants

WASHINGTON, August 13: The Trump administration announced Monday it is moving forward with one of its most aggressive steps yet... Read More...