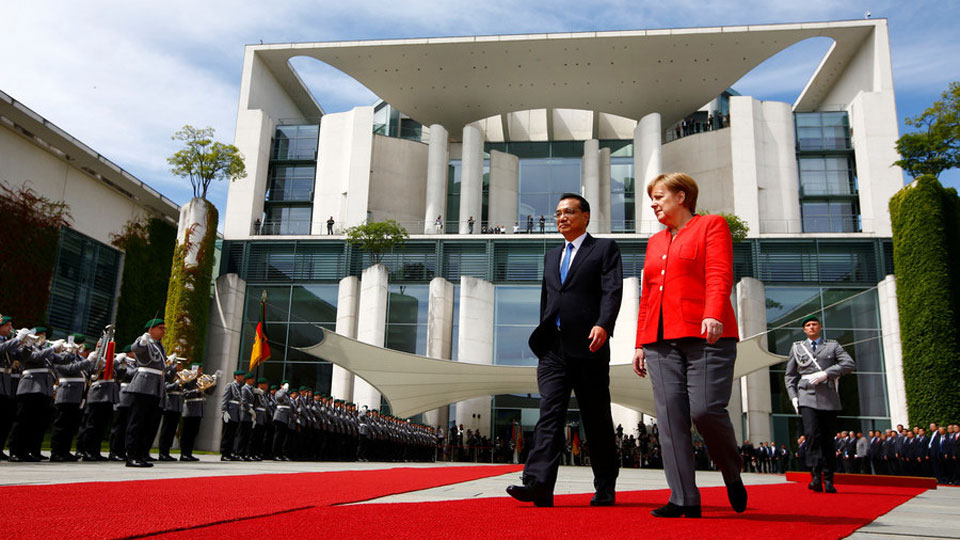 BERLIN, July 10: German Chancellor Angela Merkel and Chinese Prime Minister Li Keqiang held talks on Monday in Berlin, and stressed their commitment to a multilateral trade system in the wake of trade disputes with Washington.

As part of the talks, the sides signed a range of commercial agreements worth about €20 billion ($23.5 billion). Joint projects, involving governmental agencies and companies such as Siemens, Volkswagen, BASF and others, were announced.

The chancellor added that: “It really is a multilateral interdependent system that at its best most likely is really a plurilateral win-win situation when we stick to the rules.”

She applauded Beijing for relaxing rules on foreign investment, saying that it was important to see “the market opening in China in this area is not only words, but is also being followed by deeds.”

Li said that free trade “plays a strong leading role for both sides and for the world economy.”

Sino-German meeting comes in the wake of Washington's escalating trade war with Beijing. Last week, US President Donald Trump imposed 25 percent tariffs on $34 billion of Chinese goods, in an attempt to narrow the trade deficit. Tariffs on another $16 billion worth of goods are expected to go into effect in two weeks and potentially another $500 billion to follow.

China announced retaliatory tariffs on a similar amount of US goods, saying it was forced to "counterattack" in order to defend its core interests.

BEIJING, June 4: China has balked at stepping up its purchases of American products, raising the odds of a trade war,... Read More...