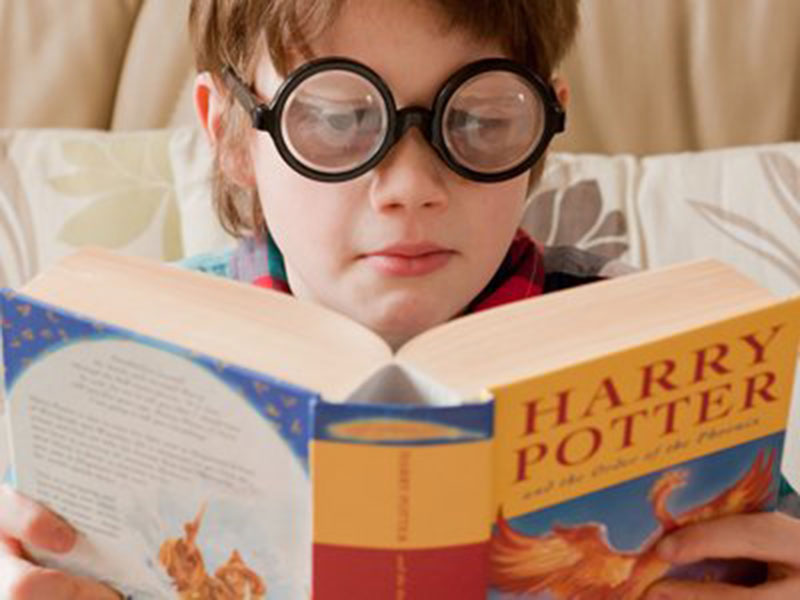 Even a small child is capable of distinguishing between reality and fantasy, whether in stories, real life, books or movies
“Mommy can you tell me a story?” is a request of most children before going to bed. Every night, the majority of parents thus go through the ritual of telling some sort of story to their children. I will not be surprised if most stories are fantasy based. Then again most of you may be thinking, ‘What exactly is a fantasy?’ Fantasy is full of imagination, magic and things that challenge our imagination, in a world where anything is possible. It is limitless. So now the question is, ‘Why are children attracted to it?

Even a small child is fully capable of distinguishing between reality and fantasy, whether it is stories, real life, books or movies. They are little scientists. They experiment with imaginary friends. They enjoy their companions, but when questioned, they make it very clear that these companions are not real. Still the question remains, ‘So why do they love fantasy? Are they trying to escape something?’

One thing is clear: they are not escapists. They do not want to get away from the reality of life and immerse themselves in the world of make-believe.  Research in cognitive science suggests children’s love for fantasy owes to their single-minded devotion to finding the truth, and not because they can’t appreciate truth or because their lives are difficult.  Fairies and talking animals, dinosaurs, goblins and flying horses, unicorns and carpets are all fantasy, which help children use their fertile imagination, experience pleasure and bring a smile in their face. Fantasy starts as a psychological process through which children learn to fill the gaps between knowledge, reality and experience and finally it becomes a vital coping mechanism. Once again let us close our eyes and drift back and remember bedtimes with our children.

Think of the night you were busy preparing your children for bed and suddenly there is an unexpected creek or a loud noise outside the room!  At this moment I am sure most of us including your children imagined something and it was usually rather spooky. The first question would be ‘Who or what could be making the noise?’ There was no definite answer to the question and the only way to make sense out of the experience both for you and your children was to fantasize: a burglar you might think and for your children, it could have been a pirate, or more probably a crocodile under the bed making those sounds!

With all these thoughts your children must have scared themselves silly, but while they have no way of knowing the actual cause of the noise, they engage with make-believe to bridge the gap between experience and knowledge. Even after finding out about the cause of noise later, they still prefer their imagined crocodile under the bed theory or a pirate or a burglar. The reason for this is that they now see fear within a safe context and that is fun.

We are all aware that children are born with a wide variety of human emotions: wild, exciting, passionate, vigorous, totally irrational and eager to explore their feelings. So you see that is exactly the reason they need to be scared and what better than fantasy, as an excellent, “safe and secure” way to do it. Finding imaginary crocodiles to play with makes so much sense; it is both more practical and safer than learning from real danger.

Through fantasy children practice the exploration of the big, wide and dangerous world that they are more and more exposed to as they grow up.

Fantasy can be of any element of make-believe, not just dungeons and dragons or fairy and magic carpets. It could involve pretention of being a doctor or engineer or even teacher. As children grow, their fantasies also change with the kind of stories they read and they gradually move into understanding complex concepts like divorce, bereavement, war, falling in love, even becoming a hero and saving the world. This prepares them to face the real world.

As adults, we usually tend to write off fantasy as escapism, but in fact it’s the other way around: another way of engaging with real problems. So you see fantasy is vital for human mind and children benefit from it, as children are designed to learn from every experience. Within the special period of protected immaturity of childhood, children find breathing time to master the skills they need to survive as adults, as humans have long childhood. Research has shown that children construct and revise everyday science and, above all, even everyday psychology in the process of learning. For them, these theories are like the formal, explicit theories of science they learn from their own experience. This allows children accurate understanding of other people and the world at large. Initially we might feel that the idea of children as intuitive scientists would be contradictory with the children’s passion for fantasy.

When examined up close, theorizing and fantasizing have a lot in common. Both require logic and imagination. Theory tells us what the world could have been in the past and what it can be in the future, thereby laying out a map of possible worlds. At the same time it also provides a kind of logic to draw conclusions. This is the reason theories are so powerful and adaptive. I sometimes wonder at the unique evolutionary gift that humans have to combine imagination and logic to articulate possible worlds and then make them real. Just think, at one time, the computer and the laptop and even cell phones were as unreal and as fantastic as time machine and as imaginary, as unreal, as Narnia of chronicles of Narnia or Hogwarts from Harry potter or even Pushpak Viman in Ramayana.

If we combine the idea that children are devoted intuitive scientists and the idea that play allows children to learn freely without the practical constraints of adulthood, then we start to see why there is such a strong link between childhood and fantasy. It’s not because children turn to imagination instead of the real, rather, it’s that a human being who learns about the real world is also simultaneously learning about all the possible worlds that stem from that world. The difference between adults and children is that for most adults, most of the time, imagination is constrained by probability and practicality. While for children possibilities of imagination are unconstrained by the practical constraints of adult survival.

Finally, this link between the scientific and the fantastic also explains why children’s fantasy demands strictest logic, consistency and attention to detail. A fantasy without logic is just a mess. The effectiveness of great children’s books comes from the combination of wildly imaginative evidences and strictly consistent and logical conclusions from those principles. Children are as free to consider the very low-probability world of Narnia as the much higher-probability world of next Wednesday’s class test—as free to explore unlikely Middle-earth as the much more predictable park next door.

The spirit of possibility and play, which are at the heart of being humans, prompt children to read the Narnia books and watch Harry Potter movies, and to just imagine freely. Now don’t you think that is but natural?

KATHMANDU, June29:Poorest children are twice as likely to die or to be chronically malnourished before their fifth birthday than the... Read More...