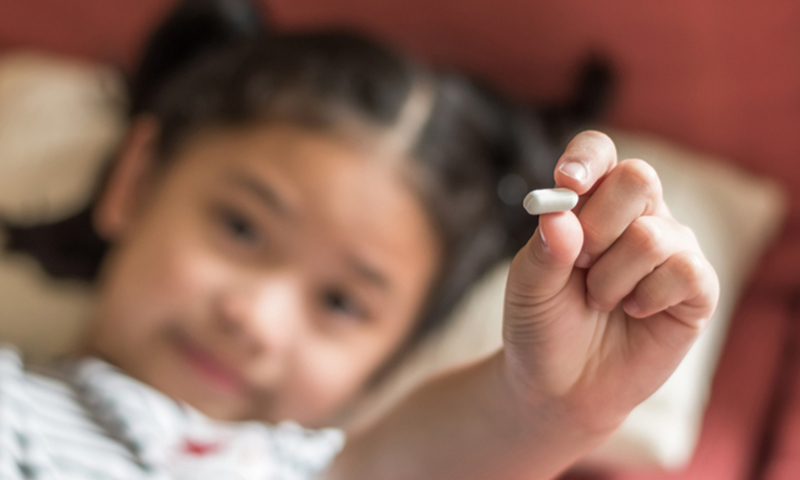 For all the good that antibiotics do, relying on them too much can have pretty drastic drawbacks. In particular, their overuse can help create bacterial superbugs resistant to future antibiotics. But a new study published this week in JAMA Psychiatry suggests there’s another, more subtle consequence of antibiotic use, at least in young people: a higher risk of developing serious mental illnesses like obsessive-compulsive disorder and schizophrenia.

In recent years, there’s been renewed scientific interest in the idea that common infections could increase the risk of developing Alzheimer’s disease in our older years. But researchers have also found evidence that childhood infections can raise the risk of mental illness even earlier in life. A common hypothesis underlying both theories is that these infections may cause chronic inflammation or other bodily side-effects that directly damage the brain. But study author Robert Yolken, a neurovirologist at the Johns Hopkins University School of Medicine, and his team decided to explore a different possible explanation for why infections are linked to mental illness.

Yolken has speculated that changes in the gut microbiome—the living sea of bacteria that calls our digestive system home—can also harm the brain. That’s because the gut microbiome helps coordinate the gut-brain axis, an intricate communication network of hormonal and nerve signals between the gut and brain that regulates the body. And one of the most destructive ways to change the microbiome is by taking antibiotics, many of which indiscriminately kill both harmless and troublesome bacteria.

So for their study, Yolken and his colleagues in Denmark looked at the medical history of all Danish residents born between 1995 and 2012, totaling just over a million children. They specifically studied children who had taken antimicrobial drugs, almost always antibiotics, for an infection sometime before the age of 18. Then they tracked their mental health history for an average of 10 years. They also compared their fate to a control group of Danish children who had been prescribed germ-fighting drugs, but for whatever reason never actually received them (one common reason might be that these kids simply got better on their own before parents would have gone to the local pharmacy).

“What we basically found out was that exposure to antibiotics, particularly long-term antibiotics or multiple doses of antibiotics, was associated with an increased risk of any number of different psychiatric disorders,” Yolken told Gizmodo.

Only 3.9 percent of the children in total, about 42,000, were later hospitalized and diagnosed with any mental health disorder, while 5.2 percent, 56,000 children, later received a prescription for an antipsychotic drug. But compared to untreated children, children given antimicrobials had a noticeably higher chance of either thing happening to them.

Antibiotic use obviously isn’t the only factor influencing a person’s risk of mental illness. The team was also able to look at the mental health history of the treated children’s siblings. Compared to the siblings, the treated children did have a higher risk of mental illness, but to a lesser degree than when compared to the general public. In other words, a person’s shared genetics or environment also seem to play a role in making them vulnerable to mental illness.

Yolken also doesn’t rule out the possibility that infections themselves, particularly life-threatening ones, can still sometimes damage the brain directly. But when looking at minor infections, the authors say, it’s the antibiotics that are likely a bigger factor.

Ultimately, a population study like this one can’t prove that A causes B or vice-versa, it can only show an indirect association between them. But the study, Yolken says, is the largest and most extensive of its kind. And Yolken and others hope to follow up with animal research that can directly tease out how a gut microbiome damaged by antibiotics might raise the risk of mental illness.

“This isn’t meant to panic anyone. If we’re talking about parents whose kids get antibiotics for an ear infection—one dose is not going to do very much,” Yolken said. “But on a population level, or on a medical care level, then I think it is important to try to limit the antibiotics we get during our childhood, especially in the first or second year of life.”

Because of ever-growing antibiotic resistance, there’s already a dedicated effort on the part of some doctors and hospitals to reduce or better inform the use of antibiotics. Too many doctors, sometimes at the behest of patients, tend to prescribe antibiotics when they aren’t needed or useful, either because an infection is short-lasting and mild or because it isn’t even caused by bacteria in the first place. These reforms include writing fewer antibiotic prescriptions, shortening the length of a treatment, or using narrower-spectrum drugs that can only target a few kinds of bacteria.

“This just adds an additional reason to cut back on antibiotics,” Yolken said.

Do you realize that as your children investigate, their experiences fuel their development? ... Read More...

KATHMANDU, June29:Poorest children are twice as likely to die or to be chronically malnourished before their fifth birthday than the... Read More...