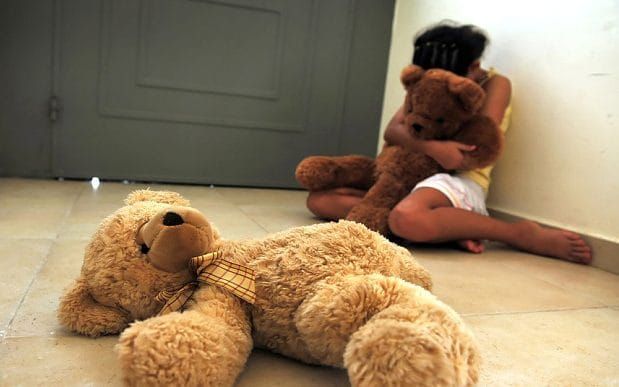 Childhood sexual abuse may leave “molecular scars” on a victim’s DNA which could one day be used as evidence in court, scientists have said.

A new study found similar alterations in the activity of genes among men who had been abused in childhood.

Researchers at Harvard and the University of British Columbia (UBC) believe the discovery of the differences in a process called methylation between those who had been abused and those who had not could pave the way for a genetic test to indicate whether abuse took place.

Methylation acts as a “dimmer switch” on genes, affecting the extent a particular genes is activated or not.

Published in the journal Translational Psychiatry, the study found a distinct methylation difference between victims and non-victims in 12 regions of the men’s genomes.

In eight DNA regions, the genes of victims were dimmed by more than 10 per cent compared to non victims, and in one region the difference was 29 per cent.

Michael Kobor, professor of medical genetics at UBC, said: “Methylation is starting to be viewed as a potentially useful tool in criminal investigations - for example, by providing investigators with an approximate age of a person who left behind a sample of their DNA.

"So it's conceivable that the correlations we found between methylation and child abuse might provide a percentage probability that abuse had occurred."

The research team identified a group of men who are part of a much larger, long-term health tracking study and asked them to donate their sperm.

The participants also completed a questionnaire which included questions about child abuse.

The team was also trying to establish the extent to which changes in gene expression as a result of life experience are passed on to the next generation.

"When the sperm meets the egg, there is a massive amount of genetic reshuffling, and most of the methylation is at least temporarily erased," said lead author Andrea Roberts, a research scientist at the Harvard Chan School.

"But finding a molecular signature in sperm brings us at least a step closer to determining whether child abuse might affect the health of the victim's offspring."

Childhood in a Digital World

Almost all research studies showed digital use impacts the wellbeing of children mainly depending on duration, content and context. More... Read More...

Horrifying stories of rape of children, even as young as five, have gripped the psyche of our nation. It has... Read More...