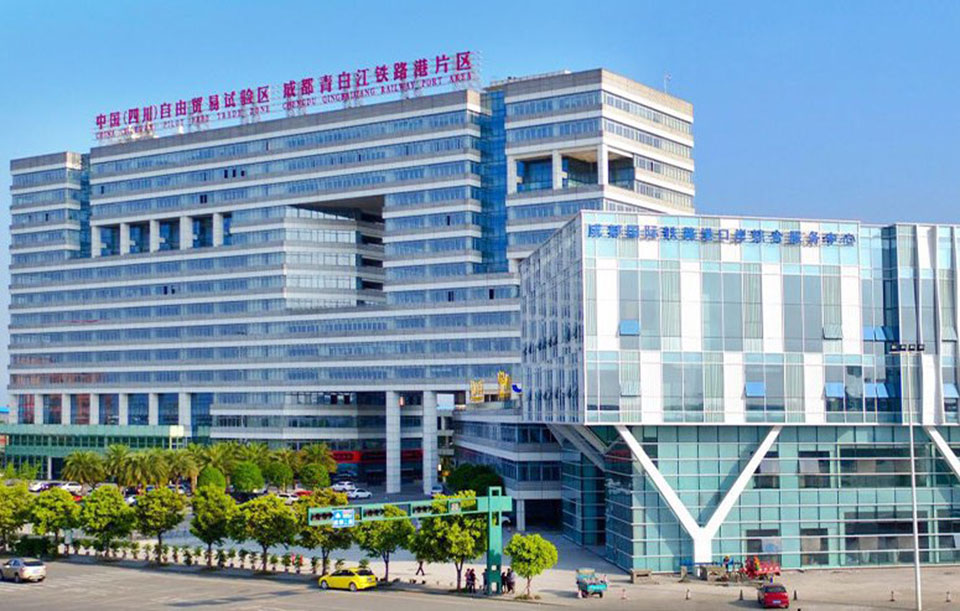 CHENGDU, Dec 30: The Chengdu International Railway Port which has established a new model of the modern service industry in Sichuan Free Trade Zone, has wished for Nepal to set up a National Pavilion there as other countries have done. At present, this port has allotted space for six pavilions of different nations, while 13 other nations have already signed contracts to establish their national pavilions to showcase their products.

Located in the central part of Chengdu City, this railway port is said to be at a strategic point of the Silk Road Economic Belt and the Yangtze River Economic Belt. Over the years, this place has emerged as a platform to launch various activities that are part of China's ambitious Belt and Road Initiative (BRI) and also as a center to implement the strategy for an integrated development of all districts which lie in Sichuan Province.

The Port Management Committee member Zeng said that Nepali products, especially handmade products are one of the most sought-after products in China because of their unique appearance in the international market. “Nepal is an important neighboring country for China and also a part of the Belt and Road Initiative. So, opening a separate national pavilion of Nepal at the port will be of benefit to both the nations,” she said.

The six pavilions, which have already been established at the port, have been selling various goods such as food and drinks, daily chemical products, building materials, handbags, accessories and kitchenware imported from their home countries in various parts of Europe. Over the years, the port has already emerged as a hub to connect people who want to buy products of different countries.

“If we open a different pavilion of Nepal prioritizing mostly handmade Nepali products, it will surely stand out to be one of its kinds and will also help in the publicity of Nepali products,” Zeng further said. “The space is already here and we are just waiting for nations like Nepal to get involved and showcase their unique products here.”

The port carries huge significance for businesses and promotion of national products as it draws a huge number of high-level dignitaries including politicians, government officials, heads of multi-national businesses and tourists from both China and abroad. They not only observe these products from different countries displayed in these pavilions but also buy them as souvenirs.

The Pavilion Project has offered a platform to interested countries and companies to run international trading businesses. “Because of China Railway Express in Chengdu, we have been able to build a strong connection with other countries,” said Project Manager at the Railway Port, Tan Shiyuan. “It is also a stage for these companies to present the culture of different countries and have an opportunity to promote cross-border communication.”

However, there are a few criteria a nation has to meet to establish its national pavilion at the port. Any country interested in opening a pavilion should first get an authorization from a state-level institution of their home country. The Port Management Committee has offered site support for years to the projects of national pavilions with a lease term of more than three years.

KATHMANDU, May 26: The Gulmi Chamber of Commerce and Industry (GCCI) has urged the business community and locals to avoid... Read More...

MELAMCHI GHYANG, May 26: Helambu, a highland village situated in the upper belt of Sindhupalchok district and the sacred place... Read More...

KATHMANDU, May 26 : It has been more than two months since both Nepal and India closed their borders. However, the... Read More...

Nepal reports highest single day spike in COVID-19 infections, cases reach 772
2 hours ago
India evacuates three Nepali nationals from Australia and one from Indonesia along with Indians
19 hours ago

Accept the truth
3 hours ago

43 more COVID-19 patients recover in Birgunj, no patient in Narayani Hospital
11 hours ago