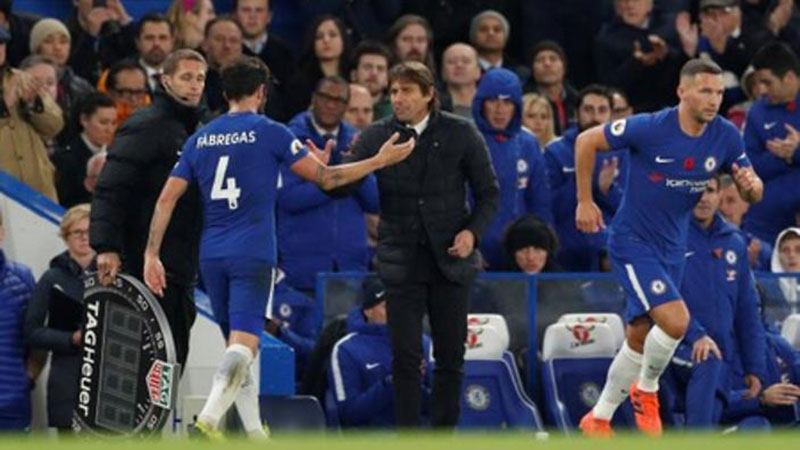 Morata’s brilliantly-taken header in the 55th minute was the difference on another frustrating trip to London for United, with six of their last seven away defeats coming in the capital.

United pressed for an equaliser, with Mourinho throwing all his attacking options on from the bench, but they did not test Thibaut Courtois enough in the Chelsea goal, mustering just two shot on target in the whole match.

“We played with great energy, passion and enthusiasm. There were a lot of positive things. The desire from my players, the fight and will to help each other,” said relieved Chelsea manager Antonio Conte after a tough week.

Chelsea stay fourth on 22 points, the win breathing life into their hopes of retaining the title. Conte’s men are within a point of local rivals Tottenham Hotspur and second-placed United, who trail Manchester City by eight points.

The gap at the top of the table is the biggest after 11 games in Premier League history.

Conte left Brazil international Davis Luiz out of the squad and dropped Antonio Rudiger to the bench after some awful defending in Chelsea’s 3-0 defeat at AS Roma in the Champions League in midweek with Andreas Christensen coming into the side.

United started well but Chelsea had the ball in the net first, only for referee Anthony Taylor to rule it out, with Morata adjudged to have fouled defender Phil Jones.

PHOTOS: A school in Kageshwori Manohara Municipality resumes classes after seven months of shut down
14 minutes ago