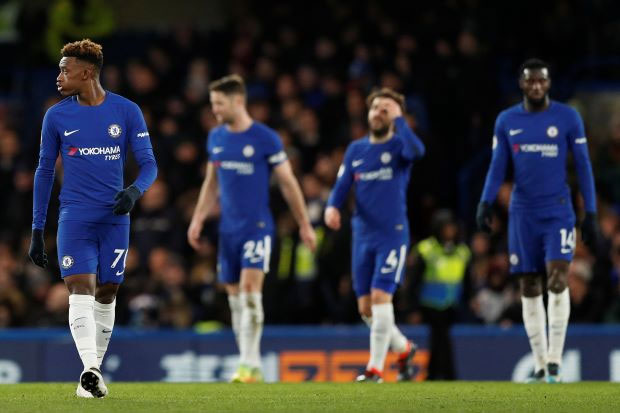 Feb 1: Bournemouth stunned Chelsea with three second-half goals in a 3-0 Premier League victory on Wednesday, inflicting on the champions their first home defeat in four months.

Chelsea looked lacklustre in an uneventful first half and were caught out on the break by the lively visitors who always looked more likely to score.

Bournemouth opened their account in the 51st minute after midfielder Tiemoue Bakayoko lost the ball and Callum Wilson played a neat one-two with Jordan Ibe before slotting home.

Wilson was also involved in the second goal, when he pushed the ball to Junior Stanislas who flicked it into the net off sprawling goalkeeper Thibaut Courtois in the 65th minute.

Chelsea pushed players forward and Eden Hazard and Pedro as well as defender Marcos Alonso had attempts on goal but the team, playing their ninth game this month, looked jaded as coach Antonio Conte cut a forlorn figure on the touchline.

The Italian has suggested his squad is too small to be playing Premier League, Cup and Champions League competitions and that he has little control over signing new players.

The humiliation was complete when former Chelsea midfielder Nathan Ake made it three in the 68th minute, prodding the ball in from a Stanislas shot.

Chelsea’s first home defeat since Sept. 30 exposed the London side’s lack of firepower, with Alvaro Morata injured, Michy Batshuayi on his way to Dortmund on loan and Olivier Giroud signed from Arsenal only a few hours before kickoff.