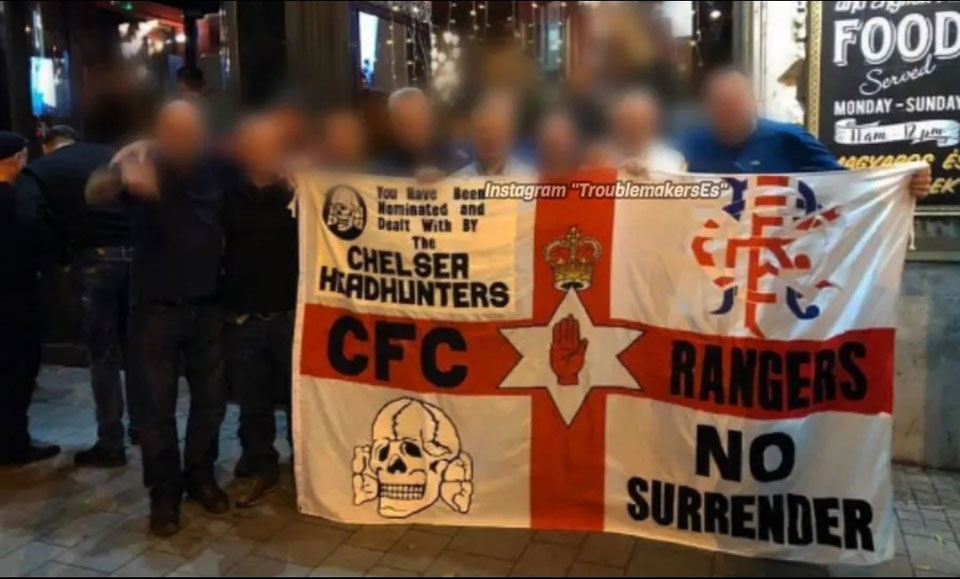 LONDON, Dec 16: The controversial images surfaced on social media as Chelsea FC is being investigated by UEFA over an anti-Semitic chant which was sung by the club’s supporters.

Some fans of Chelsea FC were spotted brandishing Nazi symbols on the streets of the Hungarian capital where they came to root for their team’s during the match with MOL Vidi on December 13.

According to The Guardian, however, Chelsea fans claim that the flag was not brought to the stadium during the match with Vidi.

Earlier, Chelsea also came under investigation by UEFA after some of the club’s fans were heard singing an anti-Semitic chant about Tottenham fans during the match in Budapest.

A spokesperson for the club insisted that anti-Semitism and all other racial or religious bigotry was "abhorrent" to the club and "the overwhelming majority" of its fans, and that "any individuals that can't summon the brainpower to comprehend this simple message and are found to have shamed the club by used using anti-Semitic or racist words or actions will face the strongest possible action from the club."

MOSCOW, Sept 19: Russia's Investigative Committee said Tuesday it had opened an investigation into the crash of the Il-20 reconnaissance plane... Read More...

KATHMANDU, April 25: The Supreme Court (SC) has ordered the government to halt any types of investigations on DIG Nawaraj... Read More...