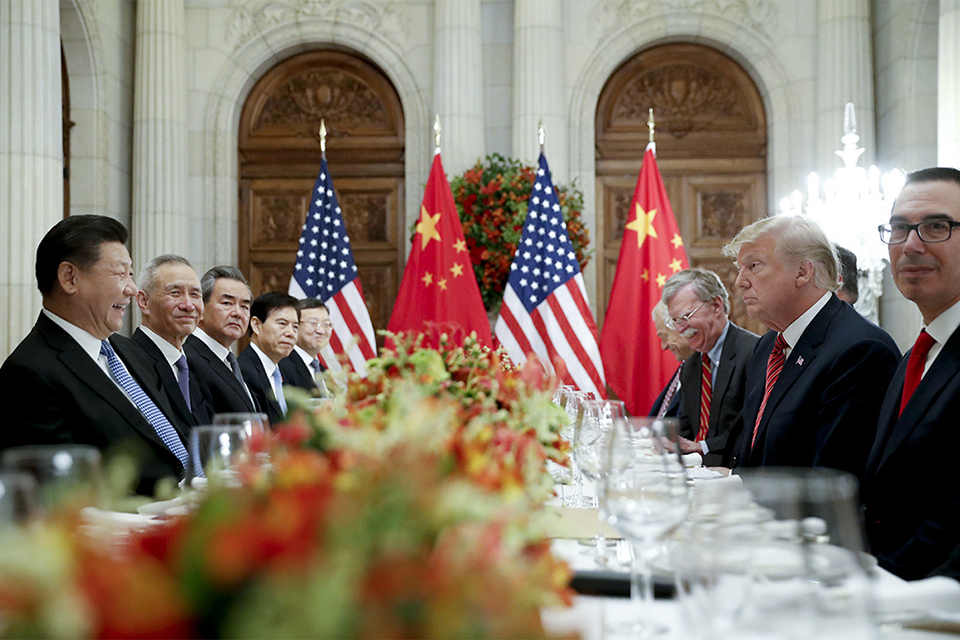 It won’t be surprising to witness Indo-Pacific cooperation and BRI coexist and mutually support one another, rather than lock their horns in a mutually defeating contest

Indo-Pacific has become a buzzword in the media discourse and it has also touched upon some sensitive nerves of Nepal. Imbued with America’s national security and national defense strategy in Indo-Pacific region, apparently to contain China’s rise in Asia, it is also widely taken as a ‘strategic competitor’ to China’s Belt and Road Initiative (BRI). However, the undercurrents of its evolution speak a different story which needs to be carefully studied, if Nepal is to play a meaningful role in complex and often changing alliances of international relations and maintain its peace diplomacy.

The concept of Free and Open Indo-Pacific (FOIP) was first revived by Japan in 2017, and soon owned by United States as Indo-Pacific Strategy. However the turning point, in defining what it is, was the Asian Security Summit, better known as Shangri-La Dialogue (SLD) held on June 3, 2018 in Singapore.  Indo-Pacific had already cast its shadow on Asia-Pacific three days before the Dialogue as the US had renamed its Asia-Pacific Command as US Indo-Pacific Command (USINPACOM) “in recognition of the increasing connectivity of the Indian and Pacific oceans.” India and Indian Ocean occupied the center stage in this new concept, and many were eager to listen what India sees in it.

Keynote speaker in Shangri-La Dialogue was Indian Prime Minister Narendra Modi. The then US defense secretary Jim Mattis was presenting America’s official position. As it turned out, the two positions have many things in common with overlapping boundaries, but they were quite different at the same time, even to the extent of India summarily dismissing the “strategic” core  of Indo-Pacific and emphasizing ‘inclusiveness’ and ‘cooperation’ rather than “contest” and “rivalry.” The implication was not lost to the listeners, particularly Mattis.  Speaking after Modi the next day, he made an effort to present detailed explanation about security and defense-driven “strategy” and displayed openness about ‘cooperation’ with China. These differences and commonalities in the understanding of Indo-Pacific would blend in later dialogue series mainly through the agencies of Association of South East Asian Nations (ASEAN), eventually strengthening Indian-ASEAN position in this debate.

The latest in the series is East Asia Summit  hosted by Indonesia in Jakarta on March 20, 2019, where 18 countries, including the US, China, Russia, Japan, Australia and India, participated and which successfully forged  a set of  common principle of ASEAN centrality and ASEAN-led mechanism toward a peaceful, prosperous and inclusive region.

Therefore it is important to recall in some details what was actually said by both leaders in that fateful Dialogue. Modi stated candidly: “India does not see Indo-Pacific as a strategy or as club of limited members. Nor as a grouping that seeks to dominate. And by no means do we consider it as directed against any country.” “India’s vision for the Indo-Pacific Region is, therefore, a positive one. It stands for a free, open, inclusive region, which embraces us all in a common pursuit of progress and prosperity. It includes all nations in this geography as also others beyond who have a stake in it. Southeast Asia is at its centre,” he elaborated further.

Conferring ASEAN the central role in Indo-Pacific, underlining the inclusion of all in the region, acknowledging that no other relationship of India has as many layers as her relations with China, Modi firmly believed that “Asia and the world will have a better future when India and China work together in trust and confidence, sensitive to each other’s interests.” He also warned in the closing: “All of this is possible, if we do not return to the age of great power rivalries. Asia of rivalry will hold us all back. Asia of cooperation will shape this century. So, each nation must ask itself: Are its choices building a more united world, or forcing new divisions? It is a responsibility that both existing and rising powers have. Competition is normal. But, contests must not turn into conflict; differences must not be allowed to become disputes.”

It should be noted that these three important events had already happened as a demonstration of India’s ‘strategic autonomy’ in foreign policy before Shangri-La Dialogue: Modi-Xi Wuhan meeting in April, Modi-Putin and Modi-Widodo (President of Indonesia) meeting in May. The articulation and insights gained in these meetings may well have shaped Modi’s speech to some extent.

In his response Mattis vigorously defended American vision of “strategy” guided by security and defense concern and likelihood of intensification of competition among Asian nations. He said: “Standing shoulder to shoulder with India, ASEAN and our treaty allies and other partners America seeks to build an Indo-Pacific where sovereignty and territorial integrity are safeguarded—the promise of freedom fulfilled and prosperity prevails for all.”

He also mentioned “all’ and made open reference to China: ‘We do not ask any country to choose between the United States and China, because a friend does not demand you choose among them.  China should and does have a voice in shaping the international system, and all of China’s neighbors have a voice in shaping China’s role.  If the US will continue to pursue a constructive results-oriented relationship with China, cooperation whenever possible, will be the name of the game and competing vigorously where we must.”

I believe these words of Modi and Mattis have far-reaching consequences and shaped the events thereafter. The series of foreign ministerial meetings held thereafter to discuss Indo-Pacific, mainly through diplomatic coordination of India and Indonesia, explicitly urged to avoid conflict and strengthen regional cooperation.

The latest event was held in Jakarta on March 20. The title of the event “High-Level Dialogue on Indo-Pacific Cooperation: Toward a Peaceful, Prosperous and Inclusive Region” speaks volumes. The word ‘strategy’ is conspicuously absent here.

Is it that the ‘name of the game,’ as punned by Mattis, is becoming ‘cooperation whenever possible’ with China? All ten ASEAN countries and India are founding members of Asian Infrastructure Investment Bank (AIIB) created mainly to support infrastructural projects of BRI. ASEAN countries—except India—are also member states of BRI. A Wuhan-2 meeting—a trust building measure for ‘India and China to work together, to be sensitive to each other’s interest and to build a better future’—is in the offing to be hosted by India.  As economic diplomacy is emerging as the most effective tool for conflict resolution, and as India-ASEAN, and potentially China, are emerging as the major players in Indo-Pacific regional cooperation in addition to the US, Japan and Australia, it won’t be surprising to witness Indo-pacific cooperation and BRI coexist together and mutually supporting one another, rather than locking their horns in a mutually defeating contest.

In such scenario, to paraphrase Mattis, America’s pursuance of constructive results-oriented relationship with China—cooperation whenever possible and competing vigorously where needed—will be a welcome event for Nepal and rest of Asia.

The author is former Ambassador of Nepal to China

Fire breaks out in Fusre of Dharan
31 minutes ago