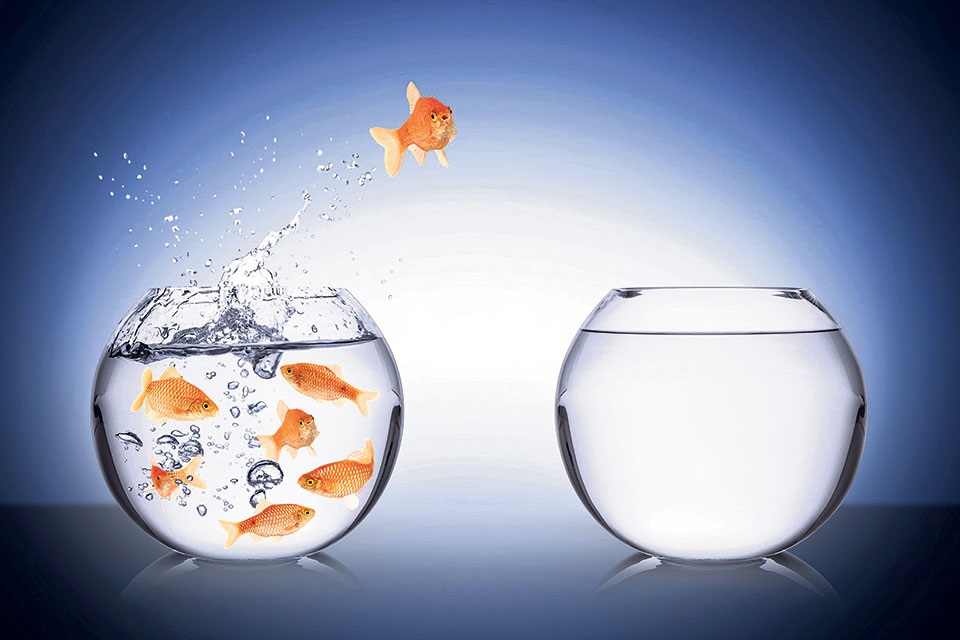 The contributor for Republica.
bikashdahal@gmail.com

People need to make the changes from within. Sooner the change, better it is.

Nepal has approximately 30 million people with a median age of 24.6 years. Of this approximately half of the working age people are either working or studying abroad. A country with citizens who proudly claim to be the daughters and sons of brave Gurkha took more than four decades to print a map with the land that was always ours.

We say that Nepal is the birthplace of Lord Buddha but people here kill their own people because of caste differences. Here businessmen charge crazy money from consumers, government officials do not serve the people.  Around 50 percent of people under 40 are either abroad, preparing to go abroad or dreaming to go abroad because of lack of job opportunities, facilities or a better life here.

The country is begging for medicine, food, investment and more from donors and other countries. We plan to get our territory which shouldn't have been lost in the first place. A boy who goes to marry his beloved is murdered.

Why is this happening?

This is because of the failure of our system. We have not been any different from politicians we voted to power or the businessmen who cheat us or the government officials who don't care about delivering services.

Do we still want to live a life full of lies or do we want to take this moment to think about the positive steps we can take ahead. As a country lying between the two largest countries in the world in terms of size, population, economy and influence, we need to come out of the shadow. We rely on literally everything from food to fuel, clothes to computer and a lot more although we call ourselves independent nation. Do we want to live the life we are living for the rest of our lives or do we only want to see ourselves as a citizen of the land of the brave Gurkhas or the birth place of Lord Buddha?

We are a land that was never colonized by another country but does colonization only mean taking over land or the system forcefully? How do you feel when you have to live through a blockade for two months and almost everything has to be imported? Isn't that colonization because you rely totally on someone to fulfil your needs? Besides we were theoretically never colonized but practically till date we are living in a colonized land because we rely on our neighboring countries more than we rely on ourselves. And because of that they make our land a playground for their vested interests.

In the past 70 years we went from Rana regime to monarchy to federal republic and a lot more changes in between. Historically all of these are important changes. However, through all these changes what didn't change is the perception, the mentality and most importantly the awareness level. And if it did then we used it to our own benefit and not the nation we love so much. We have abundant resources and almost everyone knows about it. We have one of the youngest workforces in the world but it's not going to be the same forever. We also have highly intellectual individuals and creative minds. What we lack is the zeal and enthusiasm to make this a better place to live.

Acemolgu and Robinson write in Why Nations Fail: ".. leaders of poor nations don't know how to make their countries richer. In actuality whether they know or not don't matter. What matters is that they make policies that help them and the elite – policies that help them gain a position of power. For example, economic decisions are made on a political basis rather than financial basis. Leaders are more controlled by either political incentives or constraints than by logic when making decisions on behalf of their people."

The situation does not seem to be different here. Countries can't be saved by foreign aids. We need to understand that rich nations look at poor nations in the wrong way. Poor nations need to become more inclusive and deliver on services and development. The people need to make the changes from within. Sooner the change, better it is.