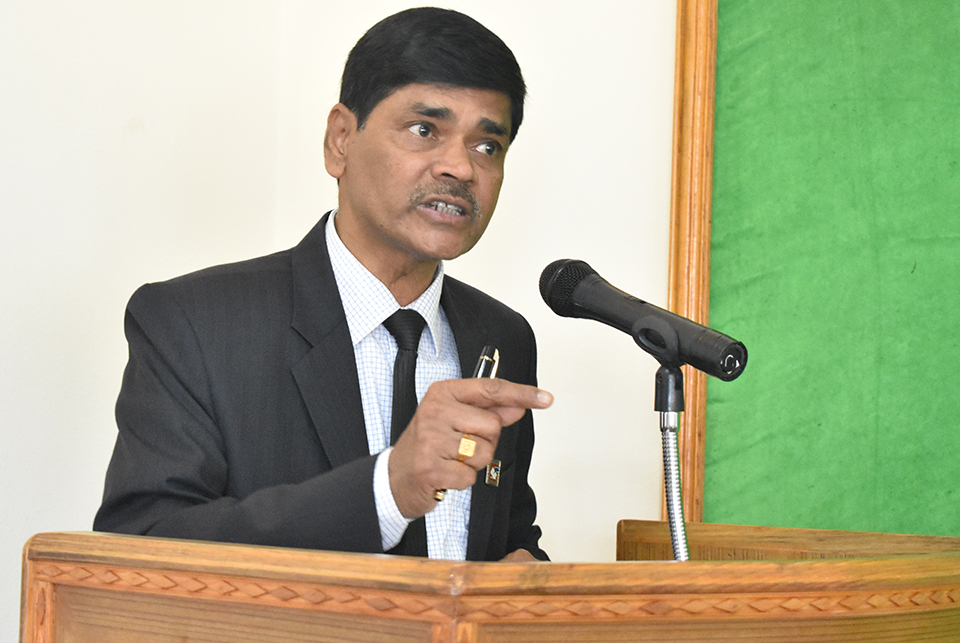 DHULIKHEL, Oct 16: Chief Election Commissioner (CEC) Ayodhee Prasad Yadav has said the recent expansion of the Cabinet would not cause any impact on the elections going to be held later this year.

Talking to media persons on the sidelines of the day-long election logistics and management regional trainers' training held in Dhulikhel, Kavre on Monday, he said the government was the political issue and it would not affect the election.

The upcoming elections to the House of Representatives and State Assemblies scheduled for November 26 and December 7 are major focus of the Election Commission and it is committed to holding it successfully, according to him.

The issue of change of the government size should not be the disturbing factor for EC to meet the major goal which is the election for now, CEC Yadav asserted.

He said the EC wished not to see any activity that is against the election code of conduct at present time and in the future as well.

The submission of the closed name list towards the proportional representation was done successfully yesterday and other preparations for the elections were going on smoothly, he said, urging all authorities concerned not to unnecessarily get influenced by the recent change in the size of Cabinet.

When we look back at the history, we saw that the government was changed on the eve of the 2008 Constituent Assembly (CA) elections and the second phase of recent local level elections also, CEC Yadav stated.

While addressing the training, he instructed the employees concerned to ensure systematic and proper utilisation of election logistics and to perform their duty abiding by the EC's fiscal guidelines. RSS