Chandragiri Municipality sealed off till May 22 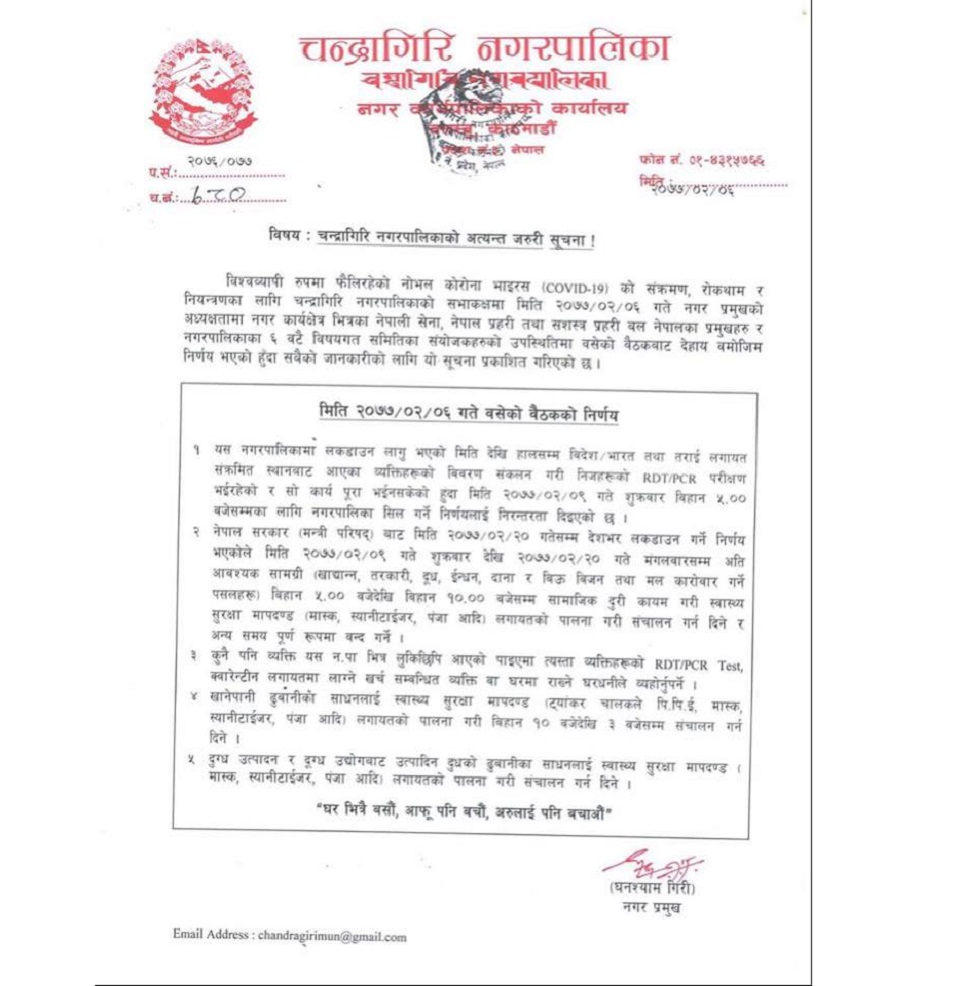 Kathmandu May 20: In a bid to contain the spread of COVID-19 in the community, Chandragiri Municipality on Tuesday has decided to seal off the area for additional two days.

A meeting of the municipality, chaired by mayor Ghanashyam Giri, took the decision to seal off the area until 5 AM May 22.

“The municipality is still collecting information of residents coming from abroad and other districts. The period has been extended for another two days,” said Mayor Ghanashyam Giri, urging those residents – entering the municipality after the lockdown period – to come in contact with the local government.

According to a ward member of the municipality, few residents tested positive for the virus in RDT tests. “We have already collected samples of those residents for PCR testing,” the member said.

The municipality has also said that it will penalize landlords if tenants – coming from other districts – are found hiding in their houses.

After reporting four cases, the municipality has intensified testing in the affected areas and has been tracking contacts of those who came in contact with the infected people.

PALPA, Sept 7: Palpa Hospital has been sealed off after a patient was diagnosed with novel coronavirus disease (COVID-19). ... Read More...

KATHMANDU, May 16: Chandragiri Municipality has been sealed off for the next four days from 12 noon today in a... Read More...

SURKHET/BANKE May 4: Karnali Province will remain sealed off for a week starting 12 midnight on Monday, the province government... Read More...