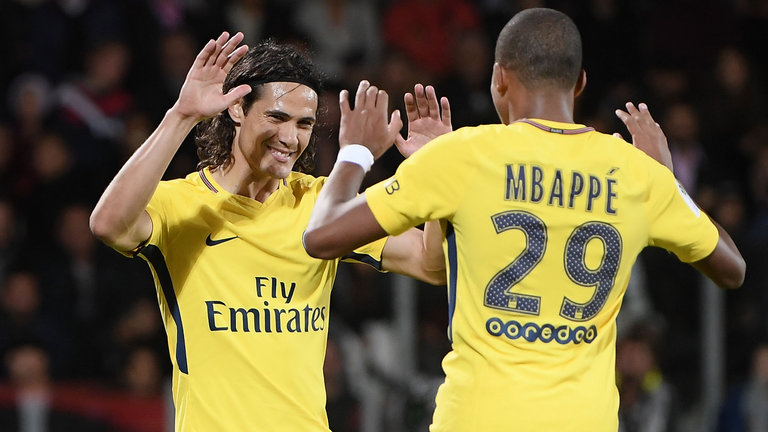 PARIS, September 12: Paris St Germain manager Unai Emery believes his side face increased pressure to deliver success in the Champions League following their transfer splurge ahead of the season.

PSG signed Brazil’s Neymar for a world record fee of 222 million euros ($265.40 million) during the off-season and also recruited Kylian Mbappe on loan from AS Monaco.

Mbappe is expected to make his move permanent in 12 months for a reported 180 million euros.

PSG have never won the Champions League title, nor made the semi-finals since 1995, but expectations have risen since they were bought by Qatari Sports Investment in 2011 and won four of their six Ligue 1 titles since then.

They have not, however, progressed beyond the quarter-finals in Europe’s premier intercontinental club competition since the acquisition and Emery said those results now take precedence.

“I know it is a big objective for the club, but we are doing and feeling well, the players are doing well but I know it will be difficult,” Emery told reporters ahead of their clash with Scottish champions Celtic.

”I know I have a lot of responsibility because I have a lot of good players at my disposal and there are some good teams in the Champions League, and Celtic is one of them.

“I don’t know (if PSG is favorites), but with the players and quality we have we should get close this year.”

PSG would be wary of Brendan Rodgers’s Celtic side, who are unbeaten in 54 domestic matches.

The Scottish side failed to reach the Champions League knockout stages last season but picked up two draws against Pep Guardiola’s Manchester City.

“Preparation is everything. We have prepared well all week but we must give Celtic the respect they deserve,” Emery added.

“We are aiming to go far. The atmosphere is incredible and they try to share the pressure together. It will be difficult but we are ready.”

Two dead, 37 injured in bus accident in Hetauda
6 minutes ago
Car goes missing after falling into Trishuli
10 minutes ago