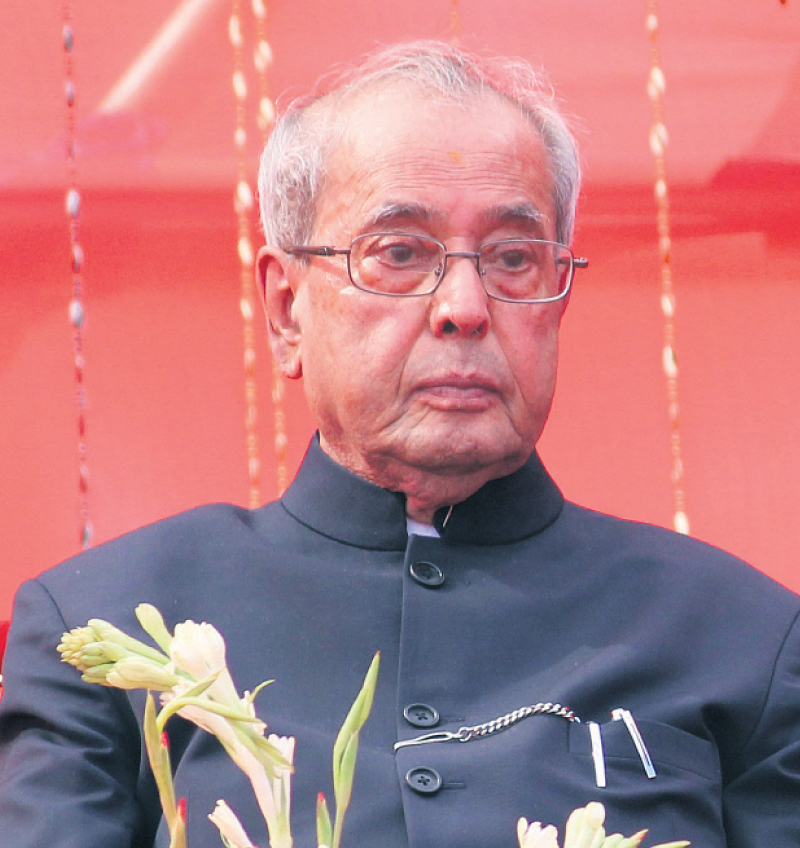 POKHARA / JANAKPUR, Nov 5: During his Pokhara visit on Friday, Indian President Pranab Mukherjee said that Nepal is heading toward the path of peace and development.

He assured that India will always be supporting Nepal in the journey.

Addressing a mass of ex-Indian Gurkha army and their families amidst a function organized in Ram Bazzar of Pokhara, Mukherjee urged them to get involved in the country's development and said they will always have the support of the southern neighbor. He also requested them to play positive role in strengthening ties between the two countries.

“Nepalis are able to operate prestigious enterprises in India. We should now take this positive bilateral relationship to a new height,” he said.

President Mukherjee also praised contributions made by the Gurkha soldiers. “They have been providing significant contributions since the past two centuries. Their outstanding valor is truly a matter of pride for India.”

According to him, India has been providing pension totaling to Rs 31 billion annually to around 126,000 ex-Indian Gurkha soldiers and their family in Nepal. Stating that about 32,000 Gurkhas still provide military service to India, Mukherjee said Indian government is committed toward the well-being and benefits of retired and serving Indian-Gurkha soldiers. He also shared plans to distribute Rs 40 billion pensions to former Gurkha soldiers in the current fiscal year.

Prior to Pokhara visit, Mukherjee was in Janakpur, where he announced to support the construction of two inns for pilgrims and a ring-road in Janakpur. Emphasizing on the need to continue Janakpur-Ayodhya (Nepal -India) relationship, Mukherjee said India is willing to help Janakpur in its all-round development, including the development of trade and tourism sectors.

On that occasion, Punya Prasad Luitel, executive director of Janakpur sub-metropolis felicitated President Mukherjee on behalf of the residents of Janakpur.

The felicitation letter which is written in three languages - Nepali, Maithili and English - mentions the ties between Nepal's Janakpur and Mithila and India's Ayodhya city and the marriage between Lord Ram and Goddess Sita and the age-old ties between Nepal and India.

The president landed in Janakpur Airport at 11:37 AM. He had then left for Pokhara at 1:27 PM. His three-day visit in Nepal concluded on the same day.