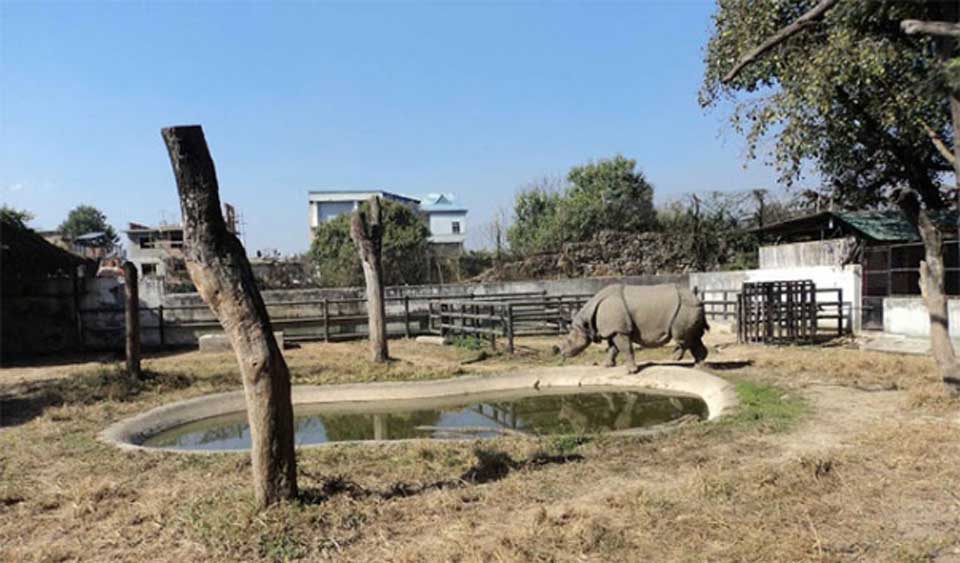 KATHMANDU, Feb 24: The Jawalakhel-based Central Zoo has intensified the works to construct new and advanced structures for animals. According to Zoo's information officer Lina Chalise, a new shelter with air-conditioned facility is being built for red panda.

Similarly, the construction of new homes for blue bull, jackal and crane is on the progress. The Zoo has presently no blue bull; but visitors will soon get an opportunity to catch the sighting of it as the Zoo is preparing to bring this animal from the far-western Nepal once the construction gets complete. Besides, works to upgrade a walkway meant for visitors are going on for their convenience.

The Zoo has used an area spreading in six hectare for wildlife habitat. The records show that there are 1,219 wildlife of 127 species in Zoo now.

A digital education center was setup here a few days ago to give information about animals and birds here, protected animals and about the National Trust for Nature Conservation (NTNC).

In the very beginning, wildlife brought from outside need to be put under special care for protections. Each year, 10 to 15 animals need such treatment. A protected animal needs special treatment under the care of veterinary doctor for six months to one year, without putting it on display to public.

The then Rana Prime Minister Judhha Shumser on 1932 AD had built this zoo as his private entity and its ownership had to come the government following the 1950's political change.

It was opened for public only from 2011 BS and the NTNC was entrusted with its management in 2052 BS for 30 years.

KATHMANDU, Feb 18: Raymond, a fabric manufacturer company, has inaugurated its new outlet at Jawalakhel of Lalitpur on Sunday. ... Read More...