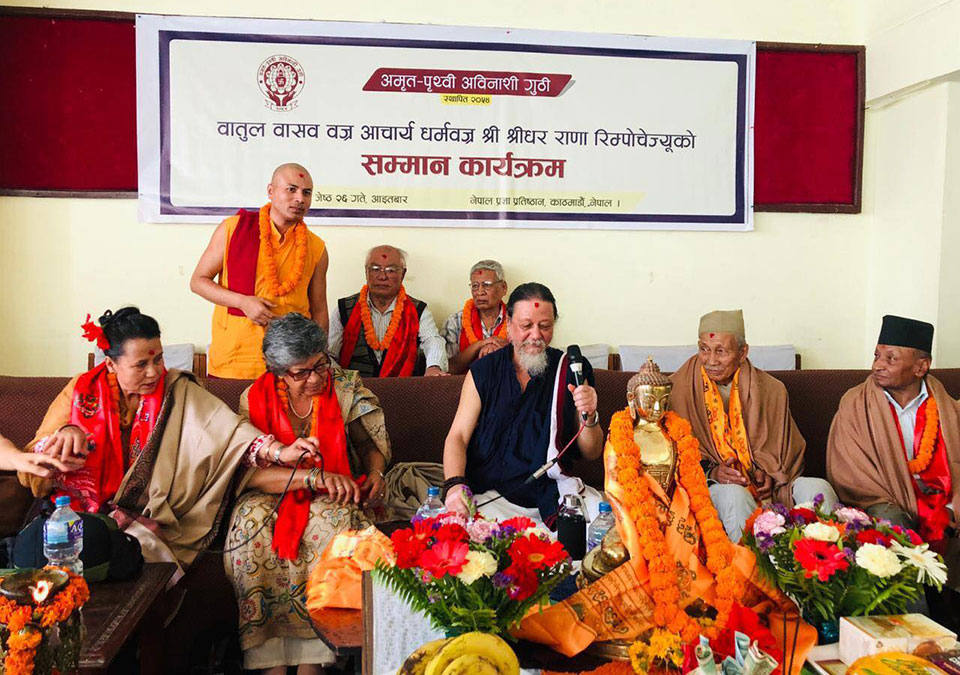 Rana is a great grandson of then Prime Minister Padma Shumsher Rana. The rimpoche followed the path of Buddhism and has been preaching the principles of non-violence of Buddha to his followers since the last three decades. He is considered a Gurubacharya of the Vajrayana sect and has been following Buddhism for a very long time. He has spent almost two decades in seclusion, meditating and practicing Buddhism.

The rimpoche expressed concern that people in Nepal were increasingly influenced by the western culture, while choosing to easily ignore their own religion.

Addressing the function, Rana talked about the origins of Mahayana and Vajrayana sects of Buddhism. He called for all those following Buddhism to come together, regardless of their sect.

“People who follow Buddhism must continue all the cultural practices and that should also be taught to the future generation,” said Rana.

The rimpoche expressed concern that people in Nepal were increasingly influenced by the western culture, while choosing to easily ignore their own religion.

Rana talked about his childhood saying that he started giving lectures when he was in the 10th grade. Later on, his friends were motivated to learn more about Buddhism because of his influence. Born to a Rana family, the rimpoche went on to be a great teacher of Buddhism.

Amrit Prithvi Abhinashi Guthi works on gender equality and quality education for children. The organization also works for the preservation of Nepali culture for the future generation.

Seven towers ready for construction of transmission line
2 hours ago