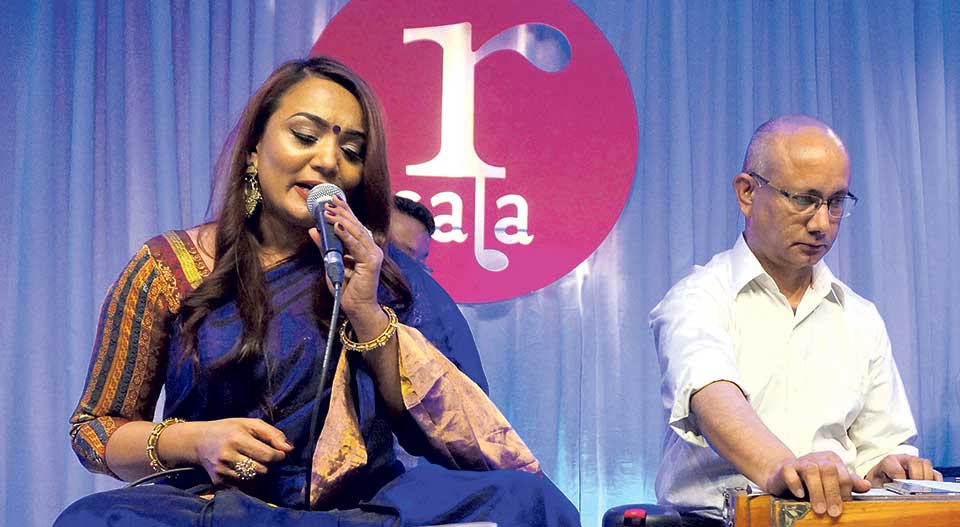 Nepali adhunik geet has always had a devoted audience across the country, albeit a smaller one than popular music. While one can hear and see the songs and videos on radio or TV, there is an entirely different feel to it when you sit amidst other adhunik geet enthusiasts and listen to these tunes of the past, and that too when musicians trained in classical music are lending their voices to it. Paleti, a program dedicated to keep the magic of Nepali adhunik music alive, one month at a time, is an event that you shouldn’t miss if you love music.

Paleti was started in the year 2005 and its main agenda was getting music enthusiasts close to music as well as the artists. The session was held on the last Friday of every month from January through December. The event also focuses on bringing singers who have chosen to stay away from the mainstream music industry and give them a platform that though small is exclusive. Previous artists featured in Paleti sessions include Shanti Thatal, Phatteman, and Kumar Subba to name a few.

This year, from February 22 to 24, Nepalaya hosted the Paleti session after a hiatus of two years and, this time, they chose to celebrate the contribution of women in Nepali adhunik music. Meena Niraula lent her melodious voice to remember songs sung by legends like Tara Devi and Shanti Thatal who not only made singing and music more accessible for women but further refined the genre of Nepali adhunik music as well.

From now on, the Paleti sessions will be based on themes and the month of February focused particularly on women’s contribution to Nepali music. Recalling the history of Nepali music, not only have women been only a small part of it, their stay in the field of Nepali music has been shorter than their male counterparts. However, that is not to say that their contributions have not been as significant as other artists of their time, as their songs are played and talked about even today.

The event was hosted at the premises of Nepalaya in Kalikasthan, Kathmandu, and audiences comprised of adults as well as teenagers. The event kicked off with Niraula’s rendition of Melwa Devi Gurung’s ‘Na Ghar Lai’ to pay homage to a singer who was the first woman in Nepal to record a song. Paleti coordinator Abhash took to narrating fun anecdotes of meeting as well as hearing women artists who were featured in the session. The second song performed was ‘Samjhi Rahanchhu Nisdin’ by Koili Devi who was the first woman lyricist of Nepal.

Kolili Devi is known as the ‘cuckoo bird’ of Nepal and the name ‘Koili’ was given to her by Singh Shumsher JBR. Devi used to sing at the palace of Sing Shumsher JBR and after the end of the Rana regime, she rose as an independent singer performing on Radio Nepal. Niraula’s voice along with the melody of the harmonium, tabla, guitar and other instruments transported the listeners back in time and into the very beginning of the Nepali adhunik geet era.

As the evening progressed, Abhash shared personal details of his meetings with Darjeeling based singers like Shanti Thatal, Dawa Gyalmo and how he invited them to perform at a Paleti session by traveling all the way up to Darjeeling. All these quirky yet poetic anecdotes added a more distinctive and personalized feel to the evening, making the audience feel like they too were a part of the entire process of the event as well as provided a closer window to the personalities and characteristics of the artists mentioned.

Songs like ‘Phula ko Thunga’ by Tara Devi whom Abash called “the biggest talent in Nepali classical music” as well as ‘Samhalera Rakha’ by Shanti Thatal were performed and perfectly executed by Niraula and her team. Other female artists featured include Gauri K.C and her song ‘Rani Talau Kinara’, Deji Baraili and her timeless classic ‘Euta Khulla Kitab’ as well as songs by Tara Thapa, Meera Rana, and Hira Devi Waiba.

The event was given a harmonious close for the day with Melwa Devi Gurung’s ‘Sawari Mero Relaima’. The effort put in by the crew as well as the singers and performers were evident by the stillness of the audience whenever a song was being sung and also by the long, continuous applause at the end of each song.

According to Arpan Sharma, one of the coordinators of Paleti, before the two-year hiatus, there used to be a Paleti session at the end of each month. “However, the pull of audiences was such that, from now on, we have decided to host three consecutive sessions of the same Paleti so as to bring more people closer to their love of music,” he says.

The next session of Paleti will held from March 29 to 31 and will feature Abhash, the brain behind the Paleti sessions where, with the help of his team, he will play his compositions and songs for the audience. Moreover, the tickets will be made available in a few days time. “They have already started working to make the second Paleti session of the year 2019 as successful as the first one,” concludes Sharma. 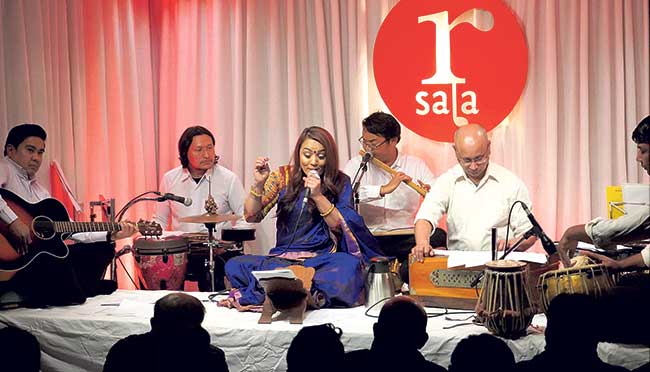 Paleti to begin again from Friday

Nepalaya’s micro event series, Paleti is all set to continue from Friday after an interval. The event series will start... Read More...

KATHMANDU: Shanti Thatal, one of the most prominent singer and musician representing the era of Nepali Adhunik music, will be... Read More...