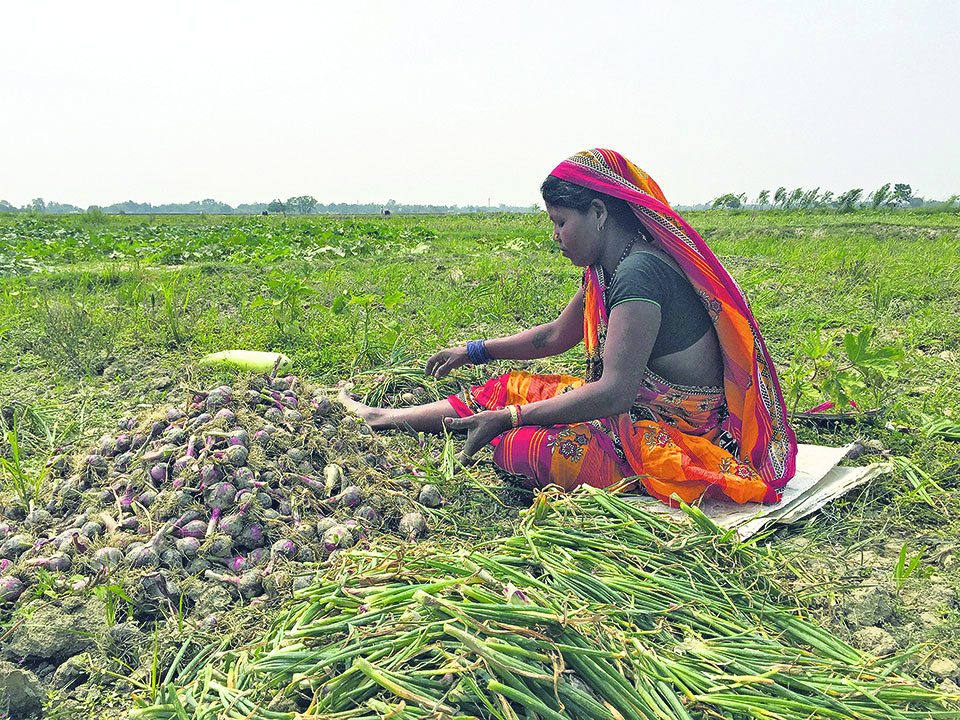 Silva is the Director-General of FAO and Houngbo is the President of International Fund for Agricultural Development
news@myrepublica.com

Many family farmers in developing countries live in poverty and many go hungry themselves. This is unacceptable, for them and for our collective future

When it comes to feeding the world, no one deserves more recognition than family farmers. Not only do they produce most of the world’s food but more importantly they also provide food that keeps people and the planet healthy.

The launch of the United Nations’ Decade of Family Farming 2019-2028 is a major step toward advancing family farming, and securing family farmers’ important role in shaping our future. This is the time to celebrate them and to thank our partners—from governments to civil society—for fighting with us to bring attention to the role of family farmers in feeding the world and nurturing the planet.

The advent of the Decade of Family Farming is the culmination of years of sustained efforts. It has been an intricate process that advanced and then slowed and met setbacks until, finally, there was a breakthrough—first, the launch, in 2014, of the International Year of Family Farming, and now the launch of the Decade, which is meant to spur concrete actions to support family farmers over the next 10 years and beyond.

Although family farmers are the bedrock of our food system, they also face challenges. Many family farmers in developing countries live in poverty and, paradoxically, many go hungry themselves. This is unacceptable, for them and for our collective future.

They are smallholder farmers, families of fishers, mountain and forest people, herders and other rural people who work the land.  But they do much more. They create jobs—on and off farms—and make rural economies grow. They preserve and restore biodiversity and ecosystems, and use production methods that can help reduce or avert the risks of climate change. They ensure the succession of knowledge and tradition from generation to generation. And, in this way, they produce food that is healthy, nutritious and diverse, and culturally appropriate. To continue to do so in an era of rapid change and numerous challenges, they need our support.

This is why FAO and IFAD are co-organizing a three-day Conference in Rome this week to officially launch the Decade. We are not alone in making this call to recognize the role of family farming. Representatives, including farmers and farmers’ organizations, from around 100 countries are participating in the event.

Family farmers in developing countries have enormous potential, but they lack access to resources and services to support their food production and marketing. Infrastructure in rural areas is poor, and the environmental and climatic conditions on which they rely are under threat. Policy makers need to recognize the challenges and take action. But too often, the voices of family farmers go unheard in political processes.

Women, who make up half of the world’s family farmers, face some of the greatest constraints. Rural youth are also highly vulnerable. The time to act is now. And this is why we are not only urging the international community to give more support for family farmers, but also mapping out what needs to be done and how.

The Global Action Plan for the Decade of Family Farming will guide our efforts to create a more enabling environment, putting forward actions that can be taken during 2019-2028. The plan highlights the need to increase, among other things, family farmers’ access to markets, income-generating opportunities, social protection programs, capacity development and information. It also points to the need to strengthen family farmers’ organizations in order to develop collective, integrated solutions.

By investing in the people who sustain us, we are investing in food production systems that are healthy, can fight hunger and malnutrition in all its forms including the growing problem of obesity, can safeguard our environment, and build more equitable societies.

Ultimately, by investing in family farming, we are doing what is right—for ourselves and generations to come.

Digitalizing farming process by providing farmers access to the internet can help solve most of the problems facing Nepali farmers, including... Read More...