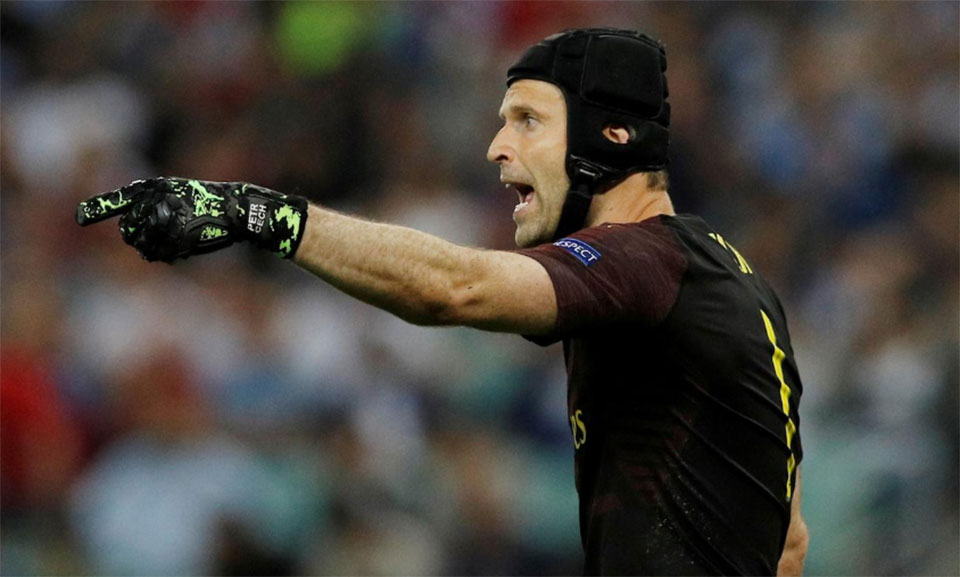 Cech spent 11 years as a player at Chelsea, winning 13 major trophies, including four Premier League titles and the Champions League, before moving to their London rivals Arsenal in 2015.

In his new role, the 37-year-old will work closely with Chelsea director Marina Granovskaia and the first-team coaching staff and travel with the team to away games, the club said in a statement.

“I feel very privileged to have this opportunity to join Chelsea again and help create the best possible high level performance environment to continue the success the club has had over the past 15 years,” Cech told Chelsea’s website.

“I’m looking forward to the new challenge and hope I can use all of my football knowledge and experience to help the team achieve even more success in the future.”

Cech ended his playing career with Arsenal at the end of last season, making his final professional appearance in their 4-1 defeat by Chelsea in last month’s Europa League final.

His appointment kickstarts an overhaul of Chelsea’s backroom staff, with the club also looking to appoint a new manager after Maurizio Sarri left for Juventus.

Cech’s former Chelsea team mate Frank Lampard has emerged as favourite to replace Sarri after guiding Derby County to the Championship (second-tier) playoff final in his first season in management.

LONDON, Oct 20: A 74th-minute strike from Spanish wing back Marcos Alonso earned Chelsea a deserved 1-0 win over a... Read More...