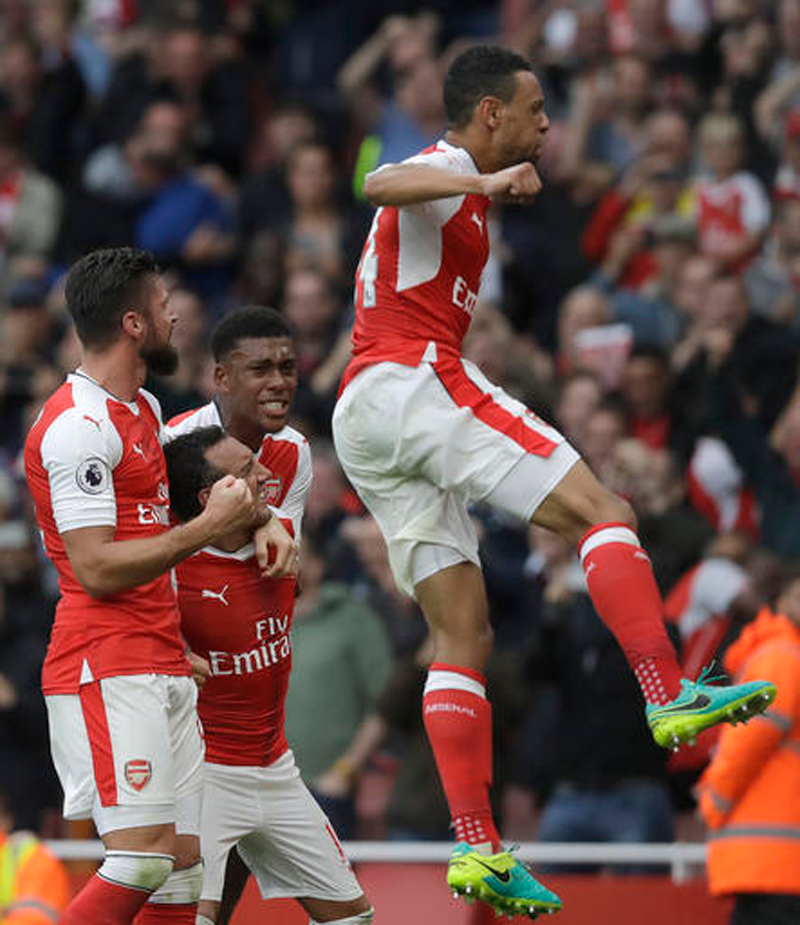 LONDON, Sept 10: Arsenal relied on Santi Cazorla's stoppage-time penalty to secure a 2-1 victory over Southampton on Saturday after another unconvincing display from the London club as it chases a first Premier League title since 2004.

Faced with dropping another two points, Arsenal benefited from a favorable refereeing decision after Jose Fonte dragged down Olivier Giroud with a tug on the striker's shirt 30 seconds into stoppage time.

It was Giroud's most significant contribution in the half hour after replacing Lucas Perez, who was similarly ineffective up front on his debut. Giroud slipped when trying to meet a cross at the far post and headed off target.

Arsenal fell behind in clumsy circumstances in the 18th minute. Dusan Tadic's free kick was pushed onto the crossbar by Petr Cech but the ball came back down off the Arsenal goalkeeper's back and into the net.

Arsenal hadn't managed a shot on target until that point. The hosts did score with their first effort in the 29th minute and it was a memorable way for Laurent Koscielny to mark his 31st birthday. In the goalmouth, the defender arched his body, connected with the ball with his right boot and acrobatically kicked it over his head into the goal.

After picking up only one win from its first three games, it looked like being another frustrating day for Arsenal until Cazorla's late intervention. The Gunners have now reeled off back-to-back wins but they remain five points behind leader Manchester City and looking far from being title challengers.

KATHMANDU, May 18: The ongoing session of the Legislature-Parliament has come to an end from Thursday. ... Read More...