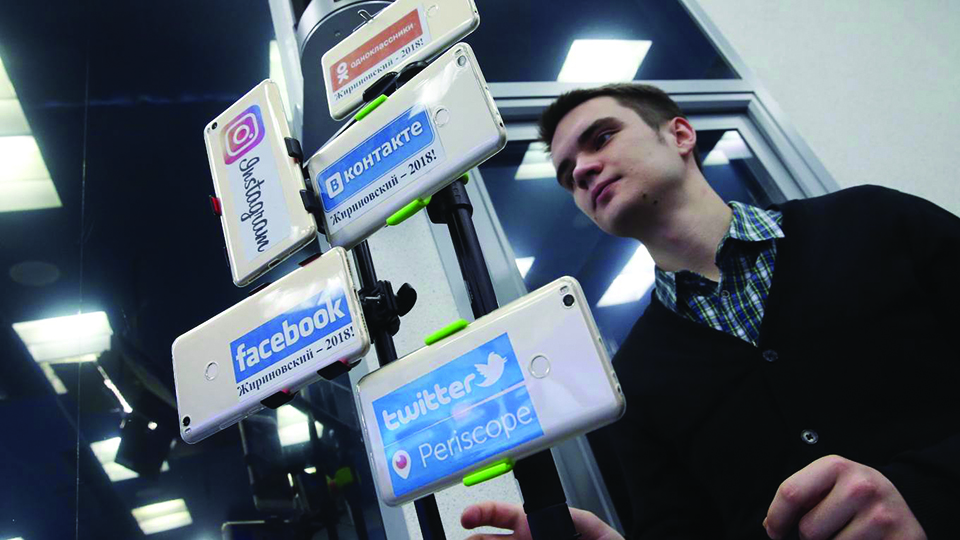 With spread of disinformation online, regulations to police some kinds of speech may seem like a good idea but in some cases, laws enacted in “public interest” can actually work against it

QUITO – To understand the possible consequences of US President Donald Trump’s constant denunciations of the press, one need look no further than Ecuador, where former President Rafael Correa’s government attacked the news media for years. During his 2007-2017 presidency, Correa implemented a raft of measures aimed at stifling press freedom. And, like Trump, he regularly used the media as a whipping boy to rally his supporters.

In 2015, Correa managed to pass a constitutional amendment re-categorizing communications as a public service, like water or electricity, thereby allowing for more state control over speech. And with the stated goal of ensuring “balanced media coverage,” he pushed through the 2013 Ecuadorian Communication Law, and enacted additional regulations allowing the government to crack down on journalists with fines, forced public apologies, and even prison sentences.

Like Trump, Correa would sometimes go on television or radio programs to denounce journalists by name; and his government repeatedly took news organizations to court. For example, Correa brought an $80 million lawsuit against El Universo, one of the country’s major newspapers. In the end, the paper was forced to pay $40 million in exchange for a “pardon.”

With the spread of disinformation online fueling distrust of the media and other institutions, regulations to police some kinds of speech may seem like a good idea. Clearly, major distribution platforms like Facebook need to be more heavily regulated.

But, in some cases, laws enacted in the “public interest” can actually work against it. And at the same time, laws meant to support legitimate journalism usually offer only scant protection against those who are determined to act in bad faith. I learned this first-hand when I accompanied a group from the Committee to Protect Journalists (CPJ) on a recent trip to Ecuador.

From speaking to Ecuadorian journalists, it is clear that most of Correa’s media policies and enforcement practices crossed the line into outright censorship. News outlets that did not provide ample coverage of government statements were fined, as were outlets that did not recirculate foreign press reports that were favorable to the government or critical of opposition figures. On some occasions, news outlets were even forced to print or air lengthy dissenting statements from government officials who disliked their treatment in the media.

Ecuador’s experience shows how laws that seem reasonable on paper—such as those guaranteeing subjects of news stories a “right to reply”—can easily be abused. According to Ecuadorian journalists, government officials often refuse to speak to reporters because they know that, should a story about them appear, they can simply force the outlet to publish a long, unedited statement of their own. And though news outlets may appeal in “right to reply” cases, doing so can lead to lengthy and costly lawsuits.

Ecuador’s current president, Lenín Moreno, has promised to ease the country’s media restrictions. And in a recent meeting with the CPJ, Ecuadorian Secretary of Communication Andrés Michelena said the government plans to reform the Ecuadorian Communications Law this year. Still, as the journalists we met noted, the structure and language of the law have not changed.

In general, Latin American media tend to be captured by elites, with wealthy owners whose interests are represented in how the news is reported. This is why many of the leftist politicians who came to power in the last two decades pledged to make media more representative of voiceless and marginalized communities.

For example, in Argentina, certain forms of cross ownership were banned. In other countries, underrepresented indigenous communities were given cameras and broadcast licenses. And in some cases, governments have interrupted programming on privately owned television stations to issue political statements. Under Correa, the government even assumed editorial management of the country’s oldest newspaper, El Telégrafo.

In Ecuador, what started as a move toward media diversity ten years ago has ended up eliminating much of the country’s capacity for investigative and critical reporting. This does not bode well for the country’s future. Aggressive, fact-based journalism is a public good. As the fourth estate, the media holds governments and corporations accountable by reporting on corruption, environmental degradation, and other violations of the public trust. But in Ecuador, journalists now must fear the consequences of doing their jobs.

Like many Latin American countries, Ecuador is deeply polarized. Correa still has many supporters on the left who point to his government’s stunning achievements in reducing poverty and boosting health and education spending. They say that the corruption during Correa’s presidency was no worse than under previous governments, and they applaud his government’s efforts to rein in the media, which they view as dishonest and representative of right-wing, corporate interests.

There is a lesson here for the US and other countries where distrust of the media is growing. Since the revelations that Facebook and Twitter played a key role in disseminating false information and sowing mistrust and racial tension in the 2016 US election, a growing chorus has called for stricter regulations. But such regulations can be difficult to implement fairly, and can have unintended consequences.

Ecuador has learned the hard way that if combating misinformation means the loss of in-depth, factual reporting and a media that can play a watchdog role, then the price is too high. Let us hope that this lesson is taken on board not just in Ecuador, but in democracies worldwide.

India’s Prime Minister Narendra Modi is among the most followed politicians in the world on both Facebook and Twitter, tucking... Read More...