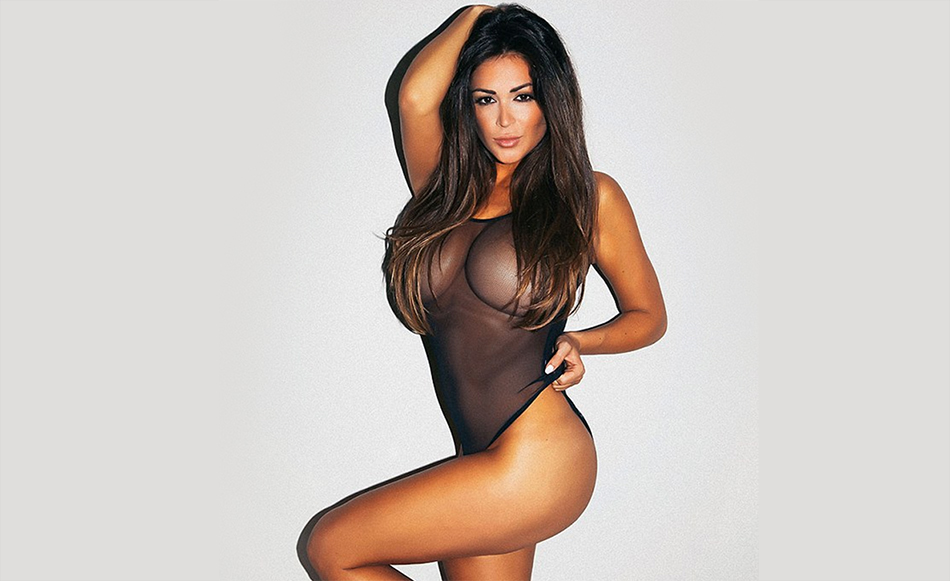 Casey Batchelor set pulses racing on Friday as she announced the release of her steamy 2017 calendar.

The glamour model, 32, put on a titillating display as she posed up a storm in an array of sexy lingerie - before stripping completely naked for this year's steamy shots.

The busty brunette first left little to the imagination in a semi-sheer lace bra and thong set, which displayed her incredible figure in all its glory.

Her eye-popping chest took centre stage in the black top, which cut daringly low to display almost all of ample cleavage.

The racy underwear then also featured thin black straps higher up, which perfectly lined and drew further attention to her plentiful bust.

Matched with a barely-there thong, the Essex native showed off her enviably flat stomach and long, lean legs as she smouldered for the camera in the sizzling snap.

The racy underwear then also featured thin black straps higher up, which perfectly lined and drew further attention to her plentiful bust.

Later on she sat down seductively on a bed in the same outfit with a coy hand behind her head, showcasing her rippling abs and defined stomach to the camera.

In a further shot she clad herself in a semi-sheer black mesh leotard, which she pulled up saucily at the side to tease at her rounded and perky derriere.