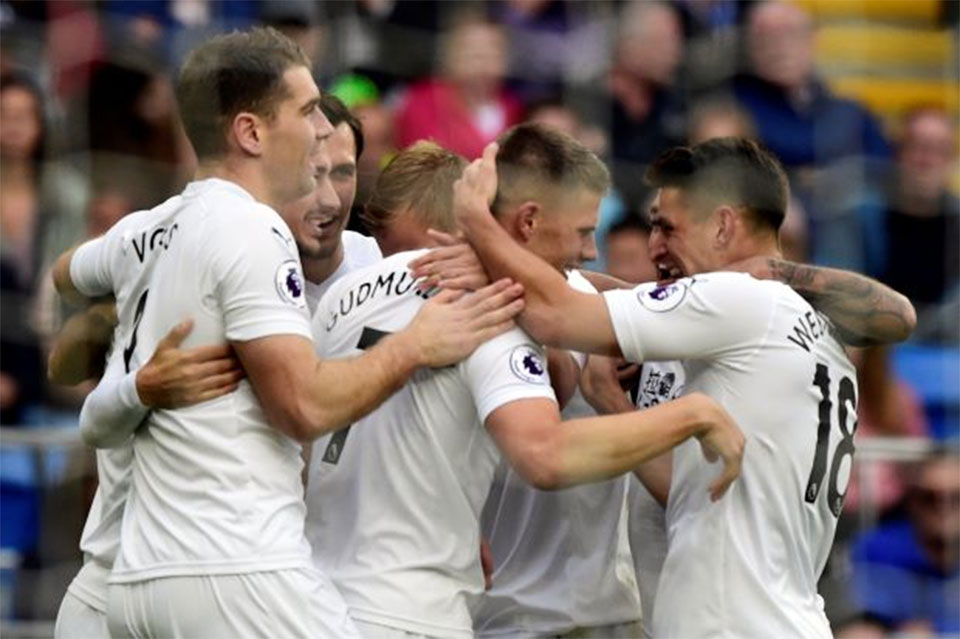 Oct 1: Cardiff City missed a chance to move out of the Premier League’s bottom three by conceding two poor goals in a 2-1 home defeat by Burnley on Sunday.

The home side’s direct style nevertheless troubled Burnley throughout, particularly from set pieces, leading to one disallowed goal and a clearance off the line before halftime.

The long throws and heading ability of skipper Sean Morrison were particularly dangerous.

In the 10 minutes before halftime, Morrison twice won headers from corners at the far post to create a good opportunity.

He was penalised for a foul, however, before Murphy flicked the ball past Joe Hart and when he headed square again, substitute Kevin Long cleared off the line from Callum Paterson.

Before that Murphy, cutting in from the left, hit the outside of a post.

By the interval Cardiff had had 10 attempts on goal to Burnley’s one — they finished with 19 against three — but a lack of concentration led to them falling behind early in the second half.

Taylor was allowed to latch onto a quick throw and cross to the far post where Gudmundsson squeezed his header past goalkeeper Neil Etheridge.

Murphy equalised with a composed side-footed effort from 15 metres for his first Premier League goal since a 12 million pound ($15.63 million) transfer from Norwich City.

He then forced Hart into a fine save from a dipping shot.

But slack defensive work allowed Gudmundsson to volley a cross and Vokes to glance in a stooping header for another Burnley win to follow last week’s 4-0 success against Bournemouth.

“We needed it after a tough start to the season. We knew it would be tough and it was a battle. We came out in the second half and played a bit more.”