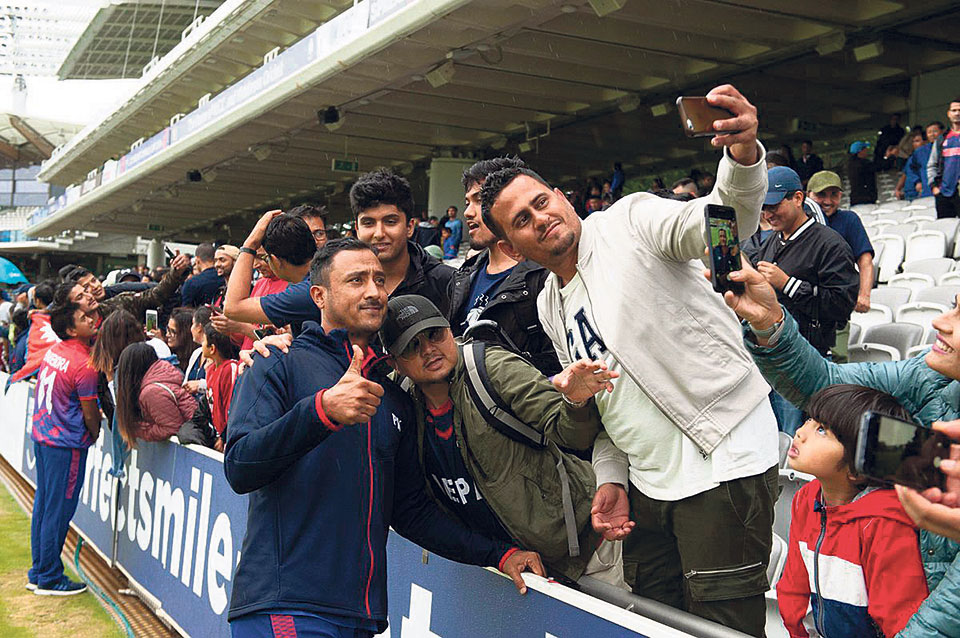 KATHMANDU, July 31: Nepal national cricket team is all set to play its first-ever One-Day International (ODI) match in Amsterdam, the Netherlands, on Wednesday.

Earlier this year, Nepal had marked its biggest accomplishment to date in the country’s cricketing history by securing the elusive ODI status with a six-wicket victory over Papua New Guinea in the seventh place playoff semifinal under the ICC Cricket World Cup Qualifiers in Harare, Zimbabwe.

On Sunday, skipper Paras Khadka lead Nepal national team for a T20 triangular series at the Lord’s, winning a match against Marylebone Cricket Club (MCC) and settling for a no-result against the Netherlands after rain interruption.

Khadka shared some of his experience of the national team’s ‘treacherous’ as well as ‘joyous’ journey, in conversation with International Cricket Council (ICC).

“We have always wanted to get to this point, and the challenge is to keep on growing from here. Eight years ago we were playing in the ICC World Cricket League Division Five and now we are among the top 16 nations in the world,” said Khadka.

“Our next goal is to become a Test-playing country. We have worked hard for the ODI status and the tournament against the Netherlands is an opportunity for us to explore ourselves, enjoy the experience and hopefully put up good performances.”

The 29-year-old allrounder recalled Nepal’s triumphs over the years, from Under-19 tournaments to ICC World T20 appearance. “We played at the ICC Under-19 World Cup -- beating South Africa twice besides New Zealand and Zimbabwe -- and have played against some of the best players from the other nations.”

The right-handed middle-order batsman recalled how Nepal played excellent cricket, leading to fulfillment of lifelong dream for his generation of cricketers. He, however, also remembered being nervous during matches against Test nations like Bangladesh in the ICC World Cricket League Division Two and World Cup Qualifiers earlier this year.

“I remember feeling very nervous. It did take a lot out of us. We played some of our best cricket during those three matches at the ICC World T20, against Hong Kong again, Afghanistan and Bangladesh,” he said.

“Then this year, qualifying from ICC World Cricket League Division Two in Namibia and making it to the ICC World Cup Qualifier in Zimbabwe was another special moment,” he added. “Those are the high points. This year has been so important for my generation of cricketers because we have worked so hard to get to this point.”

“We have a fantastic team spirit, which has definitely been a big plus point for us. We fight for every run and every wicket. All of us have been very honest and hard-working, and maybe someone out there is watching us,” said Khadka sharing the secret of Nepal’s success over the years.

He also recognized the role of Nepali fans who would reach the venue to cheer the Nepali national team in any part of the world.

“We also have an amazing fan following wherever we go. The Nepali Diaspora would come out in big numbers to support us, and we feel blessed. They really boost our spirits.”

Khadka is optimistic about the role that the Nepal government can play in uplifting the country’s cricket, and hopes that a fully functioning cricket board will be formed soon that would contribute toward the development of the game.

“The government of Nepal is looking to help us grow and hopefully, we will have a fully functioning cricket board soon as well. If we can get all the resources together, then hopefully we will see good days ahead for Nepali cricket,” Khadka said.

He also briefly talked his career ahead and listed some of the priorities that a captain should set.

“I’ve been playing for 15 years. I had never thought I would get this far. But there will come a time when it is enough -- it might be in six months or six years,” Khadka said. “But for now, I would like to contribute as much as possible and I will keep on pushing myself toward that.”

“It all comes down to setting standards and taking it from there. As a captain, it has been a fabulous journey, and I hope it will continue. The most important thing is to keep performing and to help the team grow.”