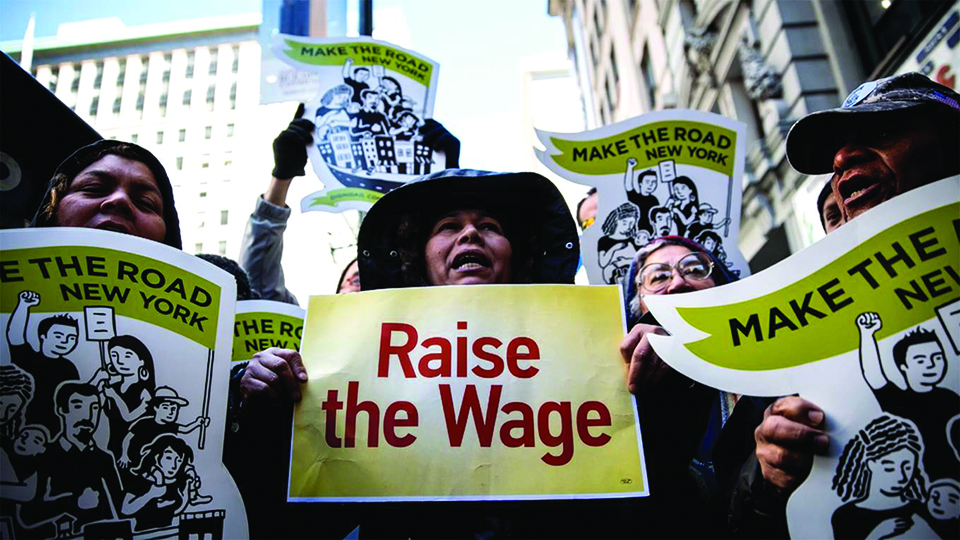 Teresa Ghilarducci is Professor of Economics at The New School for Social Research and the Director of the Schwartz Center for Economic Policy Analysis (SCEPA) and The New School’s Retirement Equity Lab (ReLab)
news@myrepublica.com

Among the ten occupations now recording the most employment growth, only three pay above-average wages

Every economics student knows that when demand outpaces supply, prices should go up. But, despite an historically low 3.9 percent unemployment rate in the United States, the “prices” for American workers—their wages—are stagnating. Why?

There are two reasons: One pertains to measurement, the other to power.

The first explanation is admittedly superficial and bypasses the capital-labor conflict altogether. It is possible, though unlikely, that labor-market tightness is being misread and that many people who want jobs are not being counted.

The second reason is more profound: Simply put, labor has lost, and capital has won. Consider the evidence: From 1973 to 2013, hourly compensation of a typical US worker rose just nine percent, while productivity increased 74 percent, putting little pressure on prices but dramatically boosting profits.

Of course, this raises another question: Why might capital be stronger than labor? There are four main explanations.

First, unions are weaker today than in the past. Between 1979 and 2013, the share of private-sector workers in a union fell from about 34 percent to 10 percent for men, and from 16 percent to six percent for women. This has not only hurt workers on the job; it has also damaged labor’s ability to lobby for higher minimum wages.

Government policy and corporate power have eroded unions’ influence, and laws and regulations have made owning capital more rewarding than ever relative to working. For example, the 2017 GOP tax bill was sold to the public with the claim that cutting corporate taxes would give companies room to raise wages and keep profits steady. Instead, wages haven’t budged, and profits have soared.

Second, even with low unemployment, workers are insecure at work. While two thirds of Americans say this is a good time to find a quality job, just as many people fear losing their job now as in 1991, when the unemployment rate was seven percent, or nearly double what it is today.

The third explanation is the rise of super firms. These very large companies—think of Facebook, Amazon, Apple, Netflix, and Google [the FAANGs]—are consolidating monopoly power. While the technology the FAANGs deploy and the scale at which they operate have lowered consumer prices, this come at the high cost of suppressed wages for workers—who of course are the consumers.

With productivity decoupled from pay because of the rise of super firms and government policies tilted in favor of capital, popular and voter outrage should come as no surprise. But whether protest will lead to meaningful political reform or more of the same remains an open question.