After a gap of two decades, local level election was held on Sunday on three of the seven provinces of Nepal. This election seemed to excite as well as give hope to the new generation of the country.

Republica talked to voters from diverse group to find out their opinion regarding the election and at the same time to talk about their feelings.

Uma Pradhan Shrestha, 41
I feel happy that the local level election is finally happening. I chose to vote for the candidate according to their capability. It is necessary to vote because this will determine the progress of the country. If a right person reaches the right place then the country will move forward in the path of development.

Kamal Khadka, 47
Local level election should have happened a long time ago and I am happy that it is finally happening. I have voted before and I don’t want anyone to make the same mistake of not choosing the right candidate this time. I feel that I have voted for the right person this time by measuring their capability. Everyone who is eligible to vote should vote to choose the right representative for the country.

Shweta Thapa, 40
I am feeling good that I got the chance to vote for local level election but the candidates should now be able to fulfill their promises as I have fulfilled my responsibility as a citizen. I voted this time by analyzing the party’s agenda and reading their manifesto. It’s high time that the right party lead the nation and push our country towards development.

Poonam Gurung, 30
It’s good that local level election finally took place because through this you get to choose your representative. This time I chose candidate according to their potential and capability. I also did a background check on them. We always curse our government saying that their policy is not effective but through our vote, we can change the thought , by electing the right person.

Rita Karki, 35
This is the second opportunity that I got to vote and I am satisfied with the government this time . I hope I chose the right candidate this time as I voted analyzing their dedication to work for the community and the country. Everyone should utilize their right as a citizen of the country by casting a vote.

Pooja Gurung, 24
I chose to vote for the candidate not by looking at their political affiliation but their capability. I think we have learnt the lesson form the past and should focus more on analyzing the candidate. I hope my candidate fulfills all the promises that was made during the campaign. As a citizen of Nepal, it is our responsibility to vote and even though our chosen candidate doesn’t win , we must be able to accept the final result.

Lhamu Sherpa, 56
This is the fifth time I have cast my vote. I am hopeful that a capable party which will work for the improvement of the country will be on power. This election will mark a new height for enhancing peace and development of the country.

Ngajo Tamang, 72
This is the second time I have voted. As elections are conducted for the country’s betterment, I am delighted to perform my part of duty as a citizen. I have voted with the hope that the elected person or party would invite better facilities working for the betterment of every citizen.

Rajdev Dhungana, 77
This is the seventh time I have voted. Voting for the seventh time now, I am hardly excited and hopeful for the improvement of the country. I have voted to perform my duty as a citizen whereas I don’t tie any expectation with the election though it has been carried out after 20 years.

Rita Dangal, 45
This is the third time I have voted. I think this election holds a different priority as we are in the process of electing a local representative for the country. I believe, I have cast my vote for a capable candidate who would play an effective role to sum up people from every corner of Nepal for its all-sided development.

Chiranjivi Lamichhane, 63
This is the seventh time I have cast my vote. I didn’t have any preference. I think a capable person should be elected forward to be the representative of certain group of people. Since this procedure is for the betterment of the country, I think we should elect a person who holds a good vision for the country.

Hari Aryal, 46
I don’t exactly remember but I have voted for a numerous times. Since this election was held after 20 years, I feel happy and hopeful to become a part of it. I think I have voted for a capable person who would hopefully work for the sustainable development of the country.

Meena Lama, 26
I feel excited to be a part of the election that is being held after ages. Since it is the second time I have cast my vote, I was delighted to do it after many years. I didn’t know whom to cast the vote so I did a little research regarding the party candidates. I hope the election brings more stability and development in our country.

Ang Nuru Sherpa, 22
This is the second time I have casted vote. I think it would be a great idea to provide opportunity to the youths because they are one of the active and influential population of the country. I do have high expectation from the election and from the soon-to-be representatives.

Ashok Karki, 25
This is the second time I have cast vote. I feel I have performed my responsibility as a citizen. I voted with the hope that the elected representative would carry out their works and responsibility in an effective manner.

Sunita Bajracharya, 53
This is the third time I have voted. I have done it on the basis of the eligibility of the candidate. Because I prefer fair and fruitful outcome for every citizen, I think I have voted for the right candidate as per the need of the country.

Anish Dahal, 19
This is the first time I have cast a vote. I feel excited to become a part of historical moment. I don’t know much about politics so I took suggestions from my elders on how to vote and whom to vote. I am moderately hopeful about the election because the new structure of federalism and local representation has kept me hopeful.

Santa Bastola, 44
I have cast vote for a numerous times. I first voted when I was 16 years old. I believe, the entire citizen have the mutual expectation and hope from this election. Since we all are taking a little step towards the betterment of the country, it is very obvious that we have been moving ahead to have a country filled with peace and harmony.

Bindu Bogati, 51
This is the third time that I have voted and I feel glad that I got this chance. In the end it doesn’t matter who wins , I just want them to take the country to a new direction but I do hope that the candidate of my choice wins as I had carefully analyzed the candidate’s past record this time before voting.

Chudamani Ghimire, 64
I hope the community develops now that the local election has taken place. I didn’t fall into the trap of voting someone due to their political affiliation this time. I just want the right candidate to reach the right post.

Pravash Pokharel, 20
I am a first time voter and I feel good that I got the chance as this system promotes democracy. I chose the candidate on the basis of merit and did thorough background check before casting my vote. I think it’s necessary to vote because it safeguards democracy.

Binod Khadka, 61
Local level election plays an important role for the local development and instilling justice in the country. I am hopeful now that the local election has taken place citizens will be able to exercise their right fully. I looked at the candidate’s capability and also analyzed their political affiliation. It is necessary to vote as it is important that citizens get to choose their representative in a democratic system.

Sabita Purkoti, 29
It is the first time that I am getting an opportunity to vote for local level election. This shows that we are getting chance to enjoy democracy and this election itself is a historic moment. I made sure to check the candidate’s background and analyze whether they have contributed to the society earlier. Everyone should vote because it’s our fundamental right and it’s how we choose the right candidate.

Rosalie Shrestha, 23
I was quite excited to vote since it was my first time. I made it sure to read the party’s manifesto and questioned the candidates who have stood up for local level election so that I could choose the right person. Everyone should vote so that the country doesn’t lose its path toward development.

Ina Basnet, 23
Since this was my first time voting , I was quite confused about what I was supposed to do. I made sure to choose the candidate who has contributed to society before. Voting during the election should be made compulsory as it determines the future of the country. 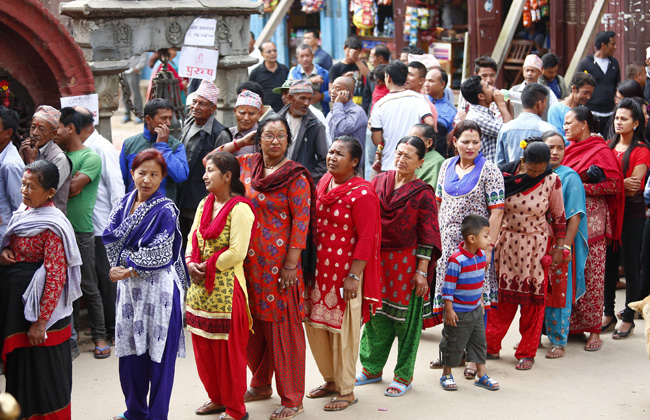 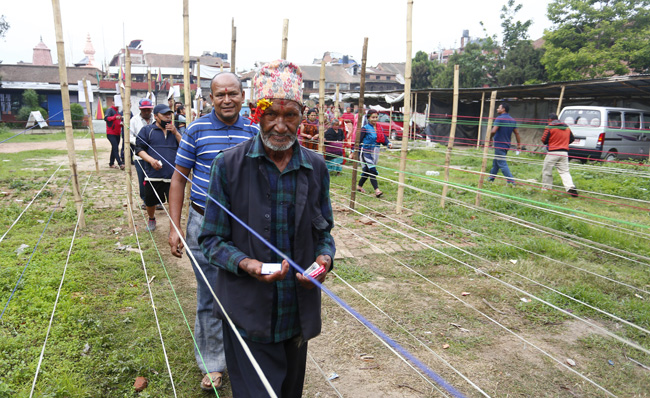 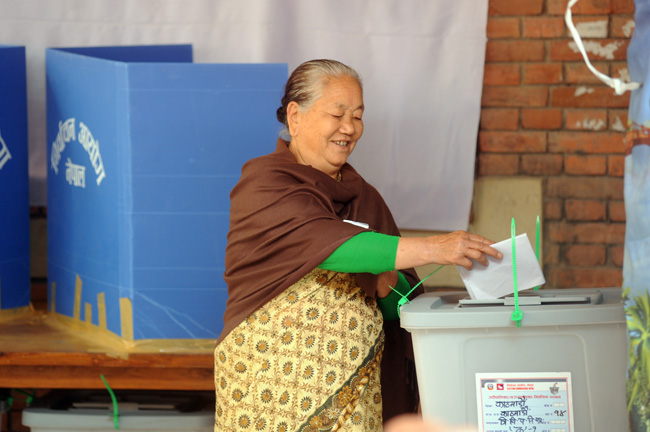 Silent period' is time for voters, candidates and EC to reflect upon: Experts

KATHMANDU, May 11: The 'silent period' that begins 48 hours before the polls open in an election is the time... Read More...