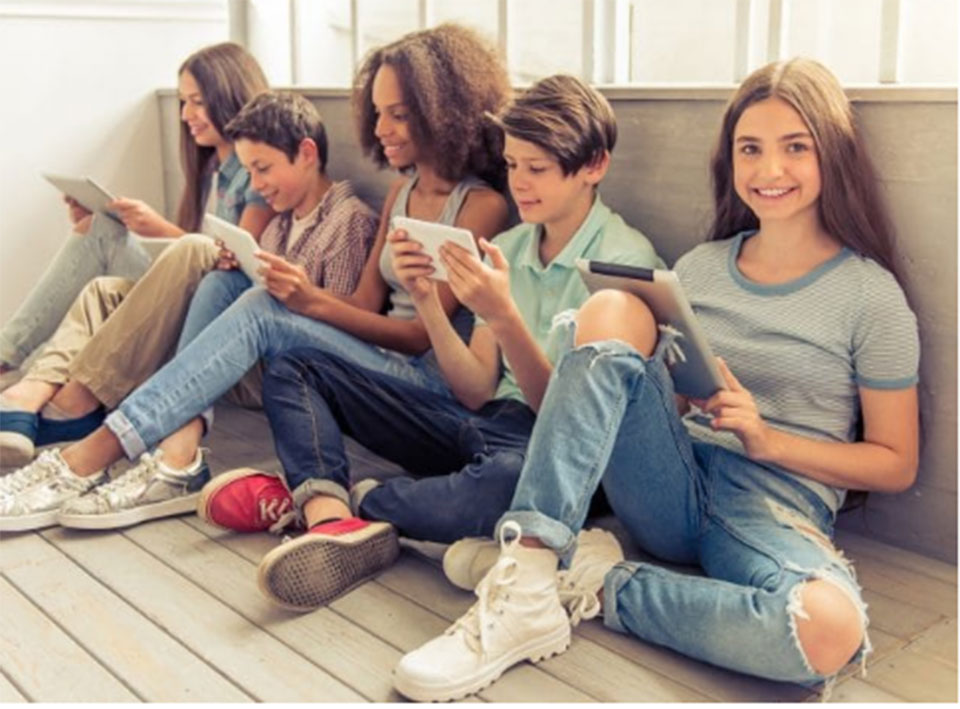 The findings, recently published in Clinical Psychological Science, stand in contrast to recent reports that social media use in teens may lead to depression. The researchers say these claims are based primarily on studies that only evaluated the associations between average social media use and average well-being measured at a single point in time.

“You have to follow the same people over time in order to draw the conclusion that social media use predicts greater depressive symptoms,” said lead author Taylor Heffer, a doctoral student at  Brock University in Ontario, Canada. “By using two large longitudinal samples, we were able to empirically test that assumption.”

Beginning in 2017, the researchers surveyed 6th, 7th, and 8th graders in Ontario once a year for two years. They also conducted annual surveys of undergraduate participants, beginning in their first year of university over a span of 6 years.

To measure symptoms of depression, the study used the Center for Epidemiological Studies Depression Scale for the young adults and an age-appropriate version of the same scale for the adolescents.

“This finding contrasts with the idea that people who use a lot of social media become more depressed over time. Instead, adolescent girls who are feeling down may turn to social media to try and make themselves feel better,” she said.

Overall, the evidence suggests that the worry surrounding social media use and its impact on teens’ mental health may be premature.

“When parents read media headlines such as ‘Facebook Depression,’ there is an inherent assumption that social media use leads to depression. Policymakers also have recently been debating ways to tackle the effects of social media use on mental health,” Heffer said.

Determining whether fears regarding the impact of social media have merit requires prospective longitudinal studies that allow researchers to examine whether it is social media use that predicts depressive symptoms (rather than the other way around), while controlling for other potential influences.

In addition, individual differences in personality, motivation, and current well-being are likely to play a critical role in the relationship between media use and future well-being.

“There may be different groups of people who use social media for different reasons,” Heffer noted.

“For example, there may be a group of people who use social media to make social comparisons or turn to it when they are feeling down, while another group of people may use it for more positive reasons, such as keeping in contact with friends.”

Thirty years ago this month, a young British physician working at a lab near Geneva invented a system for scientists... Read More...