Can the new PCR kits purchased by the Army still be used? Yes! 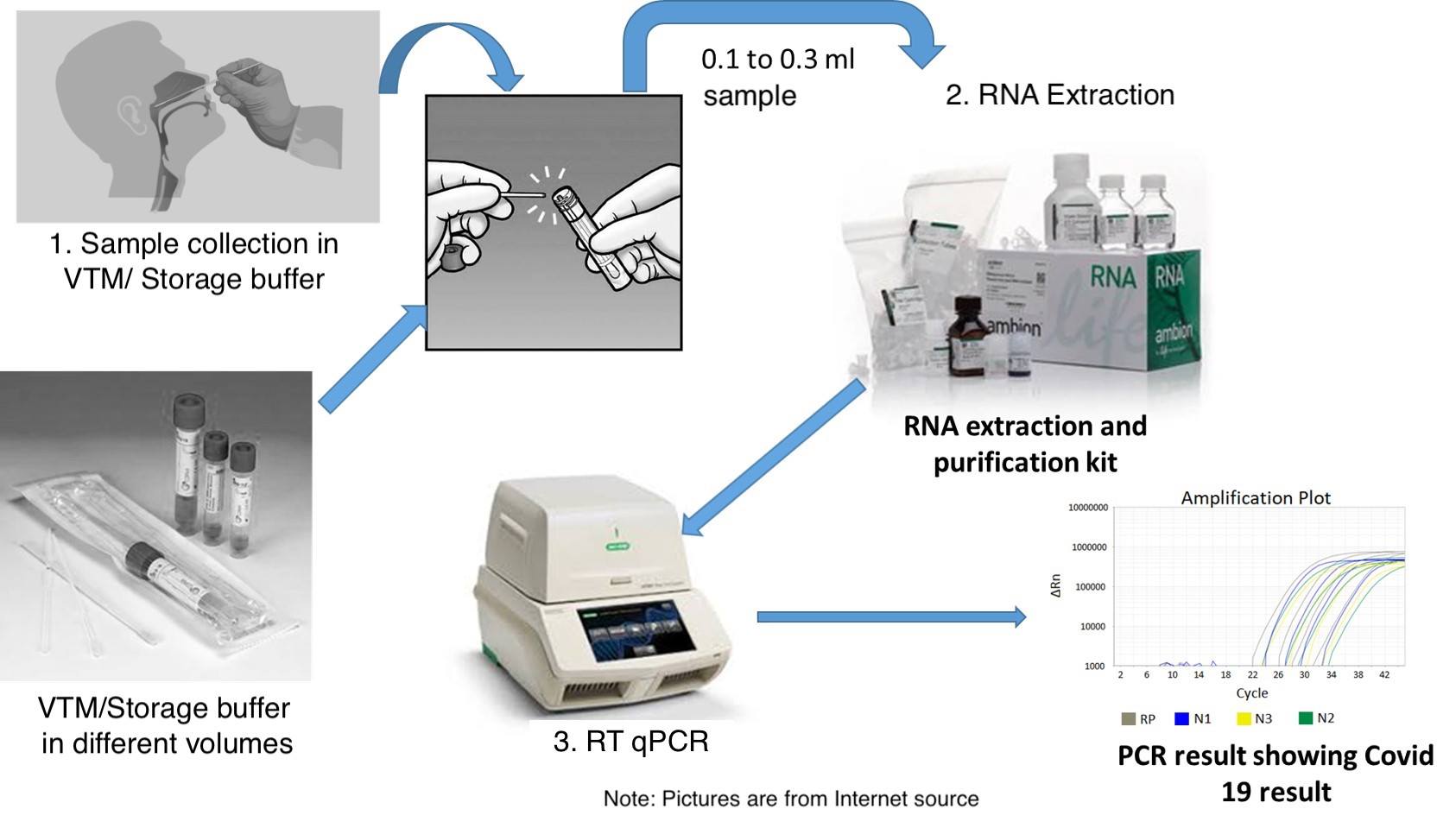 Napit (Msc Biotechnology) is a research associate in CMDN and a part-time faculty at TU Central Department of Biotechnology
news@myrepublica.com

Nepal has been under lockdown for more than three month now due to the ongoing pandemic of Covid-19. Nepal has taken lockdown as a major strategy to control pandemic due to lack of resources and test kits. The government of Nepal has been trying to get enough test kits required to control the pandemic from taking root in the country. As an effort to fulfill that demand, the government initiated procurement effort as well first via the Health Ministry directly through a contract that was awarded to Omni group and recently to Nepal army via government-to-government model. Both procurement done by the government has not been without controversies.

Let us talk more about recent procurement of kits and consumables procured by Nepal army. The RNA extraction kits with 1mL VTM instead of 3mL VTM have been talked about a lot lately.

Background of RT qPCR
Before making comments on kits and its incompatibility along with existing machines as well as labs in Nepal, we should know of RT qPCR detection of the virus SARS-CoV2. RT qPCR stands for ‘Reverse Transcriptase quantitative Polymerase Chain Reaction,’ an assay that detects RNA via PCR that involves conversion of RNA into DNA in real time. However, the test involves multiple steps before it gives a result on whether the sample has SARS CoV2 or not. The very first step, of course, is sample collection, in this case swab of either nasopharyngeal area or oropharyngeal area or sputum. As Covid-19 is a disease caused by RNA virus, it needs to be transported/stored in VTM.

What is VTM?
VTM stands for Viral Transport Medium. It is a liquid medium used to transport viruses that has a property to keep the virus intact during transportation. One may ask, why do we need VTM then? We need VTM to keep the virus intact till we get it to the lab for further processing, including PCR detection or culture. This means VTM is there to keep samples stable till extraction of the sample’s RNA.

1mL and 3mL VTM controversy
Most of the news reports state that VTM being 1mL makes it incompatible, and that we are using 3ml VTM. What kind of impact will it have if we use 1ml VTM instead of 3ml VTM? It is simple math: Samples in 3ml VTM will be 3 times diluted compared to 1ml VTM. This leads to a bit of late detection in RT qPCR as samples have been diluted, but they do get detected. Does this mean 1ml VTM is better than 3ml VTM? Not necessarily, but in terms of viral detection and VTM utilization less VTM is used per sample and viruses are more concentrated. However, in Nepal, we have collected samples in 3mL VTM, out of which only 0.1mL or 0.3mL is used for RNA extraction.

What is the 1ml VTM that was procured recently? Those are not the regular VTM, it is a sample storage buffer designed as a part of RNA-release technology by Sansure Biotech. However, this 1mL buffer should not compromise with the quality of the RNA in the sample as it is designed to specifically keep the virus RNA preserved.

What happens in RNA extraction?

Now the second step is RNA extraction, which means viruses are lysed (destroyed/ opened up) using different chemicals to release RNA that it contains inside of it and is then subsequently purified to get all the impurities out. Normally, almost all different RNA extraction uses 0.1ml to 0.3ml of VTM containing the possible virus sample. What this means is that out of all the VTM that is used to collect samples, only a very small portion is used to extract RNA out of it. The WHO guidelines also say 1mL VTM or normal 3mL VTM can be used to collect samples for Covid-19.

What happens in RT qPCR?

Then comes the final detection step RT qPCR, where RNA belonging to SARS CoV2 is detected via PCR. The PCR assay can be different based on the manufacturer that makes it. There are many kits and manufacturers that make and sell Covid-19 detection kits. But not all are open systems, and some are closed systems.

Open systems generally refer to kits being compatible and applicable to be used in all different platforms (labs/kits) and machines, while closed means only selected instruments will support it. What makes kits a closed system and which component can be made so that it gets locked to a single machine or platform. RNA extraction kits that are made of a closed system need an automated RNA extraction machine for the sample to be processed. From the online manual of the Novel Coronavirus Nucleic Acid Diagnostic Kit of Sansure Biotech, the nucleic acid extraction protocol does not indicate a closed system. In the final step of RT qPCR, the reaction can be designed in a way to be compatible in selected PCR machines only.

According to the online manual of Sansure Biotech, the nucleic acid extraction kits seem to be based on “advanced RNA fast-releasing technology”. This was what NPHL had found to be not useful when the same kits were donated to Nepal previously. The manufacturer has made it clear in the protocol that kits come with a ‘sample storage buffer’ (different from Viral Transport Medium) and RNA fast-releasing technology or reagent is not compatible with VTM used traditionally. However, this is not a closed system: if samples collected in VTM then commercial kits such as Qiagen QIAamp Viral RNA Mini Kit extraction can be used with their PCR kit.

In the final step of RT qPCR, the reaction can be designed in a way to be compatible in selected PCR machines only. We have learned that the PCR kits from Sansure Biotech are open systems, and that can be used in any real-time PCR machines.

There are tens of thousands more PCR tests to be conducted in Nepal, new specimens can be collected in these sample storage buffers and used with the RNA extraction and PCR kits from Sansure Biotech in any real time PCR machines in Nepal.

First question we should ask is: Do those who tested the kits have the experience and knowledge to address all the issues? Did the responsible department/s contact the company who manufactured the kits for technical support before announcing that the VTM volume was the reason to not work in the extraction kits or the PCR machines?

New samples can still be used with these RNA extraction kits and PCR kits.

65 inmates at the central jail and 93 security personnel across the nation have contracted the virus sop far ... Read More...