Can Navalny take down Putin? 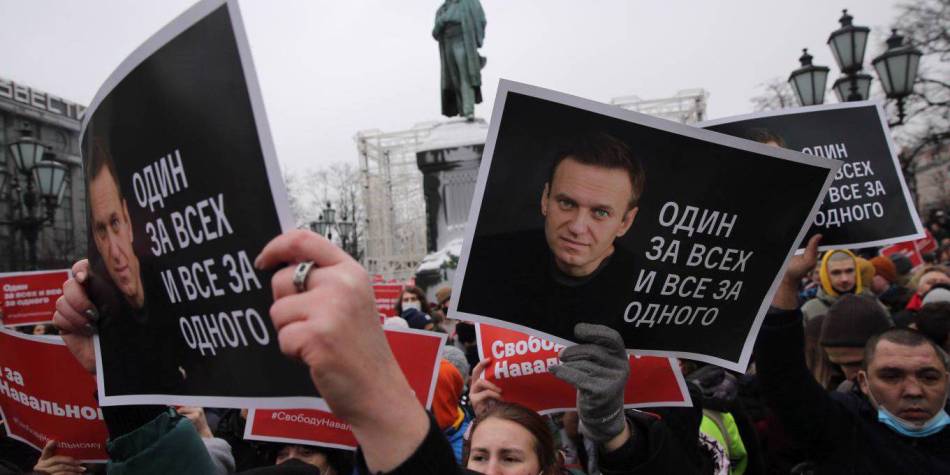 As the Kremlin’s response to the protests has shown, Putin and the state are one and the same. That makes toppling him a particularly difficult proposition.

MOSCOW – There are arguably two moments in the last century when a wrecking ball was taken to Russia’s political regime. In 1917, the Bolshevik Revolution toppled the country’s teetering monarchy. And, in 1991, an abortive coup by Marxist-Leninist hardliners against the reformist Mikhail Gorbachev accelerated the tottering Soviet Union’s collapse. Does the wave of protests that have swept Russia in recent weeks herald another regime change?

Not likely. To be sure, unlike the protests that roiled Russia in 2011-12 in response to Vladimir Putin’s third inauguration as president, today’s protest movement has a charismatic and sympathetic leader. Not only has Alexei Navalny been a relentless anti-corruption advocate for years; when he was arrested last month, he had just returned from Germany—where he had spent months recovering, after being poisoned with the Kremlin’s favorite nerve agent, Novichok—to continue confronting Putin’s regime.

But, unlike the twilight of the czars and the Soviets, Putin’s regime is neither teetering nor tottering. Putin has spent the last decade consolidating a police state, and he is prepared to use every available tool to retain power. The leader who invaded Ukraine and illegally annexed Crimea in 2014 to bolster his foundering approval rating, and who secured a constitutional amendment last year so that he could remain president for life, is not about to be forced from power by a movement of weekend protesters.

Yet there is something particularly excessive, even irrational, about Putin’s suppression of Navalny, his associates, and his supporters. Already, law-enforcement officers have detained thousands (including journalists), often using brutal tactics. The government has also blocked social-media platforms, because they are supposedly fueling unrest.

Meanwhile, the Kremlin-controlled television networks endlessly broadcast fawning stories about Putin, and every effort is being made to discredit the protest movement. By effectively shutting down central Moscow, including public transport leading to it, the government has severely inconvenienced many citizens—and made it seem like Navalny’s fault. The government wants “peaceful city-dwellers” to be able to do their weekend shopping, the narrative goes, but the “law-breaking” protesters, much like “terrorists,” insist on disrupting “normal” life.

By the Kremlin’s logic, when foreign leaders, journalists, and diplomats speak out in support of the opposition, they are merely proving that Navalny is the factotum of a global plot to destabilize Russia. To drive this point home, Russia’s Ministry of Foreign Affairs recently expelled three European diplomats for attending Navalny rallies—while Josep Borrell, the European Union’s high representative for foreign affairs and security policy, was visiting Moscow, no less.

The Kremlin is treating Navalny himself accordingly—like an enemy of the state. Navalny’s farcical court hearings since his return from Germany recall Stalin’s show trials in the 1930s, with one key difference: Navalny is not capitulating to the dictator by confessing his “crimes.” During the proceedings, Navalny rebuked the state’s lawlessness and denounced his sentence—almost three years in a penal colony—as illegitimate.

Moreover, Navalny recently released a viral video accusing Putin of using fraudulently secured funds to build a billion-dollar palace on the Black Sea. While Russians expect their leaders to be corrupt, Navalny consistently puts into perspective the scale of the riches that corruption generates. (He did the same with his 2017 investigation into then-Prime Minister Dmitri Medvedev.)

Navalny’s attacks thus directly undermine Putin. In this sense, Navalny is not like one of Stalin’s Trotskyist targets; he is Trotsky himself. And he needs to be purged.

Putin’s fears are compounded by the possibility that a slow-motion palace coup may be unfolding. Since the annexation of Crimea, Western sanctions have been choking Russia’s economy, fueling resentment among the country’s political elites, who long for access to their Swiss bank accounts and Italian villas. They may now seek to oust Putin, much in the same way Nikita Khrushchev was ousted in 1964. And a humiliated Putin would presumably be much easier to overthrow than a popular one.

The emergence of mystics and proselytizers with promises of clarity offers further evidence that Russia’s ossified regime is beginning to destroy itself. Grigori Rasputin, a self-proclaimed holy man, helped to drive the rotting imperial monarchy into the ground. In the 1980s, when the Soviet empire was beyond reform, TV psychiatrists were all the rage.

Today, political shamans of all stripes—from communist to nationalist—are rising to prominence. They predict Putin’s imminent death, warn of a Western or Chinese takeover, and speculate that Navalny is a project of Russia’s security services that got out of hand. Some have even interpreted Navalny’s name – which translates as “push away” – as a sign that he is the one who will drive out Putinism.

Nonetheless, as the Kremlin’s response to the protests has shown, Putin and the state are one and the same. That makes toppling him a particularly difficult proposition—at least for now.

The buck stops with Putin

Putin created a system that places him at its center. In Russia, that is where all responsibility is to be... Read More...

British PM May could meet Russia's Putin at G20