Can Hetauda be suitable capital for Province 3? 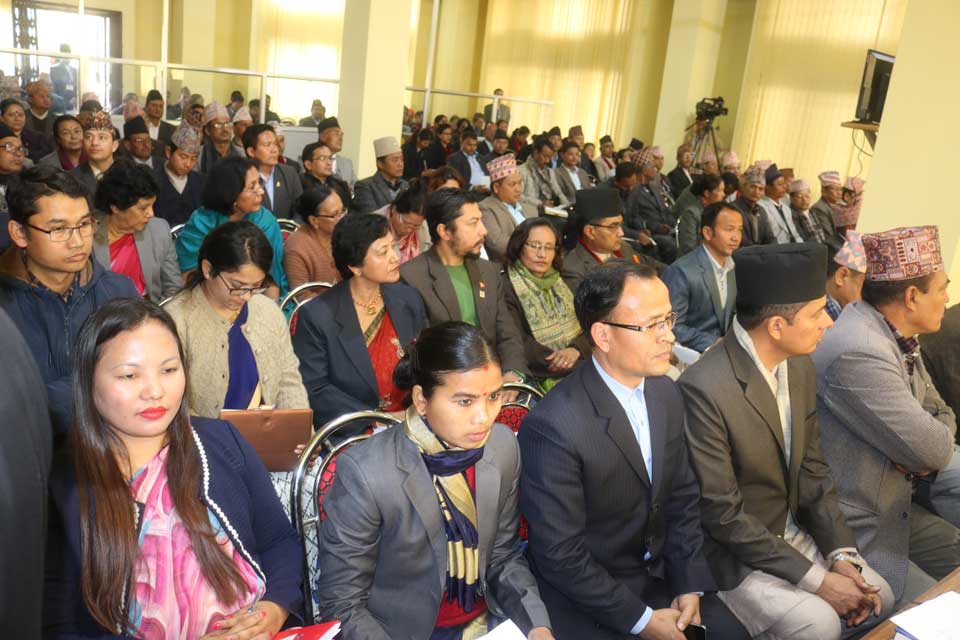 HETAUDA, Feb 1: Even though the government has chosen Hetauda as the temporary capital of Province 3, majority of the provincial lawmakers are not in favor of it.

Lawmaker of Dolakha Rachana Khadka has said that the provincial capital should be fixed in line with the spirit of the federalism hinting that Dhulikhel or Bhaktapur could be suitable location for capital of Province 3.

Similarly, another lawmaker Ratna Dhakal of the same district expressed his views that the capital of Province 3 will be fixed as per the provision laid down in the Constitution. According to the provision, the majority of the provincial lawmakers will decide on the location of their respective capital.

Rajendra Pandey of Dhading, who is billed as the potential chief minister of Province 3, has said that most of the lawmakers have expressed dissatisfaction over Hetauda as the capital of this province.

Of the total 110 lawmakers in Province 3, as many as 84 lawmakers do not find it suitable place, only 26 lawmakers – 12 from Chitwan, nine form Makwanpur and five from Sindhuli - are in favor of Hetauda as the capital of this province. Kathmandu alone has 31 lawmakers who are likely to voice for Bhaktapur or Dhulikel as the capital of Province 3.

However, provincial lawmaker Indra Baniya is not in a mood to relocate provincial capital, rooting for Hetauda. He said that Hetauda is suitable because Bhaktapur is already cramped and no protest has been seen against the decision to designate Hetuada as provincial capital.