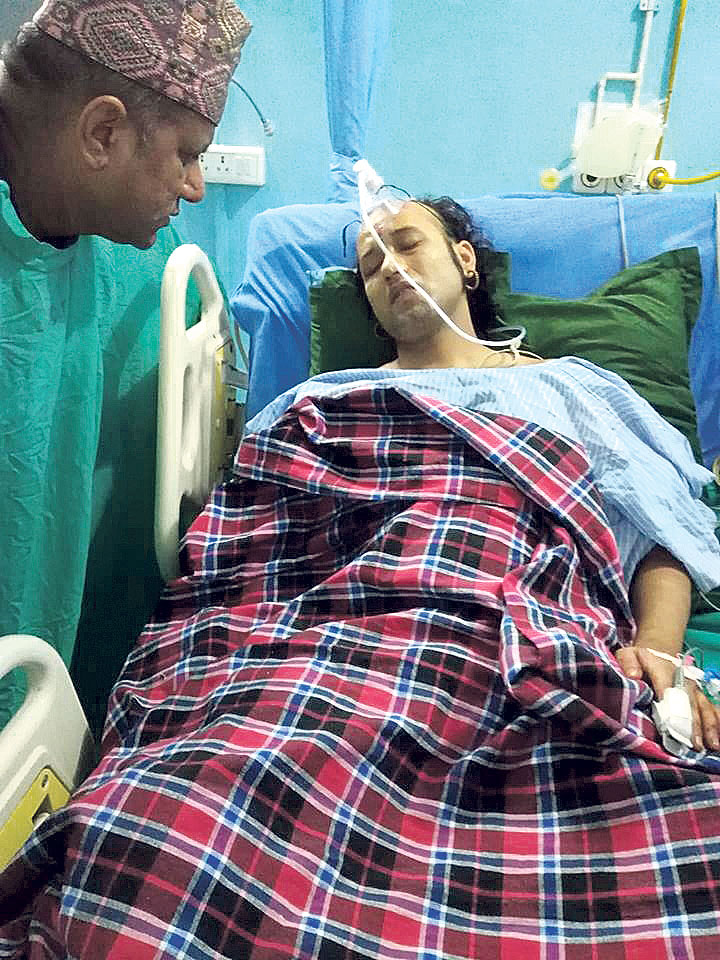 MORANG, April 8: An unidentified group has shot at a Hindu religious leader in Biratnagar in the early hours on Sunday. The gunmen fired three shots at Sriniwasacharya at around 2 am.
Sriniwasacharya, 26, sustained injuries to his left shoulder and is being treated at Biratnagar-based Neuro Hospital, according to DSP Bishnu Hari Koirala.

He is out of danger, according to Koirala.
Sriniwasacharya had travelled from Chakraghatti of Sunsari and was at Jatuwa-based Ram Janaki Temple of Biratnagar Metropolis-14 for a weeklong recitation of Srimadbhagawat Katha. He was shot while he was leaving the temple to answer the call of nature, according to Superintendent of Police (SP) Arun Kumar BC, the chief of the District Police Office (DPO), Morang.

Sriniwasacharya has been involved in religious activities and also campaigning for the restoration of Nepal as a Hindu nation.

“Guru has been campaigning for the preservation of our culture and tradition. But lately, he had been mentioning about security threats. He told me that he received phone calls from unidentified persons who threatened to kill him for advocating for the restoration of Hindu nation. Today’s incident proved that the threat was real,” said Sita Karki, a supporer of Sriniwasacharya’s campaign.

The Srimadbhagawat Katha organizer had requested the police through the District Administration Office to make security arrangement for Sriniwasacharya. The organizer accused the DPO of ignoring the request.

SP Bista said they are investigating the incident. “We have already arrested two people in connection with the incident,” he said.

Balsanta Mohan Sharan Devacharya, one of Sriniwasacharya’s supporters, said the attack was an assault on all Hindus. He further requested the government to take the issue seriously.
“We are deeply worried by the attack on the Guru. The issue should not be taken lightly,” he added.

Following the attack, some Hindu followers, supporters of Sriniwasacharya, staged demonstration at Chaurasta Chowk of Itahari.

RPP to prioritize Hindu nation and King in election manifesto

KATHMANDU, Nov 3: The ruling partner Rastriya Prajatantra Party (RPP) is to use 'democracy with king' in its election manifesto. Party... Read More...