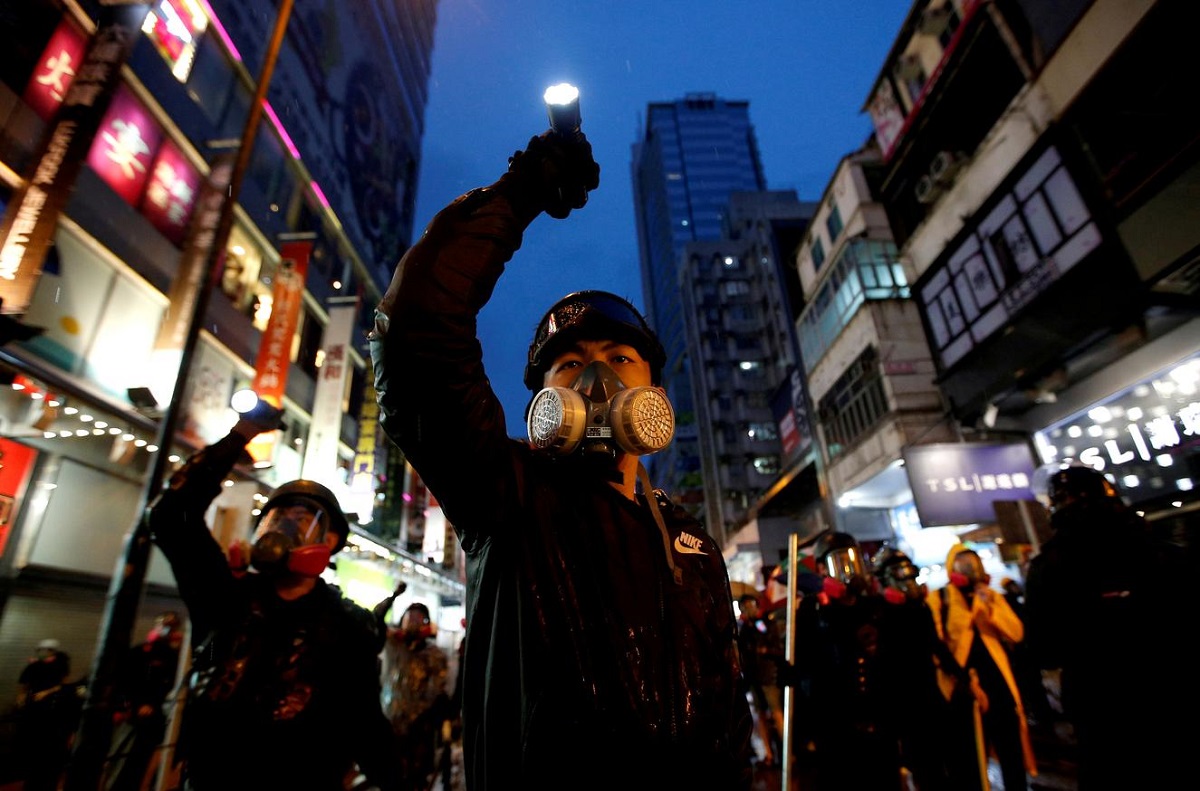 FILE PHOTO: Demonstrators protesting the proposed extradition bill aim their flashlights towards riot police as they are chased through the streets of Hong Kong, China, August 25, 2019. Reuters has been awarded the 2020 Pulitzer Prize in Breaking News Photography for Hong Kong protests. REUTERS/Willy Kurniawan

HONG KONG, May 22: Hong Kong activists on Friday made online calls for a march against China’s plans to impose national security legislation on the semi-autonomous city which many fear could erode its freedoms and international standing as a global finance hub.

While it was unclear whether the unauthorised march, proposed to start at noon near the central financial district and end at China’s Liaison Office, will materialise, it was a sign that Hong Kong could soon plunge into renewed unrest.

A previous attempt to adopt similar legislation in 2003 was met with a protest that drew around half a million people onto the streets and was eventually shelved.

China’s action comes after the large scale and often violent pro-democracy demonstrations in 2019, the biggest crisis the former British colony has faced since it returned to Chinese rule in 1997.

Pro-democracy activists and politicians have for years opposed the idea of national security laws, arguing they could erode the city’s high degree of autonomy, guaranteed under the “one country, two systems” handover agreement, which China says it is undermined by protesters.

Local pro-democracy lawmakers denounced the plans on Thursday night as “the end of Hong Kong”.

The introduction of Hong Kong security laws on the agenda of the Chinese parliament, which begins its annual session on Friday after a months-long delay due to the coronavirus, drew a warning from U.S. President Donald Trump that Washington would react “very strongly”.

The U.S. State Department also warned China, saying a high-degree of autonomy and respect for human rights were key to preserving the territory’s special status in U.S. law, which has helped it maintain its position as a world financial centre.

“The overreaction of those rioters and their foreign backers, who see such legislation as a thorn in their side, only testifies to the pertinence of the decision and the urgent need for such legislation,” it said.

Fears are growing in Hong Kong that Beijing could send in the People’s Liberation Army (PLA) to quell unrest following... Read More...