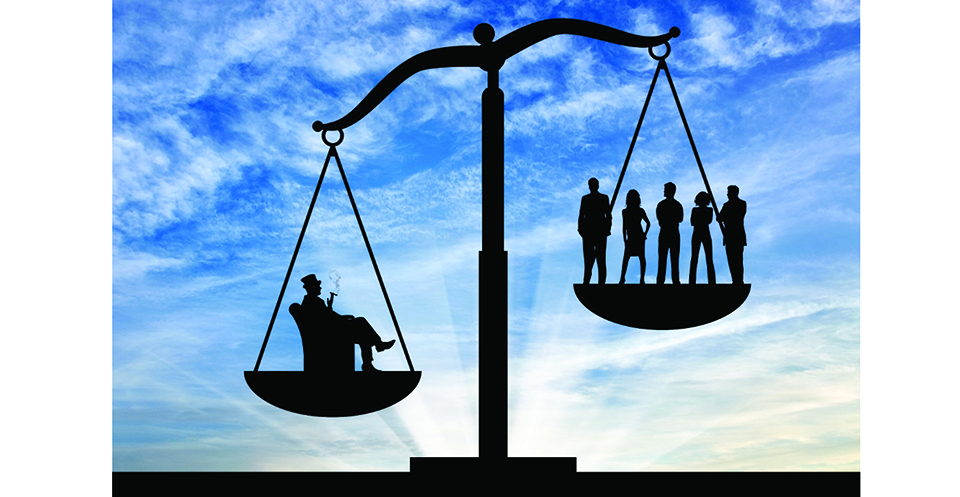 June 3 has been a day of reckoning for Canada, a nation that prides on its progressive policies where diversity is celebrated as a common thread that brings together citizens whose ancestors come from all over the word. It is not surprising that country remains the top preferred destination for thousands of citizens escaping vulnerable and precarious lives in many corners of the world.

Yet as attractive as it can be, Canada is trying to deal with a dark past in which sizeable sections of its populations have been systematically denied their inalienable rights, particularly the rights of native populations whose lives and civilizations predated arrivals of European settlers and colonizers. Today, Canada has one of the most advanced and sophisticated legal systems that recognizes shared sovereignty of vast parts of its lands. The native indigenous Canadians are legally recognized with inalienable and exclusive rights including handling of the natural resources.

Yet, still a multitude of First Nations Canadians are living at the margins of the society, deprived of the real social economic opportunities that they are entitled to. Those who pay the highest prices are always the most vulnerable. Women from indigenous background have been victims of systematic injustices, not only marginalized economically, not only deprived of their rights but also abused, tortured and killed without a proper response from the institutions. June 3 was a significant day because, National Inquiry into Missing and Murdered Indigenous Women and Girls, an independent commission set up by Federal Government of Canada, released its final report, bringing to light the atrocities committed and offering a set of recommendations to reverse the situation.

This long detour is important because we should all realize that inequalities and inequities—the latter should be understood as the systematic patterns that undercut people’s chances at succeeding in life—are plagues that affect industrialized and more prosperous countries as well. Countries like Nepal are still working hard on their development trajectory.

Rise of populism in Europe, US and other parts of the world can be seen as a reaction to wider insecurities felt by the common people, most stemming from a perceived lack of jobs and lack of economic opportunities.

The World Bank has been focusing on inequalities, more recently with its recently held Spring Meetings dedicating two events—Making Growth Work for the Poor and Income Inequalities Matters: How to Ensure Economic Growth Benefits the Many and Not the Few—on inequalities. Inequality has become the pressing issue for the world. Given the complexity of the issues involved, there are no easy answers and it will require several years of research to come up with the final recommendations. But efforts to reduce inequality must continue everywhere, including in Nepal.

Last week Republica published a story of Nirmala BK, a former Maoist combatant, who did not enjoy the peace dividends coming from the end of civil war. She did not land a job, did not find prosperity, which most of her former colleagues enjoy.  Abandoned by a husband who was also a Maoist soldier, Nirmala had a serious psychological breakdown from which she never recovered, living an existence of deprivation, suffering and marginalization.  The government has increased socials security allowances in this year’s budget with the goal of creating a stable and progressive social security system for the most marginalized citizens. These are good efforts. Yet, recent global reports from Save the Children and UNICEF show that Nepal is still among the worst countries for children and youths from marginalized and vulnerable families as still too many of them are marrying prematurely and experience vulnerable lives.

While the country can design new social programs, we need a new sense of shared leadership from the bottom to the top where few national challenges are identified and declared as national emergencies.

It took mass indignation for Canada to create a special commission to look into abuses committed against indigenous women. The National Inquiry into Missing and Murdered Indigenous Women and Girls defined the atrocities as “genocide” and the Canadian Federal Government did not oppose, nor reject nor criticize the findings.  The Inquiry called for 231 steps that must be taken to address the endemic injustices against indigenous women.

Such actions are referred as “Calls for Justice” whose onus of implementation does not lie only with the state institutions but also with the citizens of Canada. To bring systematic change, everybody needs to commit and take actions.  To be sure, Nepal does not have a problem of genocide of any kind but the truth remains that millions of citizens are still deprived of their rights.

What are the odds of succeeding if you are a youth from an economically deprived background? What if you are an indigenous woman living with disabilities or with the stigma attached with HIV? It is hard to break patterns of deprivation and marginalization and only effective shared governance—a political system where different layers of powers collaborate and work together—can make the difference. Local governments can forge “Partnership Compacts” with local not for profits because non-state actors can provide invaluable tools and insights to forge ahead with grassroots level effective public policies.

The social welfare system that the government is trying to create also requires a batch of determined and professional youths eager to make the difference. That’s why we also need real career pathways for real social workers. In a recent meeting, an official from a major development partner asked our ENGAGE corps, all volunteers from a social work background, why they are pursuing an academic degree that does not lead to any meaningful job prospect.

Indeed a social worker graduate should not aspire to work in an office but rather should dream of addressing, in the field, the many cases of social deprivations that are found across the country. Yet, professionals on the ground trained to prevent, detect and solve cases like Nirmala Panta’s can succeed only if they are supported by effective social development sections at ward and municipality offices.

Effective implementation of policies is hampered by sclerotic regulations, uncooperative attitudes and silos approach but at its core, the real challenge in enforcing new programs lies in lack of ownership and lack of right attitudes by all the stakeholders, not only government officials. Only with a change of mindsets, we can lay the foundation of a real welfare society.

Let’s have national conversations in village and ward levels on major social challenges faced by the nation. Everybody can come with ideas and determination to take up some responsibilities for ending inequality. It requires a team work to make Nepal more inclusive and just.

The author is the Co-Founder of ENGAGE, an NGO partnering with youths living with disabilities