Call for compensation revision as work on Birgunj-Thori section resumes 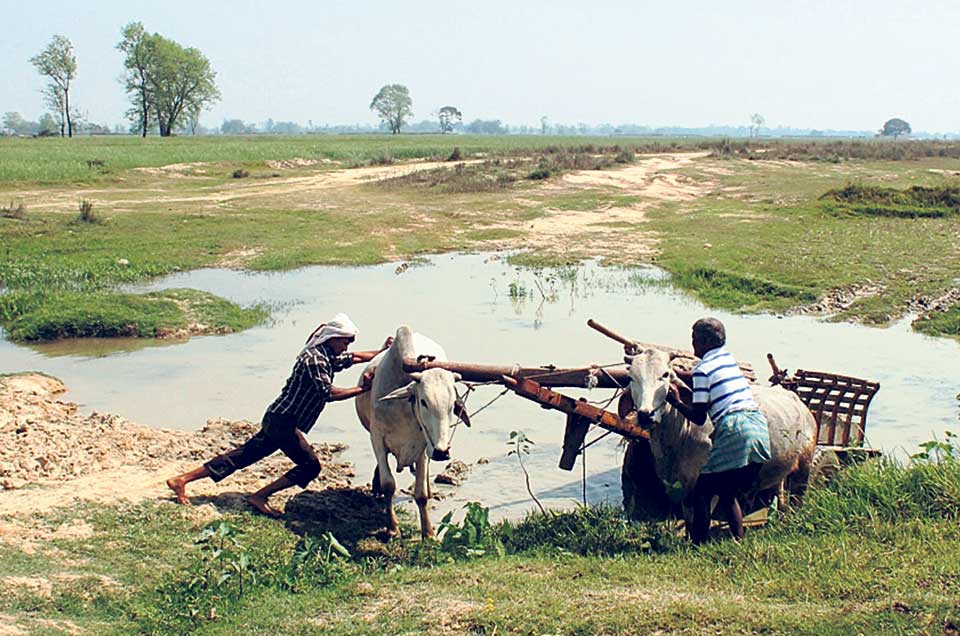 Locals facing difficulty to travel through the damaged postal highway.

BIRGUNJ, Jan 3: Locals of Bahuarwa Bhatha of Parsa have asked the government to review compensation for land acquired by the government for the Birgunj-Thori section of Hulaki Rajmarga.

The landowners have been demanding proper compensation for 30 kattha of land acquired by the government six years ago through the local administration. Their proposal for review in compensation is stuck in the Central Regional Administration Office.

Earlier in May, 2011, the Compensation Fixation Committee had decided to provide a compensation of Rs 100,000 per kattha for land near the existing road and Rs 50,000 for land outside. However, locals have been demanding that the government provide them compensation at least as per the market price determined by the Land Revenue Office.

According to Land Acquisition Act 2034 BS, the cases had to be decided within 15 days of filing of complaints by the affected locals. Although the responsibility of the case had been given to the regional office from the Ministry of Home Affairs, there has been no progress at all.“

"It has been six years since the compensation amount was fixed. Currently, the market price for a kattha of land is three to four million rupees," Chandra Kishor Chaurasiya, a local, said. "We do not want the money that our land does not deserve. But the government should not hesitate to pay as per the market price”.

The locals had filed complaints in November 2011, stating their disagreement over the compensation offered by the government. In January 2012, the home ministry had forwarded the case to the regional administration office“

"We cannot let the road construction work progress if our voices are not addressed," said Chaurasia“. "The government cannot acquire the land against the laws."
In 2011, an Indian construction company started constructing the Hulaki Rajmarga. But

The work has come to halt after the contractor left the work three years later. The construction has resumed recently after the government awarded the project to a joint venture between Nepali company Pappu Constructions Pvt Ltd and Indian company MMR. They have already signed an agreement with the Department of Roads to blacktop the 30-kilometer section of the highway between Powerhouse of Birgunj to Sedhawa.
The contractor has to complete the work within 30 months.

RATNANAGAR, Aug 4: The Narayangadh- Mugling road section which was blocked due to a landslide at Ghumaune of Bharatpur Metropolitan... Read More...

RATNANAGAR (Chitwan), June 23: Traffics along the Narayangadh-Muglin Highway resumed after 13 hours of obstruction following the clearance of debris... Read More...

Incessant rainfall triggers flood in Manang, most houses in Taalgaon inundated
13 hours ago