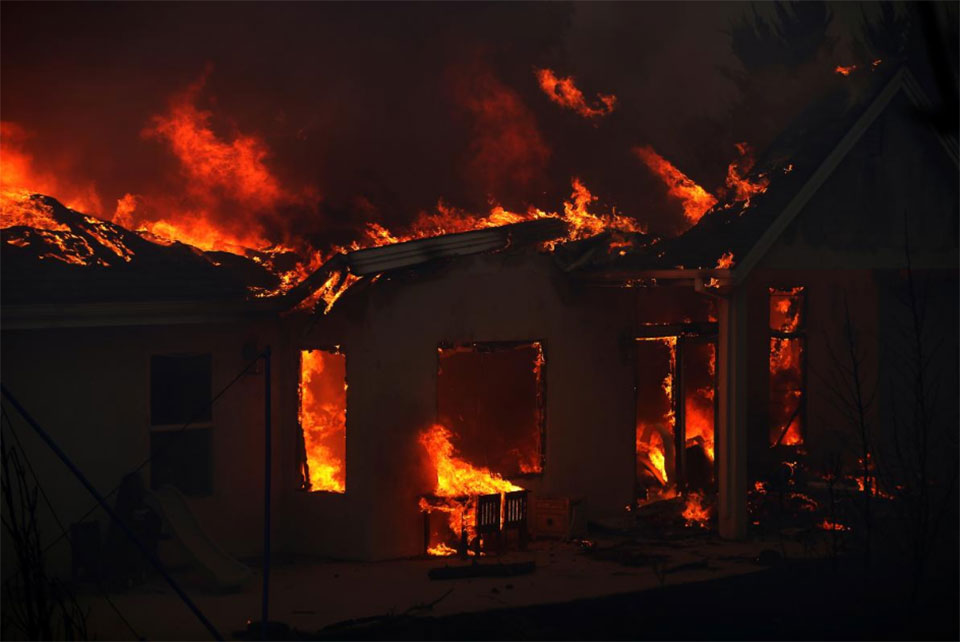 PARADISE, Nov 13: At least 42 people have been killed in the wildfire raging in Northern California, making it the deadliest fire in the state's history.

Authorities say hundreds more are unaccounted for, four days after the fire swept over the town of Paradise

In the vast state along the Pacific Ocean, officials said that 150,000 residents have been displaced as high winds and tinder-dry conditions have helped fuel blazes that have torched more than 1,000 square kilometers of forest lands, residential communities and business districts.

Forecasters warned the dry, windy conditions fueling the fires will be in place through at least Tuesday.

California Governor Jerry Brown declared a state of emergency and asked for financial aid from the federal government in Washington.

Late Monday, President Donald Trump declared the fires "a major disaster," freeing up federal funding for those affected by the blazes.

Over the weekend, Trump had threatened to cut off government assistance to California because of what he said was poor forest management in the state, the most populous in the U.S.

Trump made no mention of years-long drought conditions in California. Brown said federal and state governments could improve forest management, but said climate change with warmer temperatures was a bigger source of the fire hazard.

On Monday, Trump praised the several thousand firefighters battling the blazes, saying, "The California Fire Fighters, (the Federal Emergency Management Agency) and First Responders are amazing and very brave. Thank you and God Bless you all!"

Thousands of fire personnel are trying to contain the Camp Fire burning north of the state capital, Sacramento, which began last week. It has destroyed about 6,600 buildings and is the most destructive wildfire in the state's history.

The Butte County Sheriff's office said the victims were mostly found dead inside or near their cars.

Authorities have reported two deaths from those fires.

Several celebrities, including singers Neil Young and Miley Cyrus, were among those who lost.

CALIFORNIA, Nov 12: Six more people were confirmed killed in the Camp Fire in the north of the state, taking... Read More...