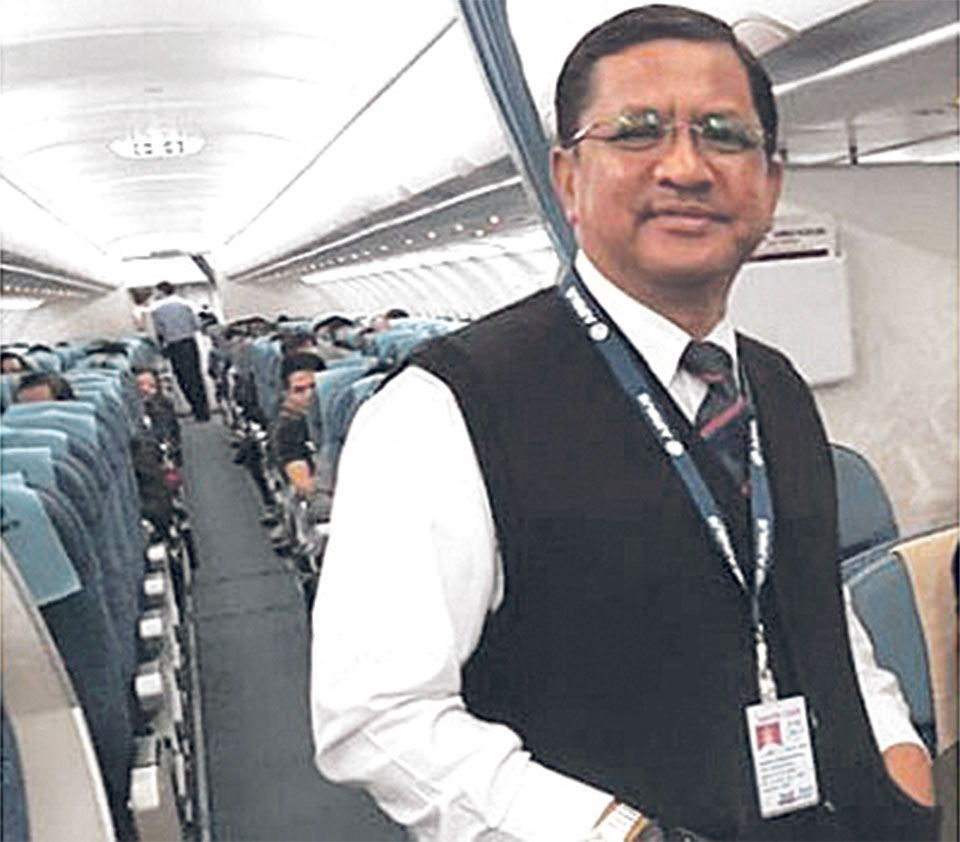 KATHMANDU, Mar 12: Senior captain of Nepal Airlines Corporation, Subarna Awale, who has been released on bail in a case related to smuggling of foreign currency, cannot be allowed to fly planes, Civil Aviation Authority of Nepal has said.

The decision means he cannot fly planes until final verdict is issued in the case.
Awale has been accused of smuggling US$ 93,600 from a Dubai-bound flight in April last year.

The aviation regulator took the decision based on a recommendation of a committee that it had formed to look into the case. The committee had also taken Awale's medical test.
Nepal Police had arrested Awale, who was scheduled to fly the Dubai-bound aircraft of the national flag carrier, with undeclared foreign currencies in his hand luggage during the final security check.

The committee led by CAAN's Health Superintendent, Dr Khagendra Shrestha, has submitted the report to the CAAN's Director General Sanjiv Gautam. After conducing mental status test, doctors ruled that Awale is unfit for flying planes. “Awale may have mental stress as he has been charged with criminal offence. Therefore it is not appropriate to entrust him the sensitive task of flying a passenger aircraft,” the report states.

Talking to Republica, Deputy Director General of CAAN, Rajan Pokhrel, said that the aviation regulator decided against allowing Awale to fly planes based on the committee's report.

As per the existing laws, one can carry a maximum of US$ 2,500 while going abroad. But crew members can carry only the allowance that they get form their employers.

Earlier in December last year, the NAC decided to send Awale, who was facing criminal charge, to update his training skills in Singapore on the pressure from NAC Managing Director Sugat Ratna Kansakar. He spent around two weeks in Singapore.

Other government agencies like Ministry of Culture, Tourism and Civil Aviation, Department of Revenue Investigation, and NAC's board of directors and CAAN had permitted Awale to attend the training.

POKHARA June 23- As the Pokhara Regional International airport is in the final stage of construction, the Civil Aviation Authority... Read More...

CAAN to be split into two autonomous bodies

KATHMANDU, Jan 2: The Civil Aviation Authority of Nepal (CAAN), the civil aviation regulatory body of the country, is to... Read More...