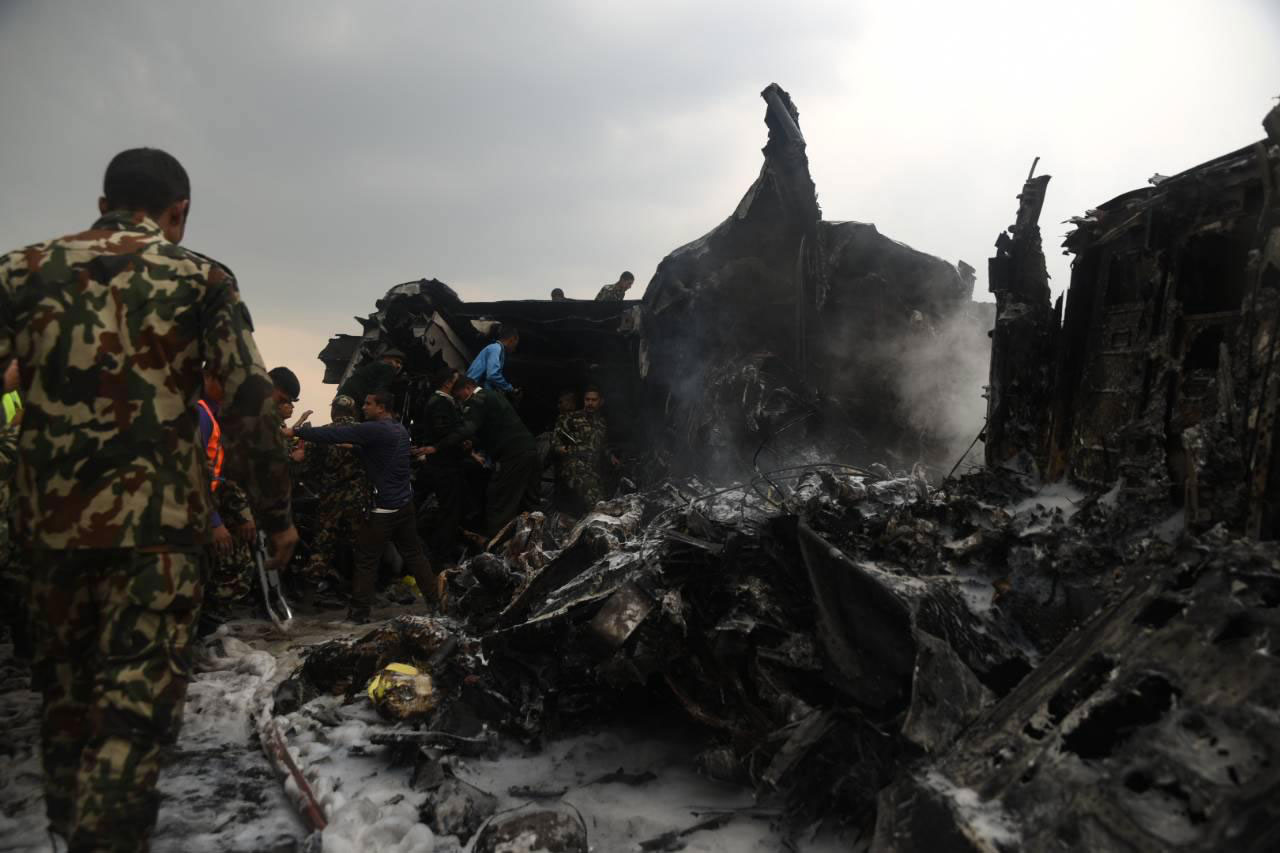 KATHMANDU, Mar 13: Civil Aviation Authority of Nepal (CAAN) and Central Investigation Bureau (CIB) will jointly investigate on the leaked conversation between the Air Traffic Controller (ATC) and the pilot of crashed US-Bangla Airlines.

Organizing a press meet on Tuesday, Director General of CAAN Sanjeev Gautam said that according to the act of International Civil Aviation Organization (ICAO), the records of the black box, the conversation between the pilot and ATC and flight data are prohibited to be published. Gautam said, “We will investigate over the leaked conversation between the ATC and cockpit.”

Likewise, he informed that the CAAN has imposed ‘duty-off’ to the on-duty six employees of Air Control Room during the incident. The rescue officials, meanwhile, claimed that the team has reached the incident site within 2 minutes.

“It took time to douse the fire as the blaze spread in the dried grass of the site, though the rescue team reached on time”, said Gautam.

49 passengers were killed and 21 others injured as a Bombardier Dash Q-400 aircraft operated by US-Bangla Airlines crashed while landing at the Tribhuvan International Airport on Monday afternoon.