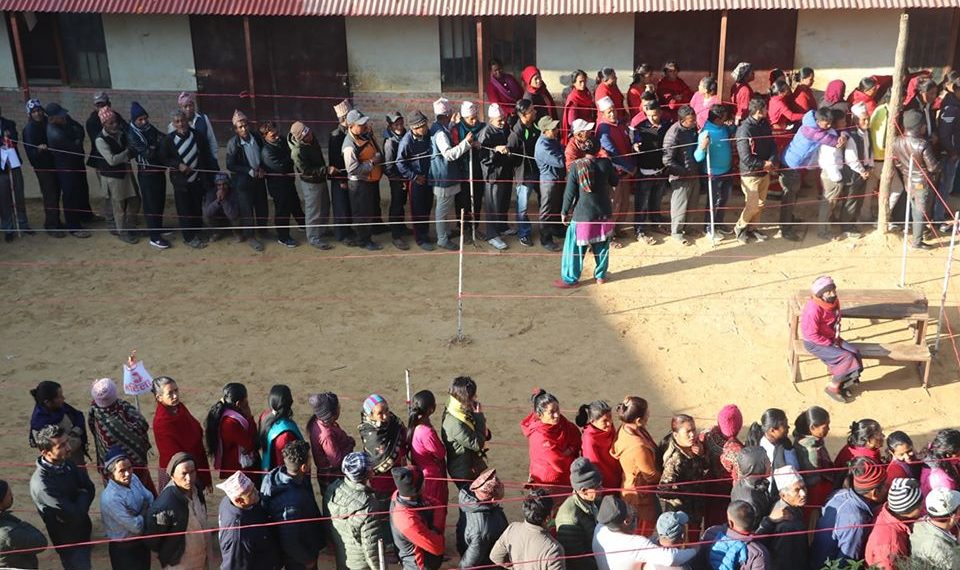 Counting of votes is underway under the by-election held yesterday for one member of the House of Representatives in Kaski District Constituency No. 2, for one State Assembly member at Bhaktapur Constituency No. 1 (A), for one mayoral post of Dharan Sub-metropolitan City and for the post of Chair of the Pipara Rural Municipality of Mahottari.

KATHMANDU, Nov 30: The voting for by-election to elect people's representatives in various 52 vacant posts began at 7:00 am... Read More...