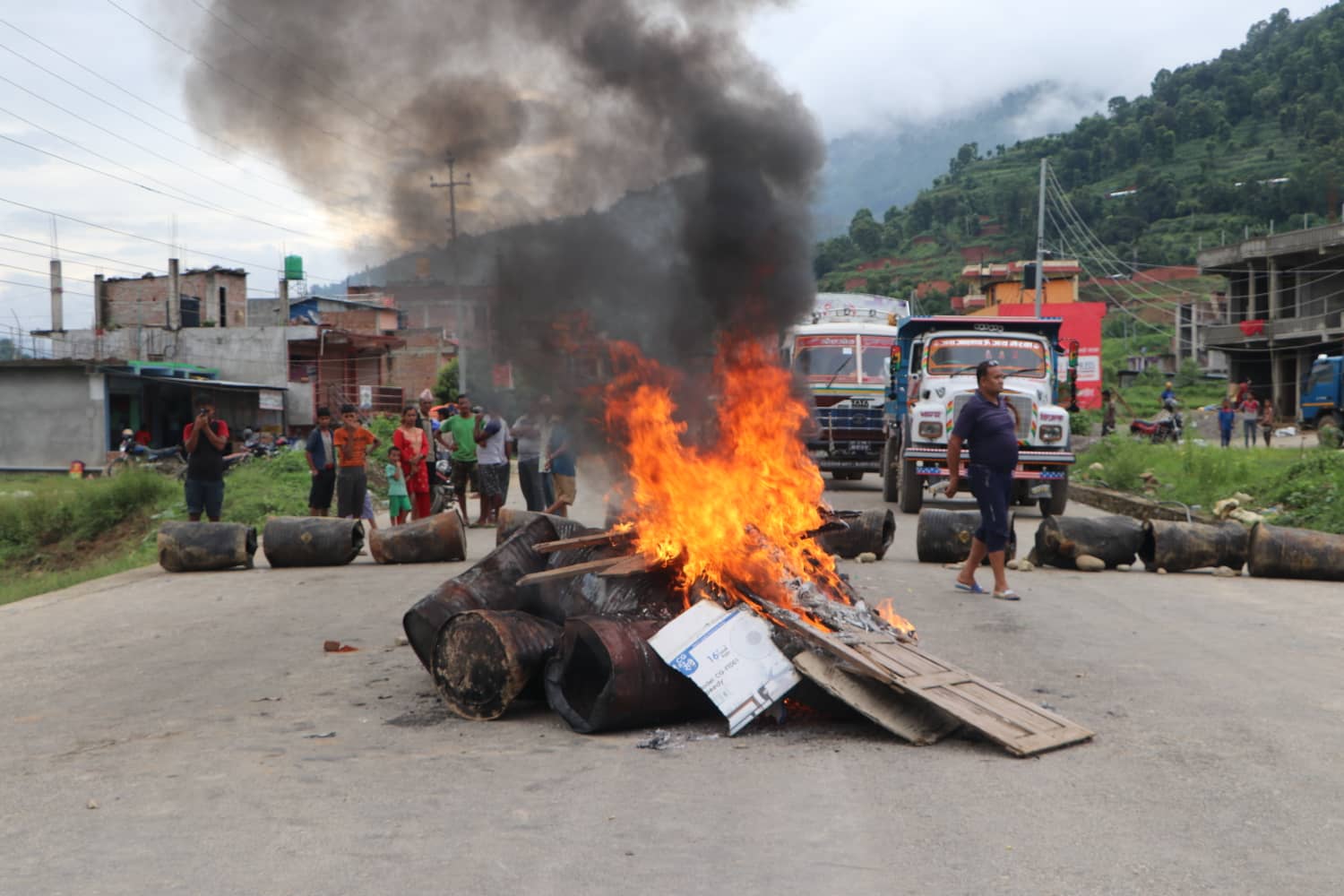 NUWAKOT, July 26: Locals in Belkotgadhi Municipality-7 of Nuwakot have blocked the Galchi-Trishuli road section today to protest the death of one woman who died of excessive bleeding.

Goma Osti from Tareshwor Rural Municipality-5 died of excessive bleeding. Osti gave birth to a baby boy on Thursday at the district hospital.

Locals have accused the district hospital of being indifferent to the health condition of Osti. They have vented their anger on the hospital administration saying that the doctors involved in her treatment did not take care of her properly.

The locals took to street and burned tyres in protest of the death of Osti that is attributable to the carelessness on the part of doctors according to them, the local Prem Lamichhane informed.

The hospital administration is negotiating with the relatives of the deceased in District Police Office in Nuwakot.

The road will not reopen to traffic until the demands of the victims are met, according to Lamichhane.

Madhukar, a doctor at Nuwakot district hospital said that Osti’s death was caused by lack of instrument in the hospital.

NUWAKOT, Sept 10: At least six people were killed and 30 others injured when a passenger bus veered off 350 meters... Read More...

KATHMANDU, September 9: At least three people were killed while 29 others sustained injuries in a road accident that occurred... Read More...