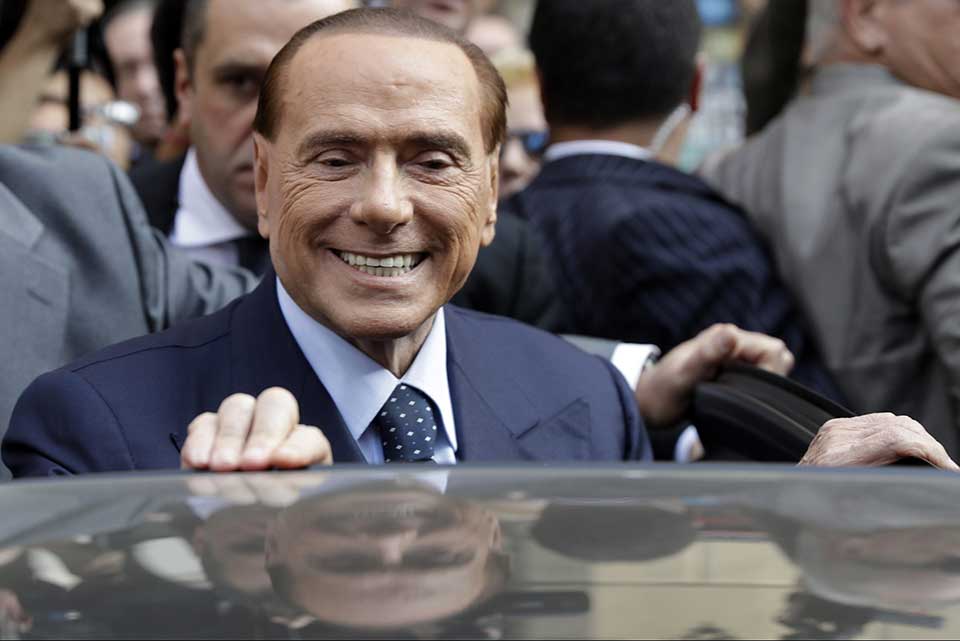 Italy is experiencing its fastest economic growth in more than a decade, though unemployment remains stubbornly high, at more than 11 percent

LONDON – Now that Italy’s next general election has been set for March 4, the main contestants are limbering up for a tough eight-week campaign. The outcome is expected to be messy and inconclusive, but one thing already seems clear: the pacesetter may not be the 31- or 42-year-old sprinters heading the two leading parties, but rather an 81-year-old marathon runner.

Yes, as shocking as it is, the kingmaker in this election could be none other than Silvio Berlusconi, the three-time prime minister who popularized the term “bunga-bunga party.” Berlusconi, who last left office ignominiously in 2011, when the euro sovereign-debt crisis threatened to engulf Italy, cannot yet aspire to a fourth term—or to any public office—owing to a tax-fraud conviction in 2013, yet the center-right coalition he leads has the most momentum going into the election.

Could Berlusconi end up being
Italy’s political
savior? The  possibility
cannot be  ruled it out.

Italy’s last general election, in February 2013, was also messy and inconclusive. Since then, the country has been governed by coalitions led by the center-left Democratic Party (PD). And now, heading into the campaign, Italy is experiencing its fastest economic growth in more than a decade, though unemployment remains stubbornly high, at more than 11 percent (and roughly 35 percent for younger workers). Yet that isn’t helping the PD.

While serving as Prime Minister from February 2014 to December 2016, Matteo Renzi, the PD’s youthful and charismatic leader, cast himself as a rottamatore (scrapper) who would dismantle the old ways of the political establishment. But he ended up alienating more people than he impressed. His signature achievement was legislation to reform Italy’s sclerotic labor markets—hardly a vote-winner. Since peaking in 2015, with 40 percent of the vote in European Parliament polls, support for the PD has slipped to only 20-25 percent, and the party’s left wing has split off.

Today, the leading single party in opinion polls is the insurgent, populist Five Star Movement (M5S), led by the comedian Beppe Grillo (though its official prime ministerial candidate is an inexperienced 31-year-old, Luigi Di Maio). M5S has matured since its founding five years ago, when its central message boiled down to “a plague on all your houses.” It has since moderated its opposition to the euro. And with support at around 26-29 percent, it remains popular despite its poor performance running the city council of Rome.

The problem for M5S is that, owing to a new electoral law, it will have to win roughly 40 percent of the total vote to secure a parliamentary majority. Whereas proportional representation will determine two-thirds of seats in the lower house, one-third will be decided by first-past-the-post voting in single-member constituencies, where the M5S will likely lose out, because it is neither willing nor able to form the electoral alliances needed to secure majorities.
In fact, the party grouping that will benefit the most from the current electoral system will be the only one that has managed to forge a pre-election pact with other parties: the Berlusconi-led center right. As he demonstrated with his election victories in 1994, 2001, and 2008, Berlusconi’s greatest strength has always been building coalitions. And, as in those elections, his own party, Forza Italia, will have as its main partner the separatist, anti-immigrant, and Euroskeptic Northern League.

Of course, it will not be all smooth sailing for Berlusconi. He will have to navigate the tricky process of agreeing to joint candidates with the Northern League’s energetic and ambitious leader, Matteo Salvini—who has his own eye on the center-right leadership—and with the group’s third, smaller partner: the right-wing Brothers of Italy.
Still, things are looking good for Berlusconi so far. Forza Italia is polling at around 16 percent, which is slightly higher than the Northern League’s support, even if it is well below the party’s heyday, when it polled above 25 percent. And the center right will likely benefit from voter anger over inflows of refugees and migrants, and from the public’s fear of M5S’s disruptive potential. The wind is at their backs.

For his part, Berlusconi has cast himself as an elder statesman—even a safe pair of hands. He has softened his image, by speaking up for pensioners and professing a new interest in animal rights. And, last but not least, he is still a stellar campaigner who happens to own the country’s major commercial TV stations.

Securing an absolute majority would be a tall order for Berlusconi’s group; but it is not impossible. At any rate, a strong showing would be quite a comeback for the old showman—which is precisely what he has always relished. If his center-right coalition wins a majority, he will directly choose the prime minister; more likely, he will be the key player in negotiations over a grand coalition government of center-right and center-left parties.

Most remarkable of all, either scenario would be widely regarded as a stable and respectable outcome, compared to the most likely alternative: a minority government led by M5S. Could Berlusconi end up being Italy’s political savior? Don’t rule it out.

Bill Emmott, a former editor-in-chief of The Economist, is the author of The Fate of the West  © 2018, Project Syndicate www.project-syndicate.org

No crowds delight art lovers in Italy at re-opened museums

The Uffizi Galleries, the most-visited museum in Italy, is open after three months of COVID-19 lockdown, delighting art lovers who... Read More...

Palpa DAO suspends all but essential services
4 minutes ago