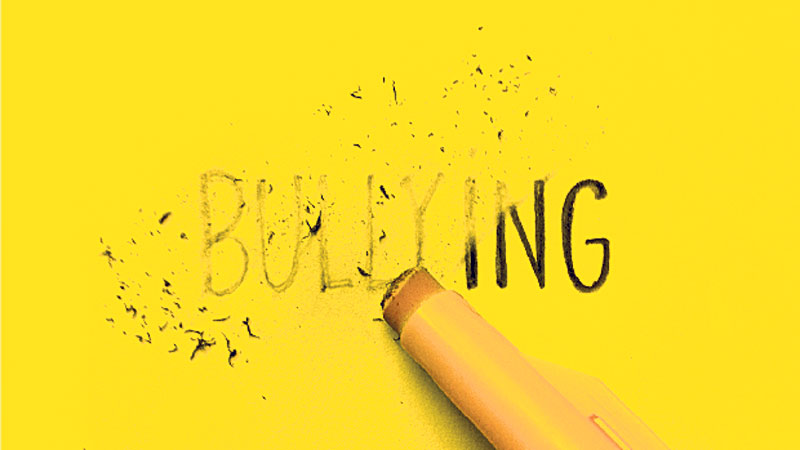 Bullying is a repetitive, aggressive act of abusing others because of power imbalance. It is a behavioural problem and can take various forms like verbal, physical, emotional and cyber bullying.

It affects the lives of many students every year throughout the world, causing them  humiliation, frustration, fear, loss of self esteem, depression and social isolation that eventually leads to the increase in school absenteeism, poor or worsened school work, personality alterations, illnesses and suicide.

The usual reported victims are either thinner, shorter and have a weak self esteem. They are also known to be unsocial, physically fragile and not very active in sports.

On the contrary, their bullies are seen to be stronger, larger and active in sports. Most of them share similar backgrounds of being bullied in their past lives. While continuing the same trend, they are unable to secure good grades but have a strong desire to show that they are stronger.

Most psychologists believe that bullying is a form of a defence mechanism for stronger kids who are unhappy at home or school. They inflict pain on others as a way to feel better about themselves.

International Researchers have argued that bullying follows no demographic boundaries like age, sex and socio-economic background. It can take many forms and it can be both short term and long term.

Bullying verbally involves persistent name calling, ‘slagging’ or using a person as a specimen for jokes. These jokes can be impersonal, sexual and can be directed at his family, culture, race or religion. It can also take physical forms like pushing, kicking, tripping up, punching or shoving that sometimes escalates to serious weapon assaults. In gestural forms, bullying can have various non-verbal intimidating or frightening messages.

These lead the bullied child to have a general grudge against society or towards that particular bully, which in turn can cause the child to have combative behaviour or worse make him/her scared and isolated.

Demanding money, possessions and food from younger children can develop into long term intimidation and bullying. Newest and most notorious kind of bullying happens through the internet.

Using emails, text messages and social networking sites to abuse and attack other children, while also posting controversial photographs usually involving themes of sexuality are some common online bullying practices. This kind of bullying specifically has been heard to have caused the largest number of suicides globally.

Governments worldwide have taken strict measures against bullying of all forms especially at schools. One of these methods includes causing awareness among students, teachers and parents about the possible characteristics, signs and behaviour of a victim of bullying.

Students might present themselves with unexplained cuts and bruises. They might have signs of anxiety, distress and fear of participation.

Regular parent-teacher meeting to discuss any peculiarity in the student’s behaviour has been encouraged. Schools have started appointing counsellors with whom students could open up about their psychological problems. These will ensure early identification of both a bully and a victim before it’s too late.

Bullying is a problem that is too serious to ignore. But if parents, teacher and students create an understanding within themselves, the differences among children can be creatively managed.

Shradha is an undergraduate student of Development Studies at National College in Baluwatar, Kathmandu