Building a life together? 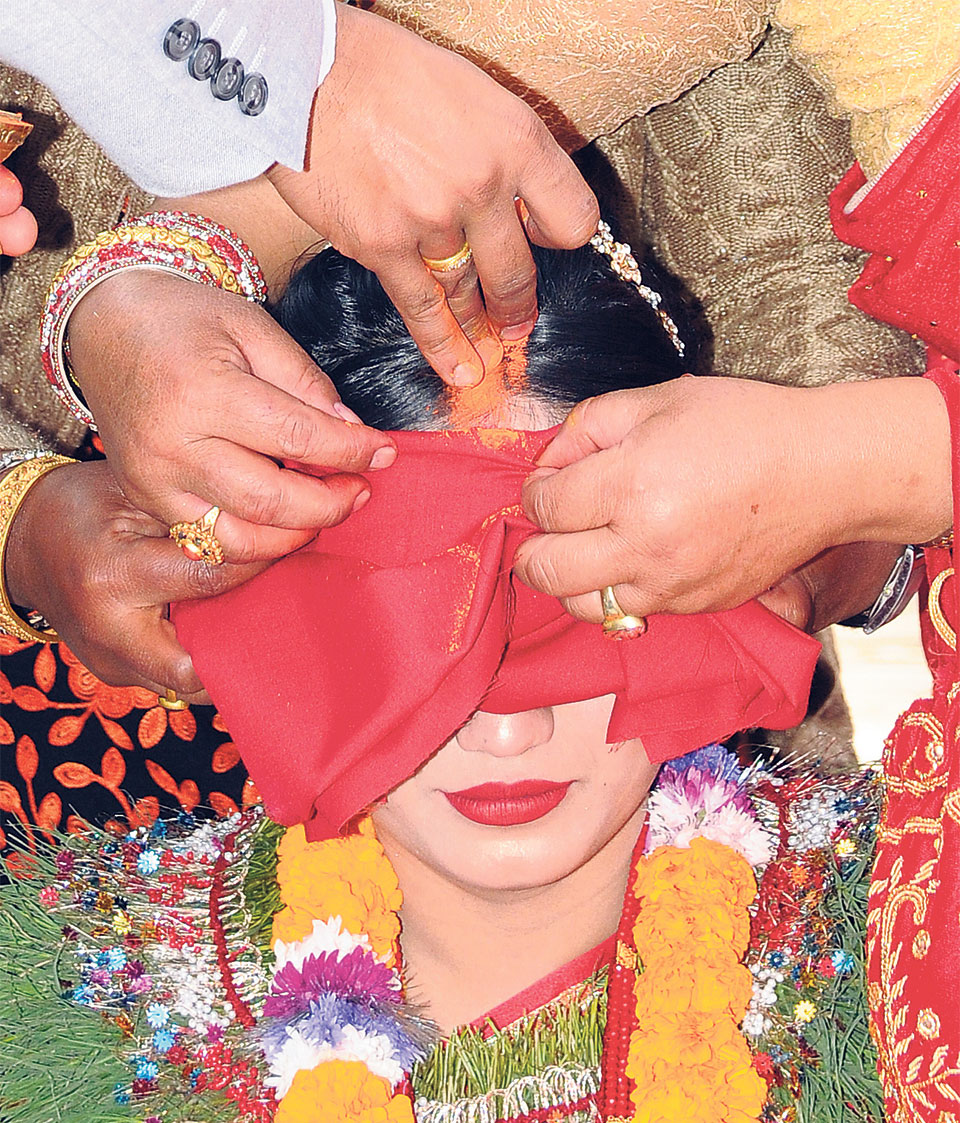 Two years ago, when 30-year-old Swarupa Basnet decided to get married to her boyfriend of eight years, the couple wanted to keep the wedding ceremony simple and share the expenses equally between their families. This concept was unheard of and many people from her now husband’s side of the family and even her own relatives mocked them for it back then.

“They felt we were robbing Prabin’s family from what was culturally their right,” said Basnet lamenting about the fact that marriage ceremonies, in our culture, are essentially considered responsibilities of the bride’s family, with almost every function and ritual being conducted by them. This puts a lot of financial pressure on couples who have daughters, so much so that many start saving and preparing for it a decade or so in advance.

Take for instance 16-year-old Nima Jha’s mother who has already started buying jewelry and other silver merchandises that will inevitably be needed during Nima’s wedding. According to Jha, her mother believes buying things a little at a time will considerably lessen financial pressure when she has to get her daughter married off.

“Our culture puts a lot of pressure on the bride’s family to carry out a bunch of expensive rituals throughout her marriage. Everything has to be managed by the bride’s family,” claimed 26-year-old Sheila Chhetri who got married in December last year. Chhetri’s family ended up spending over five hundred thousand rupees even when she insisted on having a small ceremony.

However, it seems that it’s usually the parents who insist on having elaborate affairs and not tipping the apple cart, so to say, by challenging the conventions. Even Basnet said that her parents were initially hesitant about letting the groom’s family share the financial burden of the ceremonies. They actually wanted to pay for all the ceremonies themselves. And they aren’t alone in trying to enforce that culture.

28-year-old Sushma Baidya’s father, Dhiraj Baidya, also believes that traditions shouldn’t be challenged as they reflect the essence of our culture. “Marriage can be expensive for the bride’s family but that’s how things have been for centuries now. We shouldn’t mess with that. I have a son and a daughter and I will leave no stone unturned in my daughter’s marriage and I expect the same from the family of the girl my son will get married to,” said Dhiraj.

But his daughter, Sushma, begs to differ. She feels there are a lot of unnecessary expenses during weddings, which is why she and her boyfriend, Sameer Joshi, have decided to keep it simple and just have a small ceremony where they will sign official documents amidst an intimate group of family and friends instead of holding multiple lavish ceremonies.

Fortunately for her, Joshi and his family too fully support this decision. But then again, there are those for whom ceremonies and how they are conducted are important for social standing. Jashi Chamling whose son, Jason, got married last year revealed that his son’s wedding was a huge event that was attended by more than 400 people. “Since a lot of people had invited me for their children’s wedding, I had no option but to do the same. Now, we’re on equal footing,” said Chamling.

Baidya believes that we still have these customs because people are resistant to change and also have a false sense of pride. Also, what upsets her is that fact that by making the bride’s family pay for all the expenses and give expensive gifts to the groom and his family, you are firmly reestablishing patriarchy and enforcing its rules.

Chhetri too claimed to have been bothered by all the gift giving that happens at weddings, which was one of the reasons why she insisted on keeping her wedding ceremony small. But apparently even a small ceremony didn’t stop her parents from buying all sorts of expensive gifts for her in-laws. They felt they had to somehow compensate for not throwing at least a wedding party, if not holding all the functions like ring ceremony and engagement.

Many people this scribe spoke to confessed that they do feel that our customs and rituals favor the groom and put brides at a disadvantage. But they also said that this is how it has been for ages now and some things need to be followed because everybody does it. As one candidly said, “You can’t risk being made fun of. Or worse, people might actually think you are greedy and unwilling to spend at your daughter’s wedding which is why you are coming up with this whole equality thing.”

One of them was Kishor Dhimal who said that since he was the bride’s father, he had to compromise on most – if not all – of the grooms’ demands. He has five daughters, all of whom have been married for years now. “I didn’t want anyone from the groom’s family to have anything to complain about later on. Since I was handing over my daughter(s) to them, I didn’t want to start off on a bad note,” he explained.

It is this largely prevalent mindset in our society that causes much hindrance to change and the process of doing away with biased social customs and people like Basnet can’t pursue the matter in a way they would ideally liked to have. Some people confessed that though they had suggested sharing wedding expenses to their families during their weddings, they had also quickly dropped the topic when both sets of parents resisted the idea. Basnet said she actually needed to have multiple conversations and arguments with her parents before they finally relented. And this was when her husband’s family was actually okay with the idea from the get-go.

However, many young couples this scribe spoke to seemed to like the idea of sharing wedding expenses. Many even planned to discuss it with their parents in the future or had actually done so already. It’s a different matter that the suggestions weren’t taken in a positive light. Like Basnet said, just the fact that we are talking about it is a start. “It’s time we changed these biased customs and norms. And change will only come about if we have more conversations like these,” she concluded. 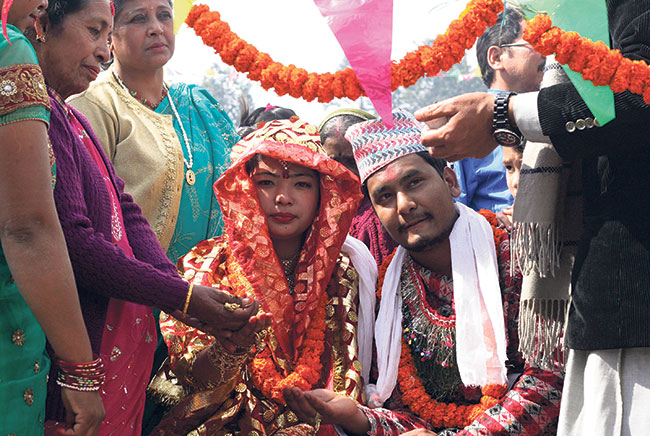 KATHMANDU, March 28: Just five percent of the earthquake victims who received the first tranche of the reconstruction grant have applied... Read More...

KATHMANDU, Sept 16: The government has agreed to amendments in the Memorandum of Understanding (MoU) on the construction of the  Nepal... Read More...