Professor Surendra Labh, Janakpur
The budget has not met people’s expectations though there are some positive points. What I am unhappy with is that the budget is not centered on federalism. It does not provide a base for strengthening the federal structure. It is just a kind of traditional budget.

But, for farmers, civil servants and elderly people there are reasons to smile. There are subsidies for farmers; the old age allowance hike is remarkable. Salary scales of civil servants have gone up. For the industries as well, it is good. Subsidies on import of raw materials will have a good impact on local industries.

No matter what the budget promises, the implementation part is always a huge challenge. Even in the past, budgets would fail us. They would promise something but the results would show something else. I wish the government will be able to effectively follow up on all the promises the budget has made. 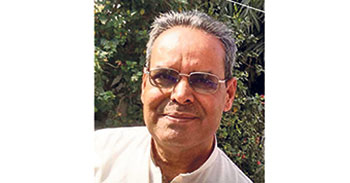 Dr Bhogendra Jha, Professor, Janakpur
The strongest aspect of the budget is the way it has penetrated  health, education and social security. Such priorities are remarkable. The budget also talks about subsidies to farmers. But to me, it seems like a way to appease the party cadres. Real farmers hardly get those facilities.
If you look at its weak points, the budget is not balanced. It is hard to imagine development with such a budget. In the last six months, inflation  has gone up by 10 percent. While people are already suffering, things will certainly be worse in the days to come. Price of commodities will skyrocket. I also feel that the budget is Kathmandu centered. All infrastructures are going to be built there. It has failed in decentralization. And similarly, the claim to make the country an open defecation free zone by next year looks like a tall promise. 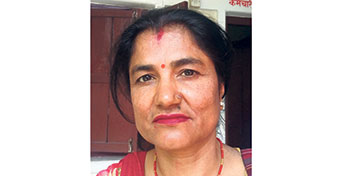 Chintadevi Kharel, Associate Professor, Mahendra Multiple Campus, Dharan
The budget allocated for education and health sectors is not satisfactory. The budget distributed on various other titles is likely to go unspent as in the past years. Every year, the authorities carry out development work at the end of the fiscal year to spend the budget seriously compromising the quality of the work. I hope this will not repeat this time. The government has given priority to technical education and plans to set up technical college, this is impressive. Overall, the budget is good but the implementation will be challenging. The promises on social security allowance, health insurance, and youth employment are welcome but their implementation will be challenging in my view. Also the government has attempted to promote domestically produced goods and products, which is good if implemented. 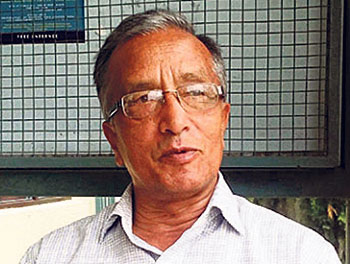 Anandaraj Mulmi, former chairman, FNCCI
The budget tabled by the government is the repetition of last year’s budget. Most of the programs are the same. A lot of programs which were not successful last year have been included again in this year’s budget. Many of the programs announced come under the federal government, so there are chances of provincial governments getting dissatisfied. The social security allowance has been increased.
As the government has always failed to spend the budget every time, it is less likely to implement the budget even this year. There are some programs which are hard to believe. Even this budget has failed to live up to the expectations of the people. Government just tried to woo people by increasing Rs 1,000 in elderly allowance. The budget has been distributed in a way to cover the expenses of the elections. Distributing Rs 60 million to each lawmaker is the misuse of resources. We can’t expect much from them. 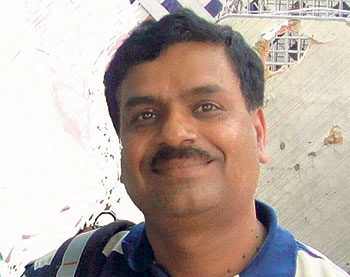 Lekhnath Bhattarai, Professor of Economics, Prithvi Narayan Campus, Pokhara
When it comes to the size, the budget is quite impressive. However, it is not that different from last year’s budget. Agriculture, tourism, infrastructure and energy sectors have been prioritized as in the past. The increment of 20% salary for government employees is very positive. Despite being warned by experts, the government has announced to allocate huge budget for lawmakers to distribute in their constituencies. This shows the influence of politicians in decision-making. If this is not discouraged, then the provincial government will also come up with similar programs which will only increase the misuse of authority and funds from the state coffers. The increment of social security allowance has elated the people. No effective policy has been formed for the implementation of development projects. Allocation of budget for infrastructural development is quiet good but it is hard to implement.