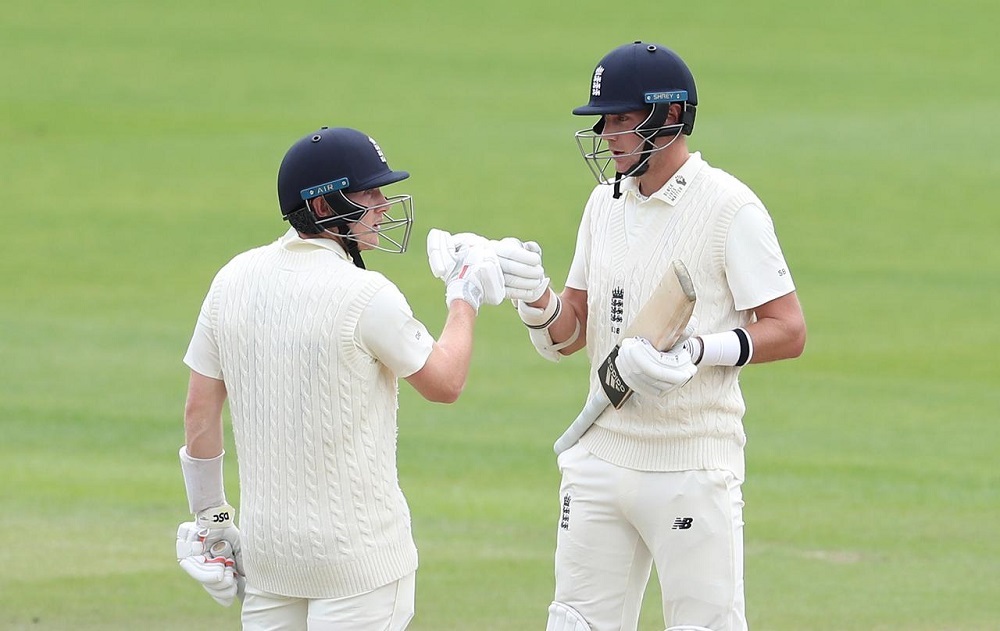 MANCHESTER, July 25: West Indies claimed early wickets against England on Saturday but then allowed Stuart Broad to smash a quick-fire half century before the hosts were dismissed for 369 at lunch on the second day of the third and final test at Old Trafford.

Broad hit the joint-third fastest test half century for England off just 33 balls as he bludgeoned the West Indies attack and put the skids on their early breakthrough after Shannon Gabriel and Kemar Roach, who passed 200 test wickets, had both made good use of the second new ball.

Only Ian Botham (twice) has got to a test 50 for England quicker than Broad, who equals past exploits by Allan Lamb and Andrew Flintoff.

Broad was eventually out for 62 off 45 balls, caught at midwicket off the bowling of Royston Chase, as gave a reminder of his batting ability in a 76-run partnership with Dom Bess, who was 18 not out.

England started poorly as Ollie Pope failed to add to his overnight 91 and was left agonisingly short of a maiden home test hundred as England resumed on 258-4 but within an hour’s play had slumped to 280-8.

Pope was clean bowled by Gabriel, having been beaten by several balls in the opening overs of the day and then dropped at first slip as he edged through to Rakheem Cornwall, who could not hold on to a regulation catch.

But Pope had no answer to the next delivery he faced as it crashed into his off stump.

Chris Woakes became Roach’s 200th test victim as he played on and was bowled for one and Jos Buttler, who was 56 not out overnight, became the third wicket in just 17 balls as he was taken at second slip by Jason Holder off Gabriel.

The West Indies skipper then repeated the feat as Jofra Archer edged Roach and departed for three runs.

The tourists were then expected to finish off the England innings but Broad turned the pressure back on West Indies as he took to their bowling.

After he departed, tail ender James Anderson added more to the visitors’ frustration by getting to double figures before being the last wicket to fall.

The test series is level at 1-1 after West Indies won by four wickets at Southampton but England replied with a 113-run victory at Old Trafford.

LONDON, June 12: England will consider a joint anti-racism protest with West Indies during the three-test series between the sides next... Read More...

VOX POP: People say constitution turns out to be mere sheet of paper due to lack of implementation
48 minutes ago