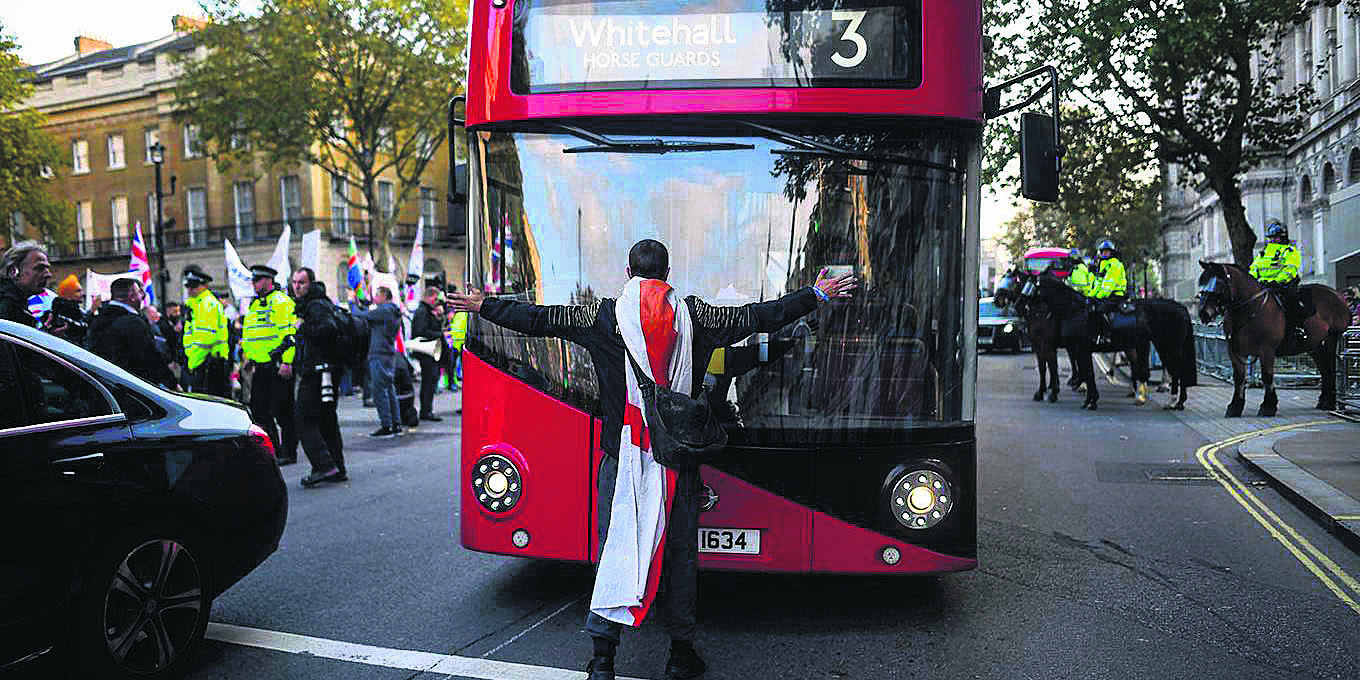 With the UK set to hold a crucial parliamentary election on December 12, it still is not clear whether, when, and how Brexit will happen

LONDON – Huge amounts of time, effort, and frustration have gone into negotiating the terms of the United Kingdom’s exit from the European Union. And with the UK set to hold a crucial parliamentary election on December 12, it still is not clear whether, when, and how Brexit will happen.

But assuming the UK does leave the EU, its next government will need to begin the long, difficult process of negotiating new relationships with the rest of the world. That will involve tough choices, one of the thorniest of which is whether the UK should align its regulations in key economic sectors with those of the EU or the United States. Where, then, is Britain headed?

Prime Minister Boris Johnson wants the UK to reach a trade and investment agreement with the US after Brexit. After all, America is the UK’s largest single-country trade partner and its biggest source (and destination) of foreign direct investment.

In seeking such a deal, however, the UK would have to decide how far it is willing to realign its regulatory regimes with those of the US (as American firms and investors want). Closer alignment with the US would create new barriers to trade with the EU, which is a much larger market for UK exports. Moreover, the prospect of adopting US standards—on drug pricing, the environment, food standards, and animal welfare, for example—is already creating a public backlash in Britain.

As the UK prepares for life after Brexit, regulatory tensions with the US and EU could potentially flare up in two other important sectors.

But the financial services sector poses huge risks if it is not adequately regulated. The 2007-2008 financial crisis reduced UK national output by seven percent, wiped out one million jobs, caused wages to fall by five percent below 2007 levels, and brought bank lending to a halt. All parts of the UK (and much of the rest of the world) felt the catastrophic impact.

After the crisis, an independent commission made a clear case for regulatory reform to protect the British public (and the public purse) from reckless bank lending. Policymakers in the EU and the US also accepted the need for robust regulation.

Today, however, America and Europe are pursuing sharply divergent approaches. EU regulators continue to strengthen prudential rules and capital requirements (especially for very large banks), and are widening the ambit of regulation to cover every asset and profession in the financial services industry.

The US, by contrast, has reversed course under President Donald Trump, whose administration has set about undoing core elements of the regulations implemented after the financial crisis. The US government’s agenda now includes lowering capital requirements, weakening stress testing and “living wills” for banks, and allowing more proprietary trading and unregulated derivatives dealing. It is also intent on rolling back consumer and investor protections, reducing prudential regulation of systemically significant banks, undermining the regulation of non-banks and the shadow banking system, reducing funding for research and monitoring of the financial industry, and taking a hands-off approach to enforcing securities laws.

Some investors would benefit hugely from US-style financial deregulation in the UK, and will continue to push for it. But their quest for profits over systemic safety would jeopardize the hard-won regulatory measures that currently protect the UK public from a repeat of the 2007-08 crisis. It would also damage the City of London’s place at the heart of European finance.

To date, the UK has taken a robust approach to financial regulation and implemented measures that go beyond those introduced by EU regulators. These include a new regime aimed at holding senior bankers accountable for their decisions, and ring-fencing large banks’ retail operations to protect customers’ deposits from shocks to the wider financial system. And because the UK public broadly supports these measures, the post-Brexit government will presumably be hesitant to weaken them.

The second challenge for the UK after Brexit will be handling the big US technology companies. Earlier this year, a UK Parliament report found that Facebook “intentionally and knowingly violated both data privacy and anti-competition laws.” Yet the size and global reach of the big tech firms make it hard for any non-US government to regulate or influence them.

Instead, the EU has led the way in enshrining citizens’ rights to data privacy, through its General Data Protection Regulation (GDPR). Furthermore, the European Commission has adopted a stance strongly in favor of protecting competition and limiting the digital giants’ market dominance. In March, the Commission fined Google $1.7 billion for blocking rivals in the online advertising market—the third time it has penalized the company for antitrust violations.

The US government, however, strongly supports the free movement of data (which the big American tech companies want), while Trump has previously been quick to criticize the Commission for fining Google.

The UK relies heavily on the big global tech firms, all of which are American or Chinese, and must therefore try to regulate them. Once it leaves the EU, it will face a choice between giving in to US pressure or finding a way to mirror EU regulation (including the GDPR and the EU-US Privacy Shield Framework).

Brexiteers claim that the UK can create its own “global strategy” and do things “Britain’s way” after it leaves the EU. In 2016, for example, then-Prime Minister Theresa May said that after Brexit, the UK would rely upon its “steadfast allies” to establish an alternative to the EU’s Galileo satellite navigation system.

Three years later, however, with Trump in the White House and the UK in a much weaker negotiating position with the EU, it is not clear who these steadfast allies are. And even harder choices await the government that emerges after December 12.