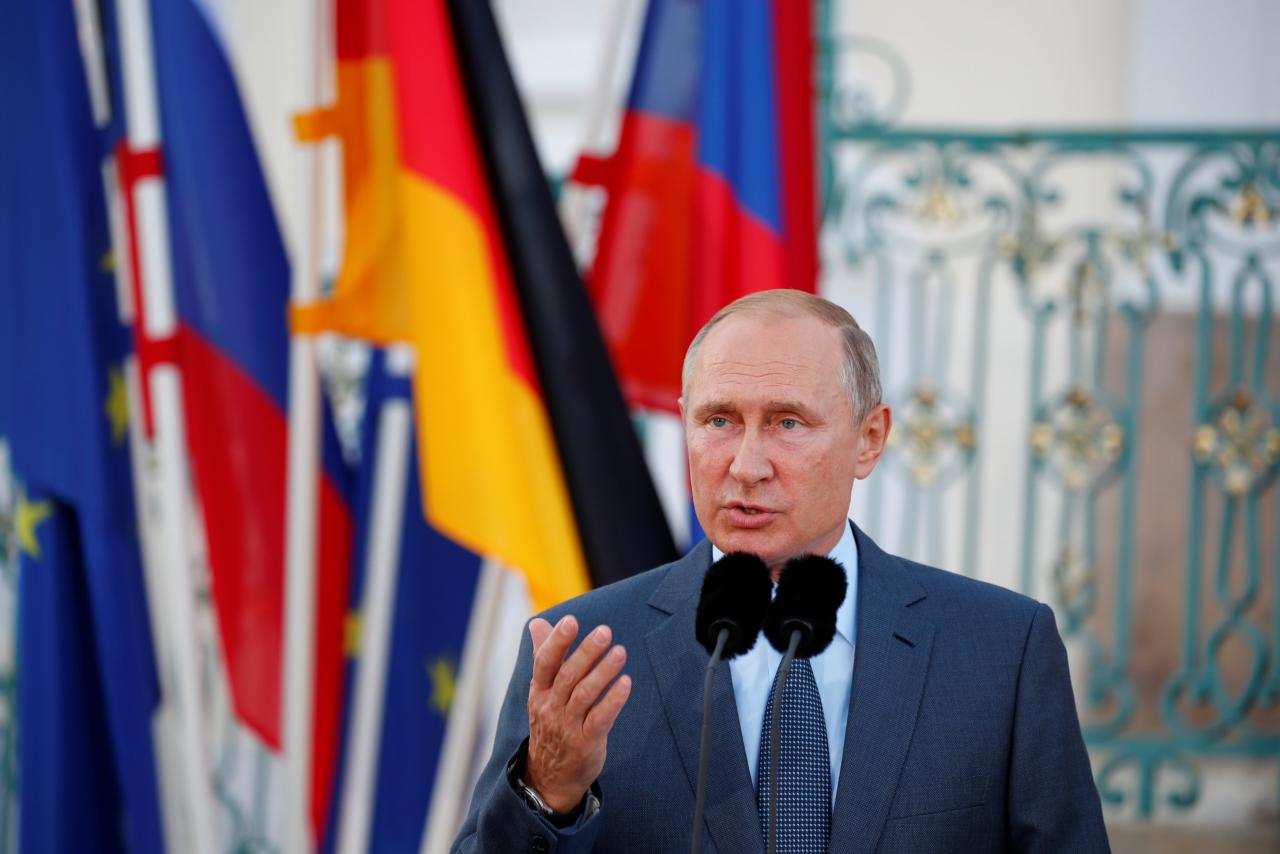 LONDON, Aug 21: Britain on Tuesday will call for the European Union to increase sanctions against Russia, saying the bloc had to stand “shoulder to shoulder” with the United States, which hit Moscow with new economic curbs this month.

Britain’s foreign minister, Jeremy Hunt, will say that Russian President Vladimir Putin has made the world “a more dangerous place”, and that after a chemical weapons attack in England, the EU should apply more pressure to ensure Russia sticks to international rules.

“Today the United Kingdom asks its allies to go further by calling on the European Union to ensure its sanctions against Russia are comprehensive, and that we truly stand shoulder to shoulder with the US,” Hunt will tell an audience in Washington in his first major speech since his appointment in July.

“That means calling out and responding to transgressions with one voice whenever and wherever they occur, from the streets of Salisbury to the fate of Crimea.”

Britain, the EU, and the United States blame Russia for a nerve agent attack against a Russian double agent in the English city of Salisbury earlier this year. The Kremlin denies involvement.

Earlier this month the United States, citing the Salisbury incident, imposed sanctions against Russia covering national-security related goods. It has promised more hard-hitting measures unless Russia gave “reliable assurances” it would no longer use chemical weapons.

The sanctions sparked a sell-off across Russian markets, and pushed up the country’s cost of borrowing - with both likely to worsen if the second wave of measure is enacted.

Britain is preparing to leave the EU next year, but its sanctions policy is currently determined in Brussels. The EU recently agreed to renew sanctions against Russia relating to its annexation of Crimea and activity in the region.

But, the EU has not imposed sanctions related to Salisbury, although it strongly condemned Moscow and joined international action to expel Russian officials. Its measures against Russia include finance restrictions and arms exports.

Hunt, who took over from Boris Johnson as Britain’s foreign minister in July, will meet U.S. Secretary of State Mike Pompeo and other U.S. officials on Wednesday, and address the United Nations Security Council on Thursday.

His speech later on Tuesday will also outline other threats that Britain sees to the global order, including telling China that “with economic power comes political responsibility”, and criticizing their inaction over Crimea and chemical weapons.

On Brexit, where negotiations have become bogged down as the deadline for reaching an exit deal with the EU approaches, Hunt will repeat a message he has been delivering to European leaders over the summer:

“The risk of a messy divorce, as opposed to the friendship we seek, would be a fissure in relations between European allies that would take a generation to heal... now is the time for the European Commission to engage with an open mind with the fair and constructive proposals made by the Prime Minister.”

WASHINGTON, Mar 3: The United States on Tuesday imposed sanctions to punish Russia for what it described as Moscow’s attempt... Read More...