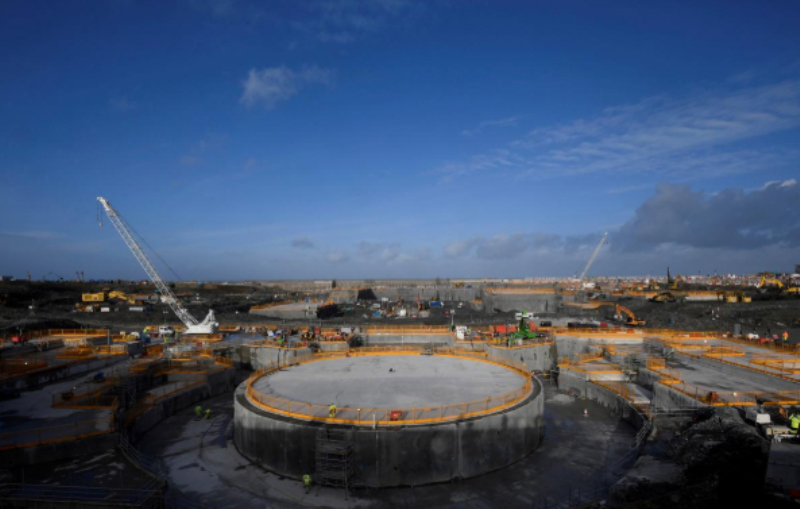 LONDON, July 23:  British households could pay for new nuclear projects through their electricity bills while they are still being constructed, proposals published by the government late on Monday showed. Britain last month became the first G7 country to set a target to reach net zero emissions by 2050, which will require a huge increase in low-carbon electricity such as wind, solar and nuclear.

The country had hoped to build a fleet of new nuclear plants to help replace aging coal and nuclear facilities and cut greenhouse gas emissions, but developers have struggled to finance new projects.

Under the regulated-asset-based model (RAB), companies building new nuclear plants would be paid during the construction phase, cutting down their development risk and allowing them to secure cheaper financing for the projects.

Proponents say the model, previously used in the UK to finance monopoly infrastructure assets such as water, gas and electricity networks, would ultimately lower the cost of new projects for consumers.

However, critics say it will leave taxpayers liable for any cost over-runs and delays during construction.

“RAB is already well established with investors in large infrastructure projects, and will reduce the cost to consumers as we replace our ageing fleet. Doing so is fundamental to meeting net zero,” said Tom Greatrex, chief executive of the UK Nuclear Industry Association.

In 2016 the RAB model was used to develop Britain’s super sewer, the 4.2 billion pound Thames Tideway tunnel, its first deployment in a single-asset construction project.

That is expected to add around 19 pounds to average household water bills for 2019-20, gradually rising to 20-25 pounds.

The government did not provide any estimate of what using the model for new nuclear projects could add to bills.

EDF Energy, the British arm of EDF, is building Britain’s first new nuclear plant in over a decade at Hinkley Point in the south west of England, and hopes to use the RAB model to finance a second project, Sizewell C in the east of England.

“Lower costs for financing nuclear will benefit consumers through their bills,” a spokesperson for EDF Energy said.

Britain signed the deal with EDF and China’s CGN to build the more than 18 billion pound ($23 billion) Hinkley C plant in 2016, but it was criticised by organisations such as Britain’s National Audit Office for being too expensive.

Under the old financing model EDF was awarded 92.50 pounds per megawatt hour for its electricity, around double the current wholesale electricity price.

The consultation on the proposals closes on October 14.

LONDON, Dec 29: A Nepali youth lost his life while playing a football match with his friends in Birmingham. The... Read More...