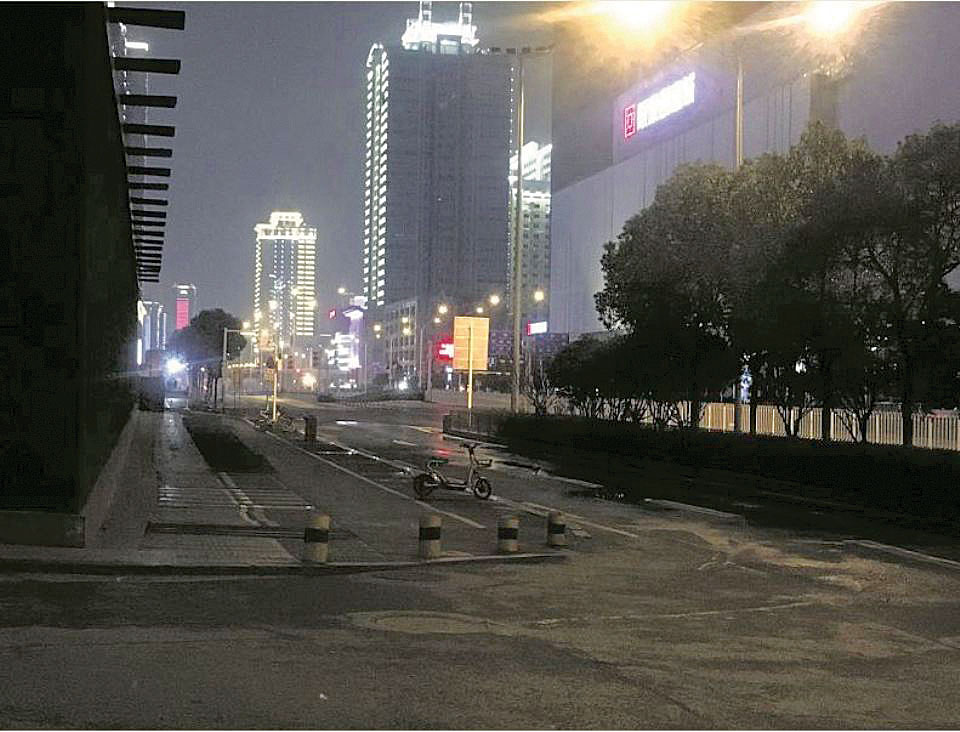 Why is our government not responding to the call of Nepali citizens in China? It should not put the lives of Nepali people in danger

In an open letter to the Prime Minister published on Sunday, chief editor of Naya Patrika Krishna Jwala Devkota has written about the distress his sister, brother-in-law and their young child are facing in the epicenter of coronavirus outbreak in Wuhan. According to him, his sister and some other Nepali citizens from China call him time and again asking for help because they believe that he could communicate their concerns to authorities in Nepal. Despite his regular contacts with various ministers and ministries, he admits he has come to feel helpless due to government’s inaction in this matter, despite assurances.

There are chances that this open letter will influence the public opinion and also push our government to hasten the process of evacuation. Nepali citizens in Wuhan, most of them students, have sought government’s help to rescue them from a virtual ‘imprisonment’ within their residences. Television channels and You Tube videos have shown how the streets of Wuhan which once used to be busy and vibrant have been almost deserted. If one has other family members especially children who are also at the risk of infection and people of other nationalities are rescued by their governments right before your eyes, it is not unnatural them to feel helpless.

Life in distress
The family members and relatives of the people forced to be in Wuhan have been to various ministries and sought for help to evacuate their loved ones and bring them back to Nepal. They have been doing that because their family members and relatives in China have been asking them to take this issue to the concerned authorities in Nepal. Devkota’s open letter is one such act of pressuring lethargic Nepali authorities.

Rescuing citizens from an area of coronavirus epidemic is not easy for country like Nepal with very poor health system. Some experts have suggested that evacuations, if not done by following standard procedures, may lead to the spread of infections in other parts of the world as well. Not every country has ability and administration like that of China. World’s one of the largest economy and technologically advanced China has been appreciated for its way of fighting coronavirus but it too has not been able to contain the epidemic. It is very difficult to contain continuously mutating viruses. Most probably Nepali authorities are scared that they do not have ability to contain the coronavirus epidemic if it happens in Nepal. Nepali authorities might have thought that if the evacuees bring coronavirus with them it would be difficult to contain its spread in Nepal.

Nepal’s Foreign Ministry, Home Ministry, Culture, Tourism and Civil Aviation Ministry and Health and Population Ministry have been saying that they are making preparations to evacuate Nepali citizens from Wuhan. If news reports are to be believed they have even finalized the places where evacuees would be placed in quarantine for a couple of weeks before they could go to their respective families. But not much has been done about it.

What others have done
Not only developed countries like the US, Canada, the UK, France and the Netherlands countries of Eurasia such as Tajikistan and Kyrgyzstan also have evacuated their citizens from Wuhan and other surrounding areas of China. Similarly, citizens of Brazil, South Korea, Singapore and Malaysia also had opportunity of returning to their homeland with the assistance of their governments. Australia and New Zealand have evacuated the citizens of some Pacific Island nations in addition to their own.  Even Taiwan has been taking Taiwanese back to home from mainland China. Our southern neighbor India has already taken its citizens from the epicenter of coronavirus outbreak.

According to The Hindustan Times, India’s Ministry of External Affairs has offered help to neighboring countries for evacuating their citizens from Wuhan. India has been traditionally evacuating Nepali citizens whenever they are in natural calamities or other emergencies. Nepali authorities have said nothing about India’s offer of help but India must have asked Nepali authorities about this.

According to The Washington Post, the only country that has not evacuated the citizens from dangerous Wuhan and other areas of China is Pakistan. Family and relatives of Pakistani citizens in Wuhan and surrounding areas have been asking Pakistani officials to bring their near and dears to home. However, with an aim of winning the heart of its very important ‘development and strategic partner’ China, Pakistan has not been paying heed to demands of its citizens in Wuhan.

According to news reports, China has been unhappy with the US and other Western countries for spreading the ‘false’ news about the dangers of coronavirus, thus defaming China. China has accused them of acting in unfriendly and hostile way during this difficult time. According to news reports, China has also been asking countries not to hurry to evacuate their citizens because that would give a negative message about China for relatively a long time. China wants to give a message to the world that it has ability to contain this. Pakistan most probably is trying to show solidarity with China by not taking its citizens back.

But why is our government not responding to the call of Nepali citizens in China? Nepal’s government should not put the lives of Nepali people in danger just because it thinks China would be happy. China is a military and economic superpower. It won’t mind Nepal taking Nepalis back home during such times of crisis. Even if it will be unhappy, we will be able to convince China. For a country nothing is more important than lives, happiness and wellbeing of its fellow citizens.

Seek help
If Nepal thinks that it does not have ability to treat coronavirus infected people and take care of them during quarantine, we can ask for help with other countries. Most probably China won’t be able to help because of the gravity of the problem it has been facing at home. In that case, India could be of help to us. Asking India to evacuate our citizens and then manage the situation during quarantine will be in line with India’s traditional ‘sphere of influence’ thinking. Most probably Nepal’s communist government does not want India’s help in rescuing its citizens from China.  If we do not have ability to evacuate our citizens from Wuhan and manage the quarantine after they come to Nepal, we should not hesitate to ask for help. We need to keep the wellbeing, security and happiness of our citizens first. If they want to come back to Nepal, they should be allowed to come.

The author is Managing Editor of Nepali Journal of Contemporary Studies
Email: shiva.irs5@gmail.com